Guess How Much Less Trump Would've Paid in '05 Under His Tax Plan? 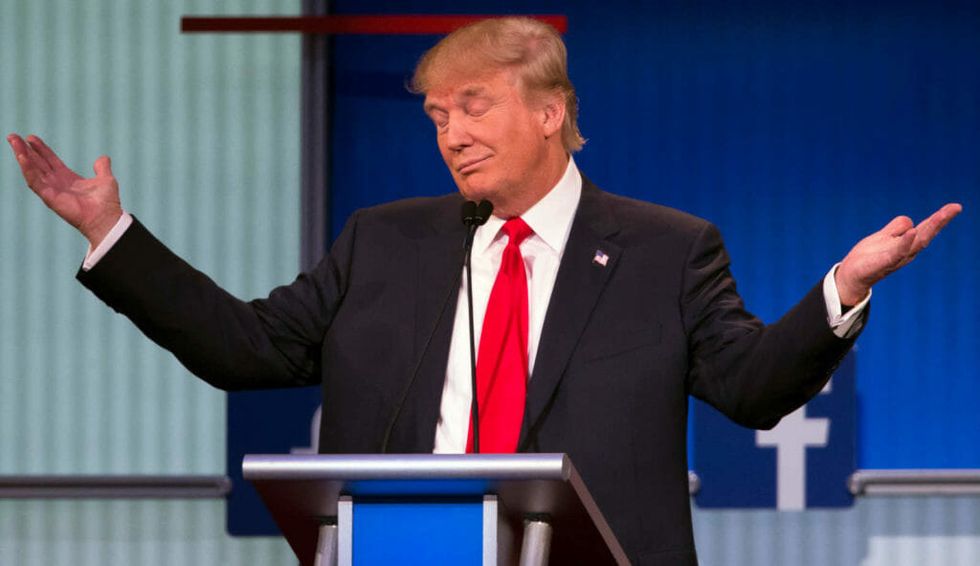 Now that we've seen part of President Donald Trump's 2005 tax returns, we know that he paid $38 million in taxes that year. But under his proposed tax plan he would have paid far less.

In 2005, Donald and Melania Trump reported an income of $152.7 million, but $103.2 million in "negative income" from depreciation, according to a White House statement.

The Trumps paid around $36.5 million in taxes, a tax rate of about 25 percent. This is because the Alternative Minimum Tax (AMT) does not allow taxpayers to deduct all of their negative income from their positive income. Without the AMT, the Trumps would have paid $5.3 million dollars, a tax rate of less than 3.5 percent.

David Cay Johnston, the reporter who received the two pages of Trump's taxes in the mail, noted the possibilities under the new Trump tax plan. “If we didn’t have the alternative minimum tax, he would have paid taxes at a lower rate than the poor who make less than $33,000 a year.”

Under Trump's plan, the AMT would be eliminated. The original intention of the AMT was to keep the wealthiest Americans from writing off their taxes entirely. It only applied to a 19,000 people. Now, the AMT effects almost 5 million Americans. People who have to pay the AMT calculate their taxes with deductions and without deductions and then must pay the higher amount.

Trump's tax bill would also decrease under his plan because

it would cut taxes on profits from companies distributing those profits directly to shareholders to the 15 percent rate that corporations pay. This would be especially beneficial to CEOs, who are paid through company profits instead of a salary. Since Trump's companies are structured this way, he'd benefit even more than most.

Trump is the first president not to release his taxes since Gerald Ford. Throughout the campaign, he claimed he was unable to do so because he was under investigation by the IRS. In this instance, however, the White House confirmed the information on the 2005 long-form tax document prior to The Rachel Maddow Show, proving again that it is possible for Trump to share that information.

That didn't stop the president from complaining that it was fake on Twitter, however.

The investigative reporter claims to have a long-standing relationship with Trump that includes Trump calling Johnston's home. He also speculated that Trump may have been the one to send him the tax forms, a claim that some say makes sense given the "Client Copy" stamp at the bottom of the return, though exactly why Trump would choose to give Johnston--one of his most pesky critics-- a larger platform leave others doubting this scenario.