The Flu Shot May Not Prevent the Flu, But That’s Not Why You Should Get It 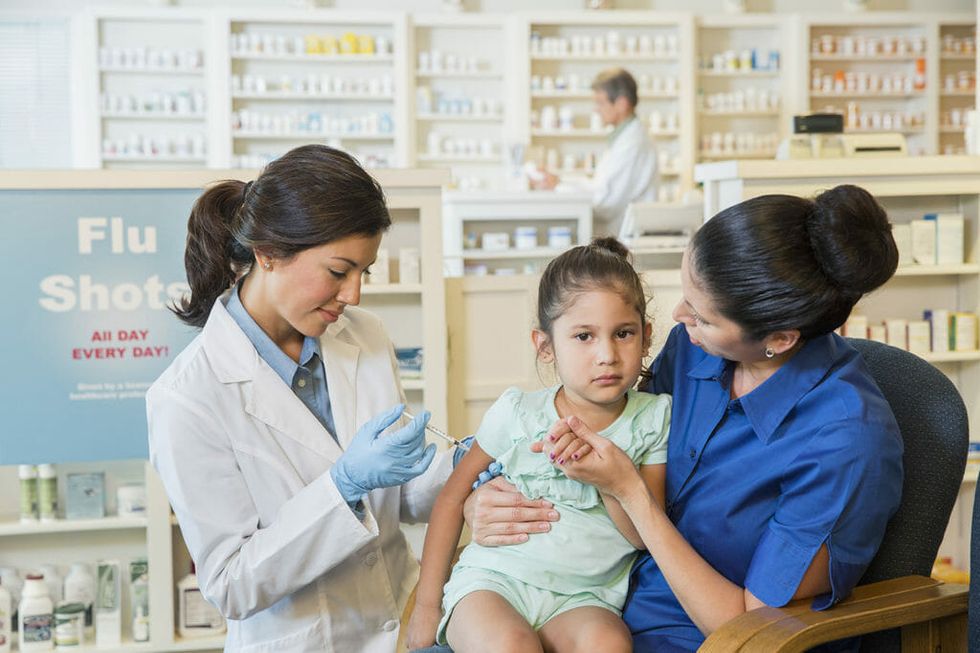 Despite pharmacy warnings and advertisements everywhere, over half of the U.S. still avoids the flu shot every year.

There are plenty of reasons to avoid a shot that may or may not even prevent the flu — fear of needles, fatigue and muscle aches are just a few deterrents from going through with the shot. A person may even remain unvaccinated and avoid getting sick out of sheer luck.

Yet, all of these are based on misunderstandings about the flu shot and influenza.

Each year, Americans are told that the flu shot does not cause influenza and that the flu can kill even healthy people — but is this enough to convince Americans of its necessity? Especially since the shot does not become effective until a few weeks following vaccination, and one can still acquire the flu in the immediate days following the shot, or if the strain of flu virus circulating does not match the vaccination.

However, a couple of factors often overlooked are that, for one, even if you still contract the flu, the flu shot vaccine can help fend off the potentially fatal complications that can arise; and second, while the vaccination may not ward off a flu infection that is already brewing, it will keep others from contracting the illness.

As it turns out, because influenza does not strike Americans as quite serious, 48 percent of polled individuals without plans to get a flu shot admitted they didn’t feel they needed one.

Certainly, influenza can kill healthy people, but typically, people live through it — but only because of modern medicine. In the past, influenza was much more deadly without a regimen of medicines to treat it and illnesses like it.

A key component of modern medicine, which has made the flu so much less deadly now than in the past, is herd immunity. Of course, the average young and healthy person probably has little concern of developing a dangerous side effect of the flu, but the benefits of herd immunity is not even directed at the young and healthy: it is for the more susceptible among us — the pregnant, the very young, the elderly and the immunocompromised. For these people, immunization is crucial, but only if the vast majority of the population is taking part.

The importance of getting the flu shot is compounded by the fact that babies under six months and the severely immunocompromised are unable to get the shot, as it would not vaccinate them, but simply make them ill. They are also at higher risk of deadly side effects, like pneumonia.

Though some immunosuppressed people are well enough or functioning enough to vaccinate, many older people, for example, are more susceptible to the flu virus due to weaker immune systems. A study in England and Wales determined that vaccinating young people was a more viable strategy in flu prevention in the elderly than vaccinating the elderly themselves. This is because immunization is contingent on immune cell response to a deactivated form of the virus, which, when unsuccessful, renders the shot less effective.

For the pregnant, the flu shot is essential: influenza causes fever, which can permanently damage a fetus. Consequently, the mother is also apt to become more sickly when infected while pregnant.

Herd immunity helps these immunosuppressed and immunocompromised groups especially because, once a certain threshold of vaccinations is achieved, it is not nearly as worrisome that the very old and very young are not vaccinated, as the virus will not spread with the same capability.

This would require vaccination of around 80 to 90 percent of the population, depending on the effectiveness of the shot in that year. In the 2016-2017 flu season, the states with the highest vaccination rates still only measured 50.8 to 55.4 percent vaccinated, which is not nearly enough for herd immunity to function.

But hundreds of thousands of people saw hospitals during flu season, and thousands more have died from influenza. This is a reality.

This is not about the vast majority of Americans who will survive the 2017-2018 flu season and subsequent seasons; it is for those who have no decision in whether they get ill or not.