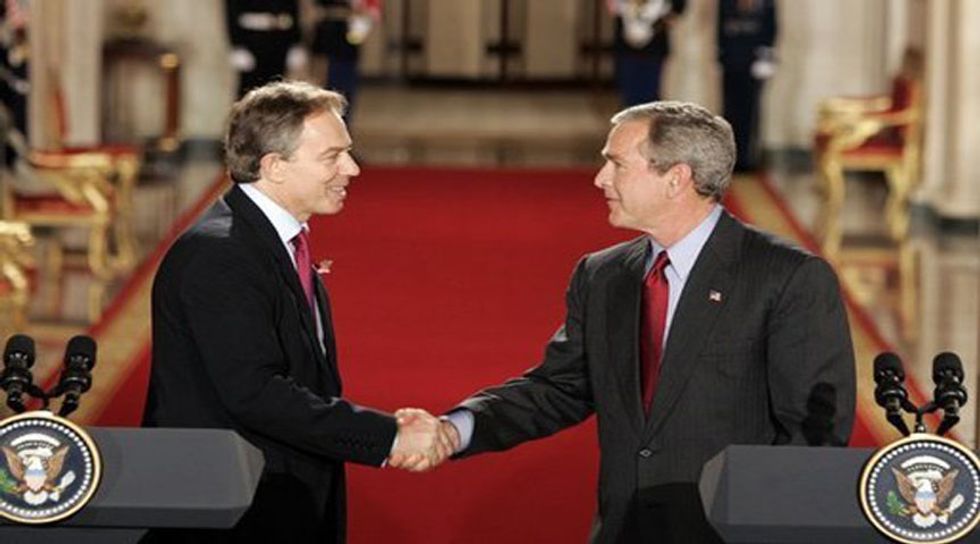 [DIGEST: The Daily Mail, The Washington Post, The Guardian]

A memo leaked to the United Kingdom’s Daily Mail on Sunday shows that former British Prime Minister Tony Blair supported military action in Iraq as early as 2002, a year before the British Parliament approved it.

The memo, which surfaced as a result of the Clinton email inquiry, was written to President Bush in advance of a 2002 meeting between Blair and Bush in Crawford, Texas, by then-Secretary of State Colin Powell. In it, Powell stated that “Blair will be with us should military operations be necessary.”

In 2009, a British public investigation, referred to as theChilcot Inquiry after its chairman Sir John Chilcot, was launched to examine Britain’s decision to become involved in Iraq, after family members of those killed in the conflict expressed concern that the British people had been lied to about the threat posed by Iraq. In testimony before the Inquiry, Blair denied giving any private assurances to President Bush that he would unequivocally support military action in Iraq. Many believe this memo contradicts those denials.

At the time of the Crawford meeting, Blair publicly stated that he was still “considering all the options.” In 2010, Blair reiterated his purported hesitancy to engage in military action, stating that “[t]he only commitment I gave, and gave openly, was a commitment to deal with Saddam . . . There was a general discussion of the possibility of going down the military route, but obviously we were arguing very much for that to be if the U.N. route failed.”

Blair’s testimony and public statements were in stark contrast to that of Sir Christopher Meyer, Britain’s Ambassador to the United States, who told the Chilcot Inquiry that his exclusion from meetings in Crawford kept him from knowing “what degree of convergence was, if you like, signed in blood at the Crawford ranch.”

Despite the assurances of Blair’s office, others believe the memo indicates a much larger cover up. Alex Salmond, a foreign affairs spokesman for the Scottish National Party, stated in an interview with The Guardian that “the net was now closing” around Blair. He continued, “The memo contradicts claims from Mr. Blair that all that time he had been seeking diplomatic ways to avoid an invasion. It also adds weight to the evidence . . . that the military timetable and preparation for invasion took precedence over any diplomacy and specifically over the timetable for the weapons inspectors led by Hans Blix.”

The emails shed a negative light not just on Prime Minister Blair, but on President Bush. The memo appears to contradict President Bush’s alleged determination to avoid war with Iraq. As late as March 8, 2003, he was reported as saying “[w]e are doing everything we can to avoid war in Iraq,” and in August 2010, President Bush again denied having any timetable to go to war with Iraq, stating that there was no “imminent war plan.” These statements are at odds with the memo, in which Secretary Powell states that “Blair continues to stand by you and the U.S. as we move forward on the war on terrorism and on Iraq.”

In a twist of irony, the once-classified memo was one of a batch of emails on Hillary Clinton’s private server, which were released following a Freedom of Information request as part of an ongoing and apparently politically motivated investigation: It was recently revealed that the taxpayer-funded $4.5 million Benghazi investigation that led to the release of these emails was motivated by Republicans’ desire to hurt Clinton’s standing in the polls. It now appears the emails might damage former President Bush’s credibility and legacy.

In whatever light the memo is read, it is likely to put pressure on Chilcot to publish the results of the inquiry. Six years have elapsed since the inquiry launched, and no report has been published. Families of those killed in Iraq, desperate for answers, have threatened to go to court to compel the release. The report is expected to give insight into the timetable of decisions leading up to Britain’s involvement in the war.