That's how you do it. 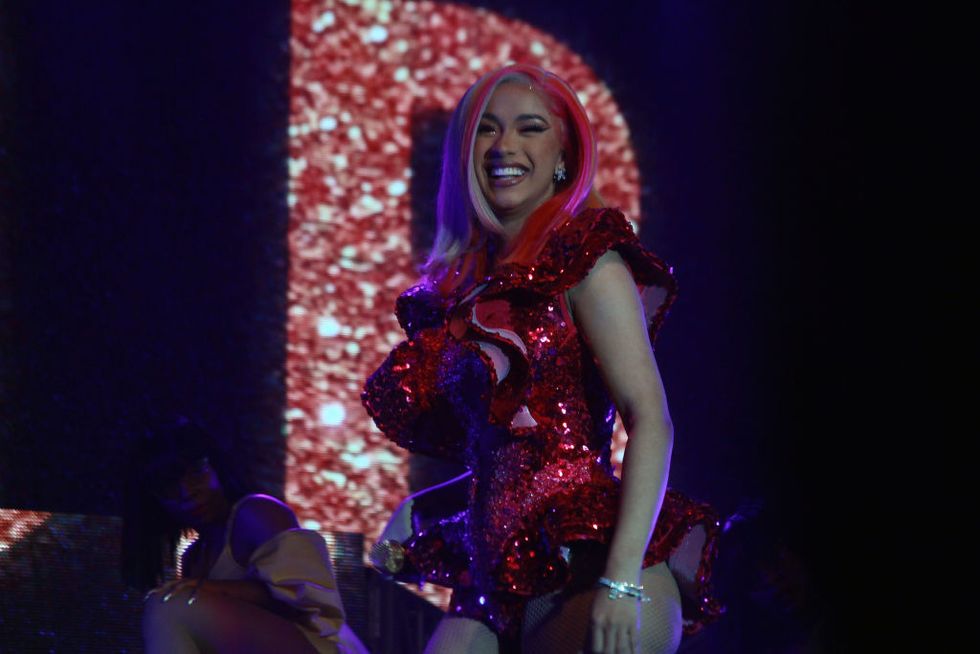 Rapper Cardi B's former AP Government teacher Joan Hill took to Facebook to defend her former student, whose pointed commentary on recent political developments––such as the government shutdown––made headlines (and made her the target of criticism) in the last few weeks.

“For those of you on my feed who are trashing Cardi B for representing a political voice,” she wrote, “she probably scored higher than you on the US History Regents exam and was in my AP govt class.”

Hill then went on to list several reasons why her former student's opinions shouldn't be silenced, including: "She has a national platform and is using it to talk about things that are important... why can't we respect that?"

Many praised Hill for defending her former student.

@BardiUpdatess We should all be grateful to teachers like JoAn Hill who obviously instills a passion for learning i… https://t.co/LpXgGq8Dxk
— Jeane Willis (@Jeane Willis) 1549293629.0

@BardiUpdatess A prime example of people judging a book by its cover. You better open it and read the table of contents. 💣
— Candy Hall (@Candy Hall) 1549282864.0

Cardi B has spoken highly of Hill, telling CBS in December 2018 that Hill continues to inspire her even now years after leaving high school.

"I know that she's strict, but every single day until this day of my life, Ms. Hill was always in my head," she said at the time.

Denise Reyes, another of Hill's former students, told The Daily Dot that the message indeed came from Hill, who regularly pushed her students to succeed.

“I think a lot of us were pretty scared of her if we didn’t do our homework or have our notes ready for class," she said. "She would yell at us. But we all know it came from a good place. Ms. Hill wanted all of us to succeed, she always made that known.”

Hill's defense comes after Cardi B made a widely seen Instagram video criticizing President Donald Trump's proposal for a border wall along the U.S.-Mexico border, a proposal that kicked off the longest government shutdown in history after he and Congress reaching a stalemate over funding the project.

“This shit is crazy,” she said in the video. “Like, our country is a hellhole right now, all for a fucking wall. And we really need to take this serious.”

The video soon went viral, making the rapper a target for President Donald Trump's supporters, including Fox News personality Tomi Lahren, who referred to her as "the latest genius political mind to endorse the Democrats."

Cardi B has spoken out against the president before. At the 60th Annual Grammy Awards, she participated in a video along with Hillary Clinton to read a portion of Fire and Fury, journalist Michael Wolf's insider account of the Trump administration.

She has also expressed support for former NFL football player Colin Kaepernick, whose decision to kneel in protest against police brutality and the inequities faced by people color have made him a regular target of the president's.

On Friday, Cardi B revealed she turned down the opportunity to perform at last night's Super Bowl to "stand behind" Kaepernick.