Want Birth Control? How Long Are You Prepared To Wait? 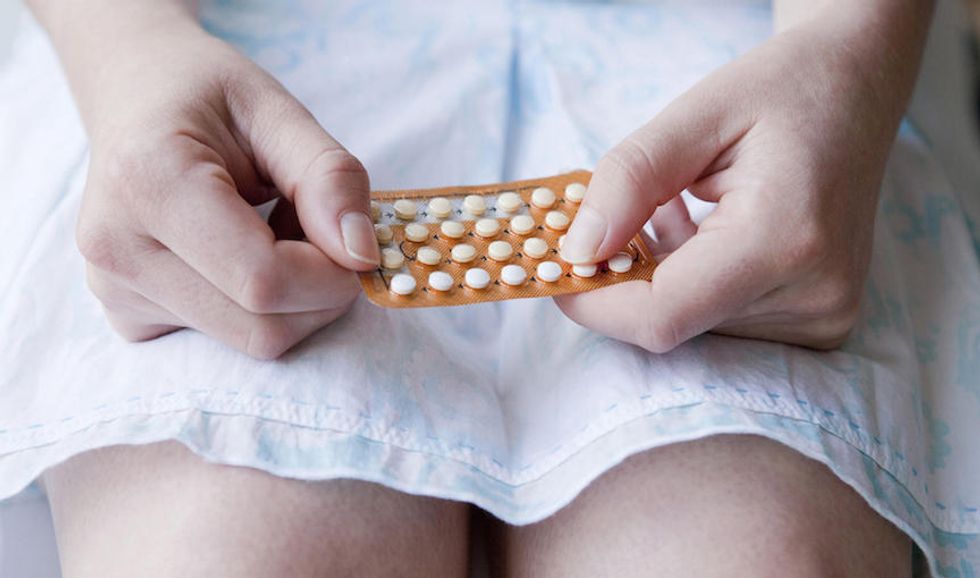 A 30-year old British woman recently made news for getting birth control. The catch? Her method of choice was permanent sterilization, and it took her four years of trying – including lobbying the National Health Service – to get it.

This situation is not unique to England. Many women seeking to find a permanent method of birth control are routinely turned away, despite it being a legal and safe procedure. Why? Their doctors think they’re too young.

Tubal female sterilization, also known as tubal ligation or, colloquially, “getting your tubes tied,” is one of the most common methods of birth control in the United States. According to the Guttmacher Institute, tubal ligation is the method of choice for close to 9.5 million women, second only to the birth control pill at 9.7 million. Yet that number is skewed toward older women, often who have already had children.

The American College of Obstetricians and Gynecologists affirms that tubal sterilization should be available to any woman. However, in interviews and on online forums, women–especially younger women who have never had children or are single – report being turned away again and again from the procedure. Often women have to wait years and meet with multiple doctors before finally finding one willing to perform it.

“Each doctor I went to had the same story – the new ones straight out of med school or the ones who’d been around the block for 30 years,” wrote 23-year old Victoria Amrhein.

A user of the online forum The Childfree Life had a similar experience. “So far I’ve asked

three doctors about a tubal ligation and they’ve all flat out told me no even after I discuss my reasons with them.”

“I’ve yet to come across a story of a woman without children who was granted sterilization on her first request,” said Cristina Richie, a Boston College Professor and author of a 2013 Hastings Center Report on voluntary sterilization for childfree women.

“Under some circumstances,” reads a Q&A about sterilization on Planned Parenthood’s website, “if a woman is young, single or childless – it may be hard to get a tubal sterilization.”

The State of the Law

Many women view this reluctance as patronizing, a throwback to paternalistic doctors dictating the course of an independent woman’s treatment options.

Today, female sterilization is legal – and has been since 1972, when courts removed restrictions requiring a medical threat for the procedure to be performed. However, some hurdles remain. Andrea Chiavarini, MD, an obstetrician-gynecologist in Portland, Oregon, observed that many women who came to her office seeking a tubal ligation “were told by

prior doctors that they wouldn't perform the sterilization until she was a certain age, an age that was always arbitrary--25, 27, 30. Some random number the doctors chose themselves."

For those wishing to have the procedure covered by Medicaid, the woman must be at least 21, and there is a 30-day waiting period between consent and the procedure.

But beyond that, there is no legal basis to stop a woman from having the procedure. A position echoed by the American College of Obstetrics & Gynecology, which issued a policy statement in 2013 stating that “[i]n a well-informed woman, age and parity should not be a barrier to sterilization.”

If performing tubal ligation is legal, where does this resistance come from?

While the procedure itself carries some risks, in that it usually requires surgery (there is one method, called Essure, that is performed nonsurgically), the American College of Obstetrics and Gynecology has deemed tubal ligation a “safe and effective method of permanent contraception.” The death rate is about 1 to 2 per 100,000, and most of those deaths are the result of reactions to anesthesia.

This rate is comparable to other elective surgeries – like breast augmentation or face lifts. And it is far lower than others, such as liposuction, which can result in as many as 100 deaths per 100,000.

Some have speculated that the concern may be due to risk of lawsuit should the patient change her mind. However, the prospect of a lawsuit seems dim, given that the patient

would have to prove she did not give informed consent. The recommended pre-sterilization counseling coupled with the waiting time between the appointment and the procedure makes that unlikely.

What remains then is concern for the patient’s well-being. The American College of Obstetrics and Gynecology emphasizes the issue of regret in its guidelines. “It is important to attempt to reduce the likelihood of post-sterilization regret with thorough and effective counseling that takes into account known risk factors.”

That is certainly true – female sterilization is usually permanent, and anyone opting for the procedure should fully understand that. And there are a significant number of women who end up regretting the surgery – up to 26 percent, with women who were sterilized under the age of 30 being twice as likely as older women to have misgivings.

However, once the information is relayed, it should no longer be the doctor’s role to dictate the patient’s future. “Regret is the competent woman’s burden, not the doctor’s,” said Richie. “Very few providers of other permanent elective treatment like plastic surgery refuse treatment over fear of regret. Why should sterilization be any different?”

“There is a misconception among physicians that young women do not have the maturity to make a permanent decision about their desire to have children,” stated Dr. Chiavarini. “What I have seen in my practice is that, as with anything, there is a broad range of maturity levels among women of all ages, and a multitude of reasons why women choose to have or not have children. For many of the younger women who seek permanent sterilization, they

have well thought-out reasons for their decision. They may have a medical condition that would make pregnancy very difficult or strong family history of certain conditions that they don't want to pass on.”

Eve Espey, chair of the Department of Obstetrics and Gynecology at the University of New Mexico, discussed the worry of regret and the tension between paternalism and autonomy. “In some ways, it’s very difficult to see a 22-year old make a decision for the 35-year old she will be someday and not have major concerns that she might regret that decision. On the other hand, at what point do you say, ‘Of course the woman is autonomous and can make her own decisions about her reproductive health?’”

Men Typically Do Not Face the Same Hurdles

The battle between paternalism and autonomy is also particularly striking given that men who seek vasectomies are generally not prevented from doing so, no matter their age. Lori Witt describes her year-long attempt to find a doctor to perform a tubal ligation at age 27, before finally asking her husband to have a vasectomy instead. He was given one with few questions asked.

Vasectomies too are considered permanent. While they can be reversed, so too can tubal ligation, with about the same success rate (though the female reversal is more involved). A vasectomy reversal results in pregnancy in 30 to 70 percent of cases, depending on how quickly it is reversed, versus 40 to 85 percent for tubal ligation.

beginning to be covered by insurance because they are considered a cheaper alternative to in vitro fertilization.

The double standard leaves many women doubly frustrated, reinforcing the sense that they do not have control over their bodies. Dr. Chiavarini noted that “the argument that they should use other methods of birth control until ‘a certain age’ and then get sterilized doesn't make sense to them, because they know now that they don't want children and don't want to take any chance of having a birth control failure.”

Maria Cook recounted her multi-year struggle to find a doctor to perform the procedure for her while she was in her 20s. When she got to the fifth doctor – the doctor who ultimately performed the surgery – “I told him a lot of things. I told him how powerless I felt over my own body and my own future. I told him how sick I was of demeaning questions about a hypothetical husband.”

Said Anne Trate, a 28-year old who sought the procedure, “I felt like I was only allowed to make reproductive decisions if they fell in line with the status quo. Basically my life could be anything I wanted it to be as long as it was motherhood.”