When Does 'Altered Carbon' Season 2 Come Out on Netflix? 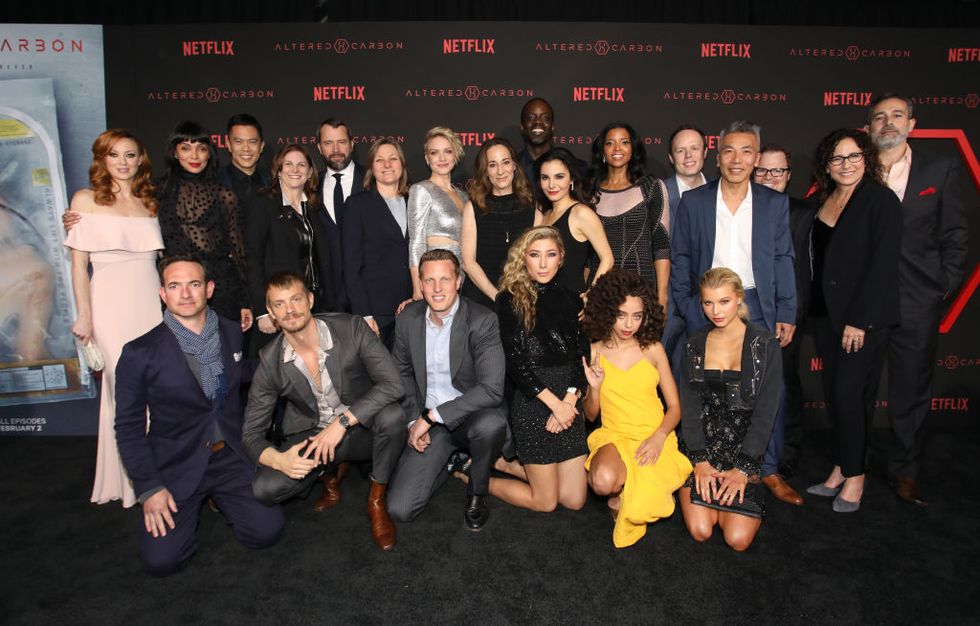 The World Premiere of the Netflix Original Series "Altered Carbon" on February 1, 2018 in Los Angeles, California. (Photo by Rachel Murray/Getty Images for Netflix)

Altered Carbon, the anticipated sci-fi thriller, premiered its first season on Netflix on Feb. 2nd. The 10-episode series, based on a 2002 novel of the same name by Richard K. Morgan, takes place in a "future where consciousness is digitized and stored," according to the Internet Movie Database (IMDb). The story follows a prisoner who, after returning to life in a new body, must solve a murder.

Altered Carbon was created by Laeta Kalogridis, who penned the screenplay for Martin Scorsese's popular thriller, Shutter Island. Kalogridis also executive produced James Cameron's Avatar, which still holds the record for the highest grossing movie of all time (2.7 billion), according to Forbes.

So when it comes to fantasy and thrillers, Kalogridis is queen. However, the show received mixed reviews from critics in the days leading to its release. Rolling Stone calls Altered Carbon a "Game of Thrones-caliber hit." Other critics feel a bit differently, like Benjamin Lee of The Guardian, who calls the series "silly" and "flawed" but "fun".

Many critics draw comparisons to Blade Runner for the show's attempt at sci-fi-meets-film-noir. For The New York Times, Altered Carbon is a "low-rent Blade Runner knockoff with basic-cable production values."

Altered Carbon Season 2 has not yet been officially confirmed. In an interview with NME, the show's star, Joel Kinnaman (House of Cards), says he doesn't know if there will be a second season. However, the AV Club pointed out that the source novel for Altered Carbon is only the first book of a trilogy. Like Game of Thrones, multiple-novel source material usually means there will be future seasons... if the show is any good.