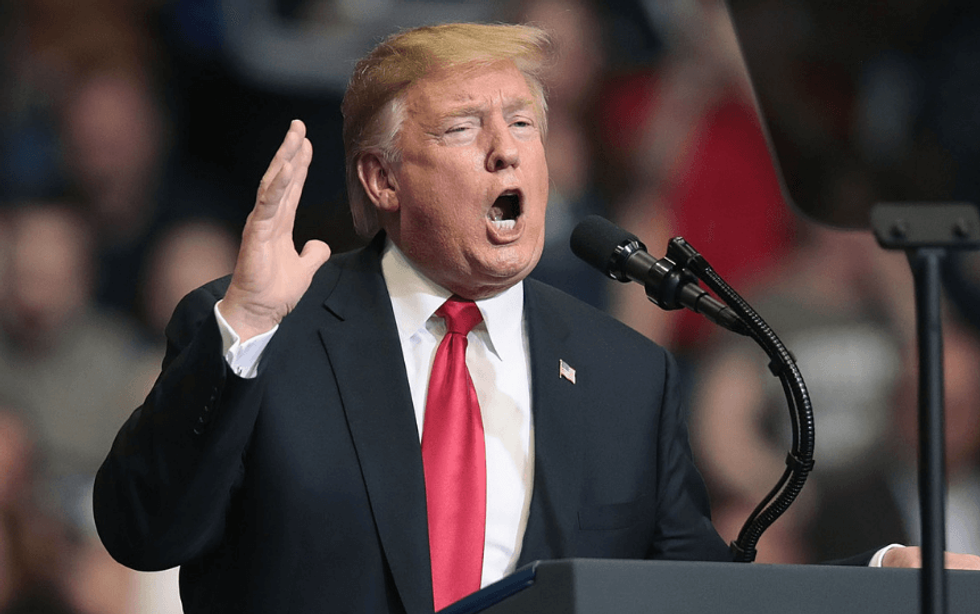 Donald Trump's actions and rhetoric regarding Puerto Rico have been fraught with missteps: throwing a roll of paper towels as a gesture of "hurricane aid," calling Puerto Ricans lazy, and more.

Last night, in a tweet about the Senate's clash over disaster aid, he referred to Puerto Rico as a "place" - quotation marks and all - and people aren't sure how to take it.

The "place" Trump is referring to is is an unincorporated United States territory - meaning that it is a part of the United States.

Trump's series of tweets on Monday say, in part, that Puerto Rico is "taking dollars away from our Farmers" - despite the fact that relief funds for Puerto Rico would not affect funding for Midwestern disaster aid.

@realDonaldTrump 1) $91 billion is the toll of the damages Puerto Rico sustained from hurricane Maria, not how much… https://t.co/lZjUT8gK0G
— Robert Maguire (@Robert Maguire) 1554206410.0

@realDonaldTrump hey, remember when our president called the people of Puerto Rico lazy and let them drown in the d… https://t.co/xrioVxEeAy
— Jeff Tiedrich (@Jeff Tiedrich) 1554173659.0

The aid money Trump is referring to is in response to the devastation following Hurricane Maria, which left 3000 people dead and many more without power or water. Trump claims - inaccurately - that "Puerto Rico got 91 Billion Dollars for the hurricane, more money than has ever been gotten for a hurricane before," and saying that the "crazed, incompetent" mayor and "incompetent, corrupt" politicians are squandering United States money.

@realDonaldTrump Simply not true. Puerto Rico has not already gotten $91 billion. This is an estimate for federal… https://t.co/iiT2k17zjM
— Steven Greenhouse (@Steven Greenhouse) 1554205581.0

Disaster aid has been a point of contention between Republicans and Democrats. Republicans widely oppose sending more aid to Puerto Rico, citing concerns about funding for flood and tornado-ravaged Midwestern states. Democrats argue that a $600 million allocation for nutritional aid in Puerto Rico isn't enough.

@realDonaldTrump If you needed proof that Donald doesn’t believe Puerto Rico is part of the USA... Here’s the tweet.
— Angela Belcamino (@Angela Belcamino) 1554205397.0

Notice what Trump is distracting with and very purposefully using to rally his base: the “Others.” The brown peop… https://t.co/NJkduHnTIv
— Amy Siskind 🏳️‍🌈 (@Amy Siskind 🏳️‍🌈) 1554213426.0

Despite the president's questionable use of quotation marks, Puerto Rico deserves better.