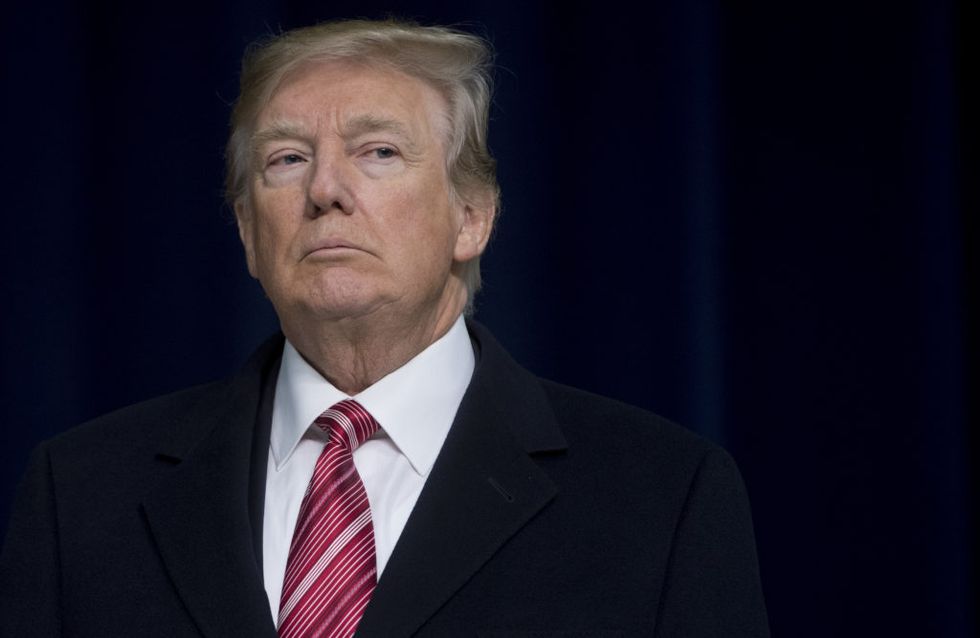 The letter, which was sent on March 22, 2018, asked that managerial control of the hotel be returned to the Trump Organization, which was evicted from the hotel and lost its management rights last month. Hotel owner Orestes Fintiklis renamed the hotel The Bahia Grand Panama. Trump's name was removed from the hotel immediately following the March 5 ruling.

We appreciate your influence in order to avoid that these damages are attributed not to the other party, but to the Panamanian government by virtue of a clear violation of the protections of the treaty, specifically by a denial of justice.

Lawyers for the Trump Organization denied that they were trying to use political pressure.

The letter suggests that the Panamanian government would face consequences if it refused to comply. The letter also notes that while the Trump Organization understands “the separation of powers” in Panama, Valera should interfere with the ongoing legal proceedings anyway.

The Trump Organization didn’t like how the courts ruled, so they asked Panama's president to intervene — though tha… https://t.co/sGAtdETToo
— New York Magazine (@New York Magazine) 1523367500.0

It also claims that rescinding control of the hotel violates two standing treaties between the United States and Panama.

Wow, this story: the Trump Organization's lawyers in Panama wrote to the president of Panama to "URGENTLY request"… https://t.co/Wde1UHOpa9
— Daniel Dale (@Daniel Dale) 1523297493.0

The request also said that cooperation would "avoid potential damage to the Panamanian state." The letter was CC'd to Panamanian cabinet officials, and the lawyers who drafted it “URGENTLY request your influence in relation to a commercial dispute involving Trump Hotel aired before Panama’s judiciary.”

In addition to the letter, lawyers for the Trump Organization filed an appeal with Panama's Second Civil Court, in which it referred to the previous ruling as "a possible procedural fraud and abuse of rights."

In a statement, the United States Embassy in Panama said that "matters related to the Trump Organization are sent directly to the White House." President Donald Trump vowed to separate himself from his businesses when he took office in 2017, however, there is little evidence that he has done so. And while his sons, Donald Jr. and Eric took over day-to-day operations, the embassy's comment implies that the president is still deeply involved in his company's activities.

But even if the president was unaware of what was going on, the letter “implicitly traded on President Trump’s name and power,” said University of Minnesota political governance expert Lawrence Jacobs.

“This could be the clearest example we’ve seen of a conflict of interest stemming from the president’s role as head of state in connection with other countries and his business interests,” said Danielle Brian, executive director of The Project on Government Oversight, a Washington ethics watchdog group.

Lawyers for the Trump Organization appealed directly to the president of Panama in a letter asking him disregard hi… https://t.co/CYeG89pDyg
— Robert Maguire (@Robert Maguire) 1523299157.0

International law specialist Francisco Pérez Carreira said that the letter "is an abuse" for the Trump Organization to meddle in the case before all legal avenues have been taken. Panamanian Bar Association Vice President Juan Carlos Araúz emphasized that Valera cannot interfere in ongoing litigation.

Every trial before the courts involves a process about the competence of the judge to decide in this or that direction. That activates the mechanisms to challenge those decisions. The executive is prevented from intervening.

Minister of the Presidency Álvaro Alemán, added to this, saying that "the Executive Branch cannot interfere in a matter that is the exclusive competence of the judicial branch or an arbitrator."