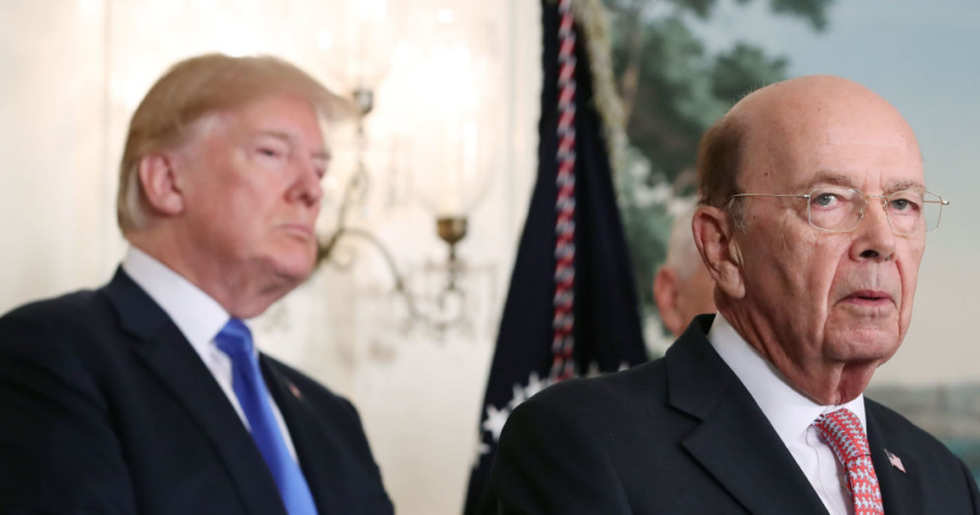 U.S. District Judge Jesse Furman has ordered the Trump administration to halt plans to add a citizenship question to the 2020 census. The ruling is a win for critics who say the question is unnecessary and intrusive; U.S. households have not been asked about citizenship status since 1950.

The plaintiffs in the suit argued that the citizenship question was a calculated move by the Trump administration to drive down the response rate from immigrant groups and minorities.

BREAKING: A federal court rejected the Trump administration’s inclusion of a citizenship question on the 2020 censu… https://t.co/XNvdQDlMA7
— ACLU (@ACLU) 1547563864.0

Furman said the question violated the Administrative Procedure Act (APA), a law which requires agencies to study an issue before implementing it or changing prior policies. Furman said the Trump administration failed in this regard, adding that Commerce Secretary Wilbur Ross, who oversees the Census Bureau, provided "pretextual" reasoning for the move:

“Most blatantly, Secretary Ross ignored, and violated, a statute that requires him, in circumstances like those here, to collect data through the acquisition and use of ‘administrative records’ instead of through ‘direct inquiries’ on a survey such as the census.

Additionally, Secretary Ross’s decision to add a citizenship question was ‘arbitrary and capricious’ on its own terms: He failed to consider several important aspects of the problem; alternately ignored, cherry-picked, or badly misconstrued the evidence in the record before him; acted irrationally both in light of that evidence and his own stated decisional criteria; and failed to justify significant departures from past policies and practices ― a veritable smorgasbord of classic, clear-cut APA violations."

Furman's ruling was praised by Dale Ho, the director of the ACLU’s Voting Rights Project, which represented some of the plaintiffs at trial.

In a statement, he said:

“This ruling is a forceful rebuke of the Trump administration’s attempt to weaponize the census for an attack on immigrant communities. The evidence at trial, including from the government’s own witness, exposed how adding a citizenship question would wreck the once-in-a-decade count of the nation’s population. The inevitable result would have been — and the administration’s clear intent was — to strip federal resources and political representation from those needing it most.”

The Trump administration is expected to appeal the decision, but that didn't stop people from savoring the victory.

Pleased a federal judge struck down the attempt by the Trump Administration to add a citizenship question to the 20… https://t.co/fZ9jcjFDhW
— Ted Lieu (@Ted Lieu) 1547569069.0

The Trump administration’s scheme to rig the 2020 Census threatens American democracy and was struck down in court… https://t.co/ekQWOmQY54
— Eric Holder (@Eric Holder) 1547571975.0

Among those who disagreed with the ruling was Pete Hegseth, a weekend co-host on "Fox and Friends," long considered the president's favorite television program. Hegseth said the decision came from a "rogue" judge and that the ruling "will be––and should be––appealed to the Supreme Court."

The ruling is significant, as Buzzfeed reporter Zoe Tillman notes, because although numerous district court judges "have ruled against the Trump administration in litigation over the citizenship question," this was the first trial, marking "the first final order from a judge blocking the addition of the question of the 2020 Census."

A number of district court judges have ruled against the Trump administration in litigation over the citizenship qu… https://t.co/tBDTFawnnZ
— Zoe Tillman (@Zoe Tillman) 1547564305.0

Kelly Laco, a Justice Department spokeswoman, released a statement saying the Trump administration was within its legal right to ask the citizenship question:

President Donald Trump has not yet commented on the ruling.