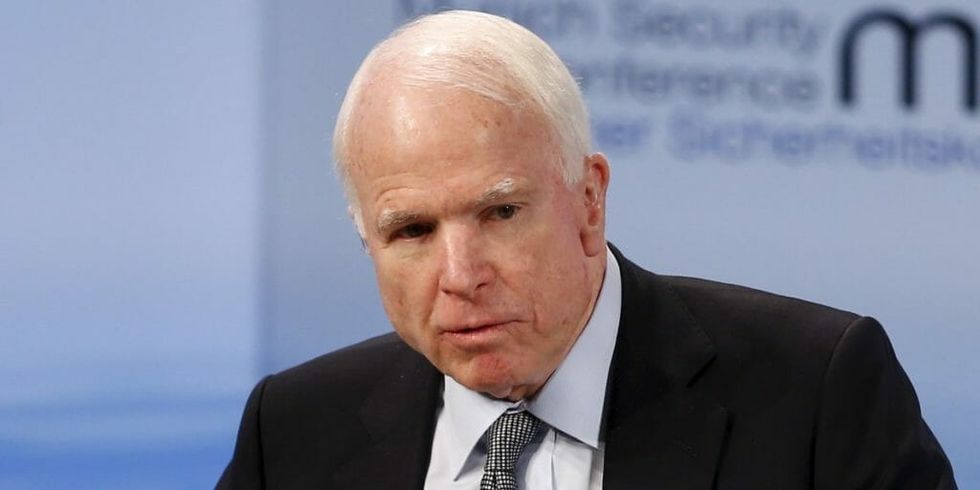 Speaking on CBS's Face the Nation yesterday, Senator John McCain (R-AZ) had sobering words for the Senate health care bill's prospects. He said the measure. which aims to repeal and replace the Affordable Care Act, is “probably going to be dead” when Congress returns today from the July Fourth recess.

“My view is that it’s probably going to be dead,” McCain said. “But I’ve been wrong. I thought I’d be president of the United States. But I fear that it’s going to fail.”

McCain proposed Republicans "go back to the beginning" and include Democrats, who have formed a unified front against the bill, in deliberations.

"Introduce a bill," McCain said. "Bring it to the floor. Vote on it. That's the normal process, and if you shut out the adversary or the opposite party, you're going to end up the same way Obamacare did when they rammed it through with 60 votes. Only guess what? We don't have 60 votes."

McCain is correct. Senate Majority Leader Mitch McConnell needs at least 50 votes in the Senate to pass the bill, which means only two Republicans can oppose it without grinding deliberations to a halt––and that's assuming no Democratic support. In recent days, McConnell himself has suggested Republicans might need to compromise with Democrats to amend the ACA should efforts to repeal and replace it fail outright.

"If my side is unable to agree on an adequate replacement, then some kind of action with regard to the private health insurance market must occur," McConnell told constituents in Glasgow, Kentucky last week. "No action is not an alternative. We've got the insurance markets imploding all over the country, including in this state."