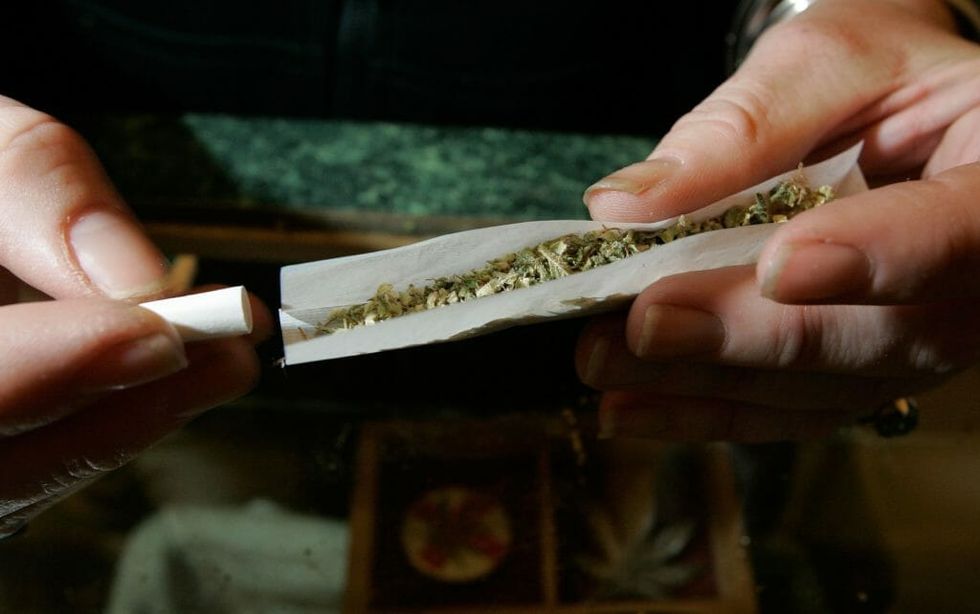 San Francisco prosecutors will retroactively apply California’s marijuana-legalization laws to past criminal cases, dismissing thousands of marijuana-related convictions of residents dating back to 1975. The decision affects thousands whose marijuana convictions have made it difficult for them to secure employment or obtain certain government benefits.

Proposition 64, which state voters passed in November 2016, legalized recreational marijuana use for individuals 21 and older and permitted the possession up to 1 ounce of cannabis. The legislation, per The San Francisco Chronicle, "also allows those with past marijuana convictions that would have been lesser crimes — or no crime at all — under Prop. 64 to petition a court to recall or dismiss their cases."

But District Attorney George Gascón acknowledged that leaving it up to individuals to petition the courts would be not only time-consuming, but costly, and so he gave San Francisco prosecutors the go-ahead to "review and wipe out convictions en masse." Gascón said his office will dismiss and seal more than 3,000 misdemeanor marijuana convictions in San Francisco dating back to 1975. Prosecutors will review and, if necessary, re-sentence 4,940 felony marijuana cases.

While drug policy on the federal level is going backwards, San Francisco is once again taking the lead to undo the damage that this country’s disastrous, failed drug war has had on our nation and on communities of color in particular. Long ago we lost our ability to distinguish the dangerous from the nuisance, and it has broken our pocket books, the fabric of our communities, and we are no safer for it.  While this relief is already available pursuant to Proposition 64 for anyone with a conviction, it requires that they know it is available and to retain an attorney to file the expungement paperwork.  A criminal conviction can be a barrier to employment, housing and other benefits, so instead of waiting for the community to take action, we’re taking action for the community.

California Lieutenant Governor Gavin Newsom also praised the move. “This example, one of many across our state, underscores the true promise of Proposition 64 – providing new hope and opportunities to Californians, primarily people of color, whose lives were long ago derailed by a costly, broken and racially discriminatory system of marijuana criminalization,” he said. “This isn’t just an urgent issue of social justice here in California – it’s a model for the rest of the nation.”

“This is a giant step for justice,” Reverend Amos Brown, president of the San Francisco chapter of the NAACP, said yesterday. “And it is a step toward setting black people free to live in the community, to have jobs, to have health care, to have a decent education, and we just need to keep this good thing a-rollin’.”

A 2013 study by the American Civil Liberties Union found that, in San Francisco, African Americans were four times as likely as whites to be arrested for possession. The Drug Policy Alliance notes that nearly 5,000 people statewide have petitioned courts to have their marijuana convictions expunged since Proposition 64 took effect. By contrast, Gascón points out, fewer than two dozen people in San Francisco have done so.

Gascón says felony cases “will take a little more time," but that misdemeanor clearance will begin immediately. Those convicted of felony marijuana possession who had their convictions tied to other offenses may not be eligible to have their cases expunged. The number of attorneys and paralegals working on felony cases will be limited at first, but Gascón expects to assign more depending on the workload.