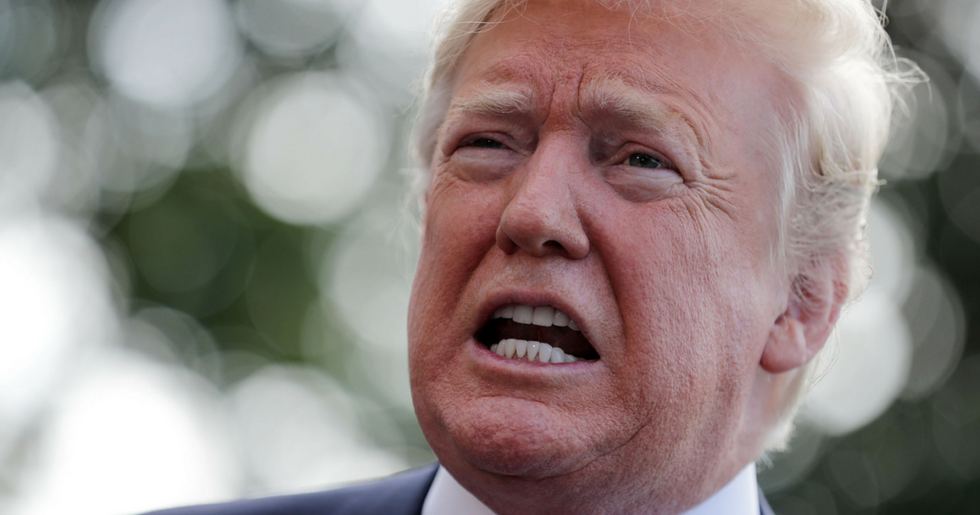 "I joined the Commission out of a sense of duty as a citizen and as a Secretary of State," Dunlap wrote. "The integrity of our elections, the public's faith in the same, and the ability of citizens to exercise their right to vote, are critical to our democracy. I also joined the Commission in good faith and with optimism that its members would conduct their inquiry without bias or preordained conclusions."

That's not quite how things went, he added:

Unfortunately, my experience on the Commission quickly caused me concern that its purpose was not to pursue the truth but rather to provide an official imprimatur of legitimacy on President Trump’s assertions that millions of illegal votes were cast during the 2016 election and to pave the way for policy changes designed to undermine the right to vote.

Surprisingly, I and other commissioners were excluded from Commission deliberations and activities. I had little to no say in when or what or why we discussed any matter. It quickly became apparent that a small, select number of commissioners were quite active, selecting witnesses for public meetings and formulating the Commission's agenda. The message was clear: dissenting or even questioning voices were unwelcome.

Dunlap further calls out his fellow commission members for their "troubling bias":

That the Commission predicted it would find widespread evidence of fraud actually reveals a troubling bias. While individual cases of improper or fraudulent voting occur infrequently, the instances of which I am aware do not provide any basis to extrapolate widespread or systemic problems. The plural of anecdote is not data.

Dunlap also acknowledges that not everyone will "accept" his findings. He says he figured the best tactic to employ would be complete transparency, the opposite of what the commission exhibited:

Dunlap filed a lawsuit against the commission in November 2017, NBC notes, "in an effort to gain access to materials and documentation he felt was being kept from him and other members of the committee." His lawsuit alleged that Pence and Kobach had violated the Federal Advisory Committee Act), which has special emphasis on open meetings.

At the time he filed the lawsuit, Dunlap said:

Since the Sept. 12 meeting, I have received no correspondence from the commission other than to acknowledge receipt of my information request. Clearly, there is information about this commission being created and discussed, but I have no access to that information and it has not been provided upon request. My goal in filing this lawsuit is to bring the commission into full compliance with FACA, which would allow me and all of my fellow commissioners to fulfill our roles as full, participating members and provide a meaningful report to the President upon concluding our work.

Many praised Dunlap, lauding his release of the documentation as a victory against the blatant lies the president uses to galvanize his base.

"The documents confirm what we knew all along: This was all a sham to spread the myth of voter fraud," the American Civil Liberties Union said.

Trump's election commission lacked transparency so much so that its own member had to sue it to get access to recor… https://t.co/RbslPov2JD
— ACLU (@ACLU) 1533344461.0

Others also weighed in:

Trump set up a voter fraud commission to try to legitimate his lie that there were 3 million fraudulent votes cast… https://t.co/zksdVN5Wso
— Jonathan Riley (@Jonathan Riley) 1533507740.0

Like I’ve said before, there is no evidence of widespread voter fraud--and it turns out the President’s commission… https://t.co/u3X8W3tzsc
— Amy Klobuchar (@Amy Klobuchar) 1533408299.0

The president has not commented on this news––at least not yet.

Instead, he spent the weekend gloating about his approval ratings, which he used as ammunition against the Democrat opposition.

Several polls, however, including recent Quinnipiac and Gallup polls, show that the president's scandals and his history of blatant lying have impacted his approval ratings.

The Gallup poll showed him at 40 percent.

Many who participated in these polls cited the president's behavior––including his attacks against Special Counsel Robert Mueller––as the reason for their disappointment. It's likely that debunking his claims of voter fraud could impact these approval ratings even more.