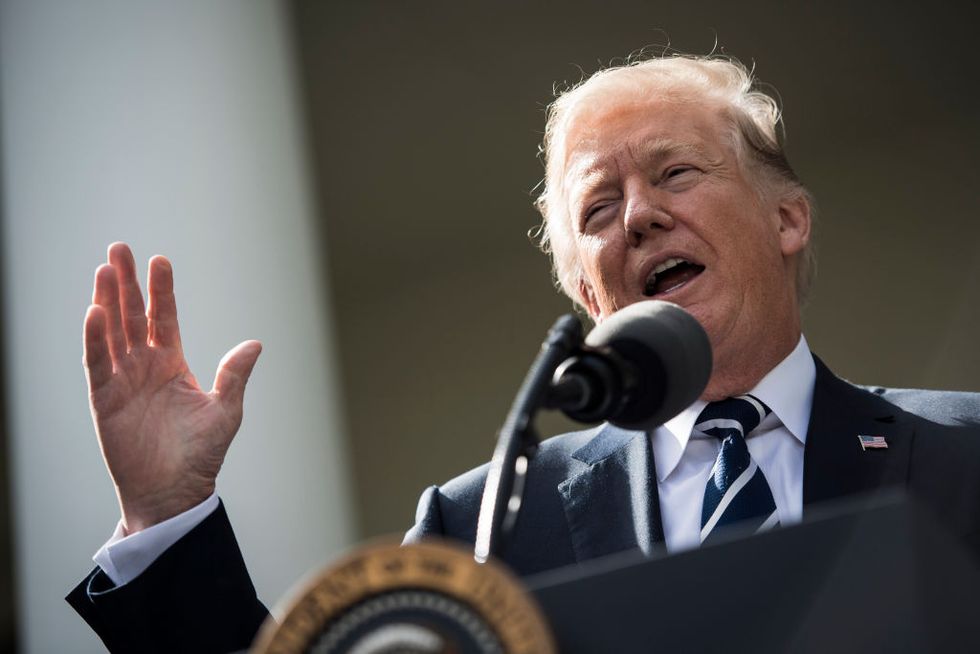 Four Green Berets were killed in Niger two weeks ago on October 4, and Donald Trump failed to acknowledge the fallen American soldiers until asked during a news conference yesterday. Trump glossed over his omission with a lie, saying President Obama and other former presidents didn’t call the families of American soldiers killed in action.

First, Trump claimed to have written letters to the families of the fallen, but wasn’t sure if he had mailed them out yet: “I’ve written them personal letters. They’ve been sent, or they’re going out tonight. But they were written during the weekend. I will at some point during the period of time call the parents and the families, because I have done that traditionally.”

Trump then went on to say that he likes to call the families, but was just giving them more time before calling them. When a follow-up question asked about his claim that Obama didn’t call families, he just couldn’t resist and doubled-down on his lie.

Ben Rhodes, Obama’s deputy national security adviser, almost immediately posted on Twitter, calling the current president’s claim “an outrageous and disrespectful lie even by Trump standards.” He also reminded everyone that it was Trump, not Obama, who disrespected a Gold Star family.

Former Attorney General under President Obama, Eric Holder directly called out Trump on twitter for lying about Obama: “Stop the damn lying - you’re the President. I went to Dover AFB with 44 and saw him comfort the families of both the fallen military & DEA.”

Alyssa Mastromonaco, Obama's former deputy chief of staff of operations, was less forgiving with her tweet: “that's a f------ lie. to say president Obama (or past presidents) didn't call the family members of soldiers KIA - he's a deranged animal.”

Obama era White House photographer Pete Souza provided irrefutable proof of Trump’s lie. He shared on Instagram a photo of Barack and Michelle Obama consoling the parents of an Army sergeant who had died in Afghanistan, and was awarded posthumously the Medal of Honor for his actions.

White House press secretary Sarah Huckabee released a statement, saying that the president was not lying, but instead "stating a fact." She also misconstrued and twisted the responses of Obama's former aides. They were criticizing Trump's claim that Obama never called the families of the fallen, and provided photographic proof that Obama in fact did much more than that. Instead, Huckabee misled in her statement when she said the aides were "mistaken" to assert that Obama called each and every family of fallen soldiers.