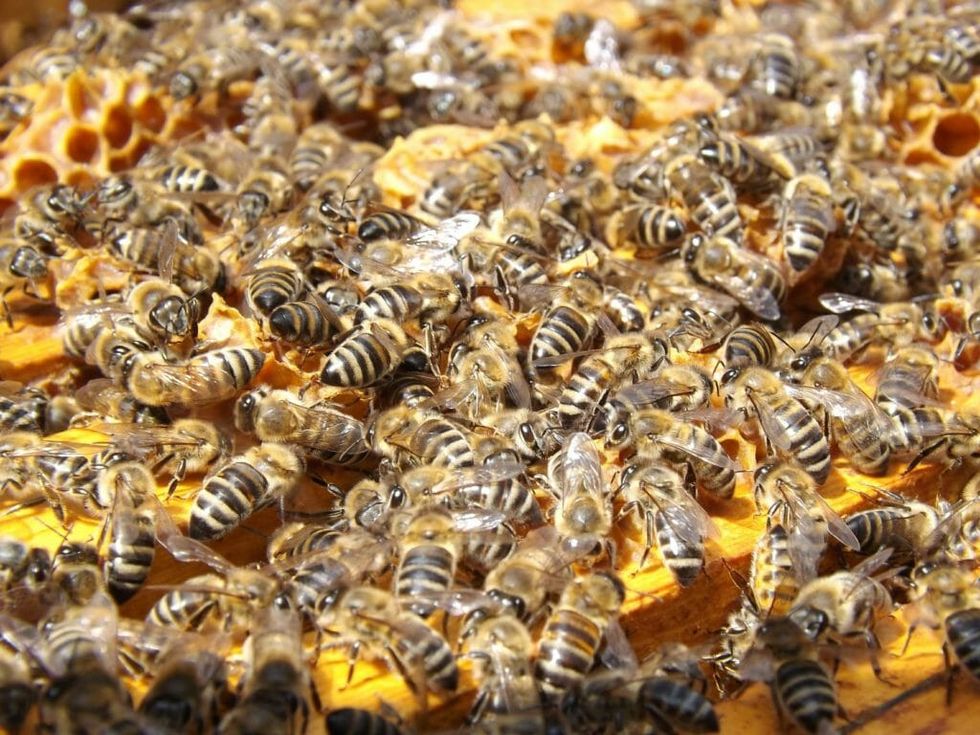 The number of commercial U.S. honeybees is on the rise, and the number of deaths to the mysterious colony collapse disorder (CCD) is down, according to a U.S. Department of Agriculture honeybee health survey released earlier this month. But it’s not all coming up roses for America’s bees.

Some good news for bees

According to the survey, the number of commercial U.S honeybee colonies rose three percent to 2.89 million as of April 1. In April of 2016, the number was 2.8 million.

Most of the drop in the honeybee population can be attributed to parasites and disease. Varroa mites, a bloodsucking parasite, have affected 42 percent of commercial hives between April and June 2017. A big number, but not as big as in 2016, when around 53 percent of hives were affected. Other types of mites or pests affected another 11.6 percent.

But the most mysterious cause of the honeybee population’s decline is colony collapse disorder. In this phenomenon, the majority of worker bees abandon the hive, leaving behind the queen, immature bees, plenty of food, and a few nurse bees to care for the remaining bees. At its peak, in 2008, roughly 60 percent of hives were lost to the disorder. Their numbers have been steadily decreasing since. Through June 2017, about 119,000 colonies were lost to the disorder—about a 27 percent decrease from the same period in 2016.

What do these numbers really mean?

It’s important to note that the survey focuses only on commercial beekeepers, and not the population of bees as a whole. (Wild bees, however, also seem to be on the decline.) The rise in colonies says little about the number of bees overall, since the increase was caused by beekeepers adding more honeybees to their colonies, or splitting their colonies, to make up for the stark losses in earlier years.

Justin Fox, writing for Bloomberg, also noted that the growing number of casual “backyard beekeepers” may artificially inflate the percentages of loss. These beekeepers may not have sufficient experience to properly care for the honeybees, which can lead to greater than expected losses.

However, even well-run, knowledgeable corporate beekeepers continue to lose about 25 percent of their honeybees.

So what’s causing these high losses?

Instead, the bigger concern is that “half of America’s bees have mites. Colony collapse disorder has been vastly overshadowed by diseases, recognizable parasites and diagnosable physiological problems.”

Researchers aren’t sure why more honeybees are succumbing to these problems, but many suspect that pesticides are at least partially to blame. By the late 1990s, nicotinoid pesticides were the most widely used insecticides in the world. While tests showed that exposure to the insecticide did not kill bees outright, subsequent research has shown that nicotinoids weaken bees. In one field study sponsored by Bayer, the company that produces one of these nicotinoid pesticides, researchers found that moderate exposure “reduces overwintering success and colony reproduction in both honeybees and wild bees.”

While pesticides are likely a major contributing factor (although Bayer disputes it, Scott Pruitt’s EPA is looking into it), researchers aren’t sure what else may be contributing. Some speculate that the decrease in wildflowers and native plants is weakening bees. Other factors, like stress and weather, are likely at work too.

“It’s really tricky” to figure out the factors affecting the population, said May. “Maybe it’s pesticides, maybe it’s not. But when I eliminate everything else, it’s a distinct possibility.”