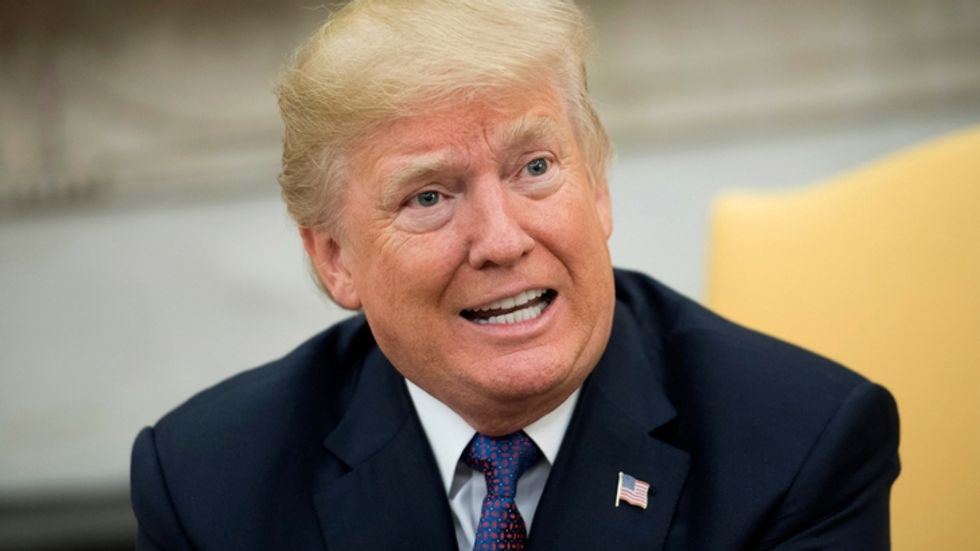 For months, President Donald Trump has pushed Republicans in Congress to cut taxes for the rich as part of his much touted and tweeted tax reform. There is no doubt he wants these cuts for the wealthy, even at the cost of others. For example, Trump wants to reallocate money slated to help lower-income Americans purchase health insurance.

And for months he has insisted that either proposed Republican tax plans, one in the House and the other in the Senate, will not benefit him. Now, a new analysis shows that the opposite is true.

“It’s not good for me. Believe me,” he said to a crowd in Indiana on September 27. He was selling them on his tax reform plan. “My plan is for the working people, and my plan is for jobs. I don’t benefit,” he also said that day.

Then NBC News reported last week that Trump told a group of Democratic senators in a phone call, "My accountant called me and said 'you're going to get killed in this bill.’”

Either Trump is lying, or his accountant is, as an analysis of Trump's one known 2005 tax return and his estimated net worth shows that Trump and his heirs stand to save more than $1 billion overall under the GOP tax bill that House of Representatives just passed on Thursday. Most of that comes from the proposed repeal of the estate tax. More immediately though, Trump would save more than $20 million for himself.

That doesn't seem like Trump would get "killed" by the tax cuts, yet it does clearly indicate that Trump will benefit from the tax reform he is excited and eager to sign into law.

The only reason the analysis does not have more of Trump's previous tax records to assess, is because unlike other past presidents and presidential nominees, Trump refuses to release his income taxes, claiming that the federal government is auditing his returns. Most of what is publicly know is the 2005 tax return.

But some benefits for Trump can still be deduced from that return. The House tax legislation that just passed repeals the Alternative Minimum Tax. According to Maury Cartine, tax expert at Marcum LLP, that repeal would have saved Trump $31 million back in 2005. “The repeal of the Alternative Minimum Tax would result in an initial federal income tax savings of $31,261,179,” Cartine said.

Cartine adds that changes in taxes over the past 12 years would reduce that savings to $22.6 million, which is still significant.

Other previous reports have shown how the wealthy would benefit the most from the proposed tax cuts. The nonpartisan Tax Policy Center has said that while taxes would be reduced, on average, by nearly $1,000 by 2027, the Top 1 percent of all taxpayers would get a cut of more than $62,000, while the Top 0.1 percent would get an average cut of $320,000.

The New York Times also estimated, back in September, that Trump and his family could save more than $1 billion under the Republican plan.