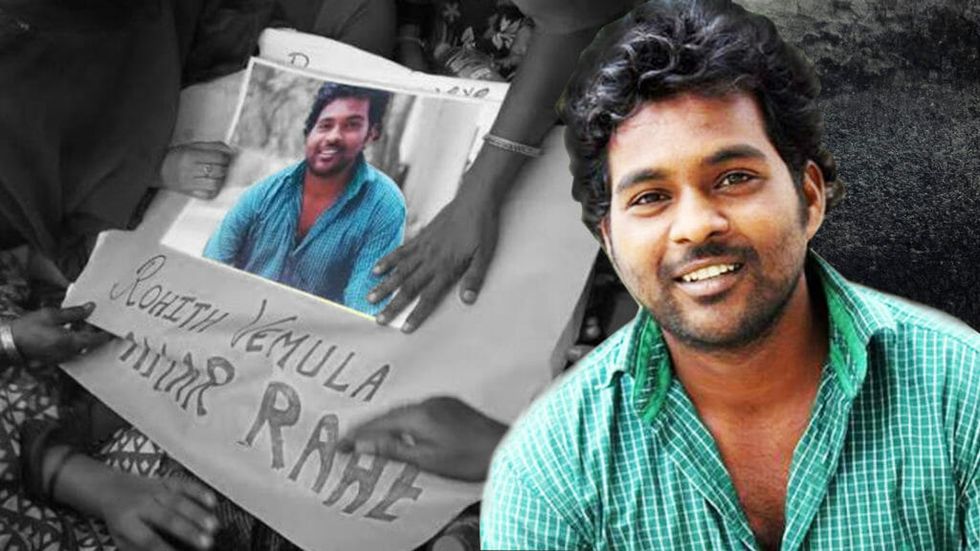 Old habits die hard in India, where a hierarchy of human beings sorted by socioeconomic background and skin color, also known as the caste system, persists despite a 1950 ruling by the Supreme Court of India outlawing the disenfranchisement of purportedly lower-caste citizens.

India’s caste system developed before 2,220 BCE when genetic groups from southern India and northern India began to co-mingle. Four thousand years later, the social hierarchy continues, from the lowest “untouchable” caste of the poorest people with the darkest skin color to the highest caste of wealthy light-skinned people. Though it is now illegal to classify and discriminate based on caste, culturally it is still the status quo.

The policies of the caste system may have changed slightly, but the outcome remains the same. Affirmative action-like policies, originally enacted with India’s constitution in 1950, were intended to reserve individual educational and employment opportunities for members of the lower castes. However, children born into the lower castes have a chance at a better education if they can overcome socially imposed obstacles of poverty and discrimination. Their best chance of escaping the stigma of lower caste life is to leave India altogether. To leave India, they need money, which continues to be a struggle, so long as outdated notions of caste determine one’s employability and earning potential. Even college educated and accomplished scholars from lower castes don't get hired  at the rate of their lighter-skinned peers. If they manage to get hired, they will earn less. Despite brilliant potential and a Supreme Court decision protecting their rights, the lower castes will seldom escape extreme poverty while remaining in India.

India’s constitution explicitly reserves a certain quota of educational and employment opportunities. Universities and employers have to fill a quota of persons from the lower castes. Members of the middle class have protested vociferously against these policies, claiming they are unfair. Some of these families have had to sell their property and take on additional jobs to send their children to school. Many complain that lower caste students

are awarded placements no longer available to the middle castes. The quota policy has been ineffective both in alleviating poverty for many of the lower caste citizens, and satisfying other groups regarding fairness.

The recent suicides and attempted suicides of “Untouchables” or Dalit caste members have drawn Western media attention. The tragic story of Rohith Vemula, a 26-year old Ph.D. student living in the city of Hyderabad, has unearthed an ugly trend of Dalit abuse that reveals the injustice of the cultural caste system that still permeates so much of India’s culture.

Rohith Vemula was one of five students in the Ambedkar Student Association at Hyderabad University who were involved in a brawl in the fall of 2015. The conflict involved a conservative student group aligned with the ruling class, the Bharatiya Janata Party (BJP). Initially, Vemula and his group won the court case, the university overturned the decision in December, and withdrew the students’ university stipends. Vemula could no longer afford student housing, and resorted to living in a tent outside of the university so that he could continue to attend classes. In January, Vemula hung himself outside a student hostel.

It’s a tragic story that ultimately began when Rohith Vemula had the misfortune of being born Dalit. Vemula grew up with his single mother who supported her three children on the equivalent of US $2 a day. Despite his Dalit status, he managed to gain acceptance to a major university. In his suicide letter, Vemula wrote of his aspirations to be a science writer like Carl Sagan. In the same note, he apologized profusely to friends and family, but he never mentioned the BJP minister who persecuted him, or the university’s decision to withdraw his stipend.

According to Narayan Sukumar, a political scientist at Delhi University, university campuses all over India do not often take Dalit student cries of discrimination seriously. In fact, their protests are often ignored entirely. Upper caste students benefit from their privilege, and

the negative impact contributes to the continued disenfranchisement of the lower caste students, who face expulsion, suspension, withdrawing from their courses altogether, or in this case, death.

Vemula’s supporters blame his death on pressure placed upon the university by federal minister Smriti Irani to overturn the ruling. Irani claimed that Vemula and his friends engaged in “caste-ism and extremist politics.” She directly targeted Vemula by calling him “anti-national.” Phrases like anti-national and caste-ism are often used to describe any protests against the ruling class or their social status.

Outrage over the injustice to Vemula and the Dalit student community set off a social media explosion. Congress gave notice of a “breach of privilege motion” against Irani, and protesters demanded her resignation. However, well known Indian Jurist Sanjay Hegde says the minister is unlikely to be sanctioned in this case, which several activists point to as precisely the type of protection and privilege traditionally enjoyed by the ruling class. Hegde also argued that while there may not be a legal case, there is absolutely a moral and ethical case at hand. The BJP Minister made public statements  alleging the protests and court cases are a “malicious attempt to present this case as a caste battle,” while also insisting that the conflict is not about Dalit vs. Non-Dalit.

The snowball of civic unrest that began with Vemula’s death continues now months later, with student protests across India. On February 21, Prime Minister Narendra Modi angrily claimed that the activity was a conspiracy to defame him and the Indian government. Modi insisted that the backlash against the government’s continued tolerance of caste discrimination was  a ruse to protest his recent order for several nongovernmental organizations (NGOs) to disclose the sources of their funding. Modi claims that he is being personally attacked by “some people”; meanwhile he has made no comments to the suicides that set off the upsurgence in protests.

Since being elected Prime Minister in 2014, Modi has identified all dissenters-- students, scholars, environmentalists, and activists alike as “anti-nationalist.” Modi ordered a crackdown on activists, resulting in the arrest of many protesters, and their personal assets destroyed by law enforcement. In retaliation to the student protests, the government has

begun arresting and charging individuals with sedition, per a 156-year old law from the colonial era. When India’s national media came to cover the court cases, lawyers began harassing and intimidating reporters and camera operators, throwing rocks, yelling profanities, charging the gates and shouting “Shoot the traitor! Hang the traitor!” The lawyers and their supporters attacked one defendant, a graduate student named Kanhaiya Kumar, for raising what they deemed “anti-national slogans” as student union president at his university. Several rounds of posters have circulated, offering a cash reward for killing Kumar for being a traitor. The local police have taken no actions against the mob participants. Later, the members of the violent group justified their behavior by claiming that they simply could not tolerate any speech against India.

These tactics feel familiar. Restrictive governments have frequently employed anti-intellectual movements to undermine those who might speak out against the government. During the reign of Mao Tse Tung, Kim Jong Il, and others, intellectuals and scholars were among the first groups to be persecuted.

India has undergone several political revolutions over the centuries, from tribal clashes to colonialism. Public policy may have changed, but public sentiment is harder to affect. Although the caste system is illegal on paper, it is still insinuated throughout India. What happens next in India’s political climate may well hinge on how the world at large reacts. Never before has the voice of dissent amongst India’s politicized youth reached such a wide audience. The social justice issues of India have been somewhat obscured to the rest of the world,  but with Indian students taking to Twitter and Facebook, an unfiltered new view emerges.

Before the internet and social media, people living in conservative societies rarely had a voice to reveal their oppression. Now people all over the world can live tweet political unrest and protests. The suicide of one student rarely starts a national movement, but the death of Rohith Vemula may change the face of India.