As Maine goes, so goes the nation? 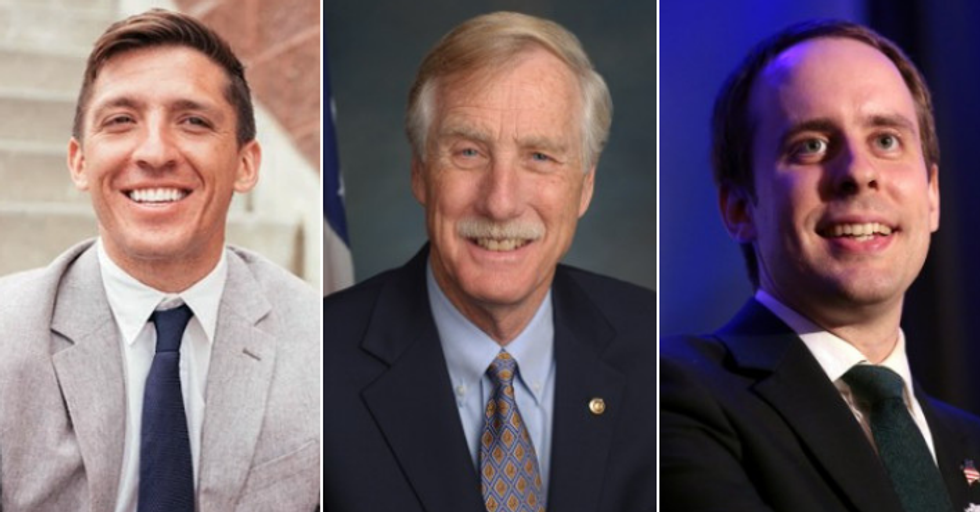 "As Maine goes, so goes the nation" was a common phrase in United States politics back in the mid-1800s up until the early 20th century. Could that phrase make a comeback after November 2018?

In the 2018 primaries, Maine deployed a new voting system to determine candidates for Governor, the US House of Representatives and the US Senate for the November midterms. The new system is called ranked choice voting.

In the November midterms, due to the Maine Constitution, ranked choice voting in Maine will only be used for federal offices, the US House and Senate, and not for Governor even though it was used in the May 2018 primaries.

So how does it work?

The Maine Secretary of State, who oversees elections, produced a video to explain the process to voters.

Obenhaus also gave some statistics on why ranked choice voting would be a benefit to Maine.

...and without ranked choice.

Each section also tells voters how many people to choose, as some municipal positions like school board or city council require voting for more than one candidate.

After being defeated in the legislature each time, voters in Maine took matters into their own hands and began a petition drive in 2015 to get a people’s referendum added onto the ballot.

However, a decision by Maine’s Supreme Court nullified its use for general elections for anything except federal offices. And the major political parties do not both support the initiative.

While the Maine Democratic Party favors ranked choice voting, Maine Republicans oppose it. Partisan disputes resulted in a bill passed in October 2017 to forestall implementation of ranked choice voting until after the Maine Constitution is amended with a deadline for amending of December 2021.

If no amendment was ratified by that date, ranked choice voting would be nullified.

Unwilling to give up the option to choose whom they do and do not want to represent them, Maineiacs began a petition to add a people’s veto to the May 2018 primary ballot. They gathered enough signatures in time and in May 2018, the voters of Maine reaffirmed their dedication to ranked choice voting with 54 percent of voters supporting the change.

While Maine will be the first state in the USA to use ranked choice voting at a state level, municipalities around the country already use it for local elections. And seven countries also use a version of ranked choice voting in various levels of government: Australia, Malta, New Zealand, Northern Ireland, Republic of Ireland, Scotland and the United Kingdom.

So will the rest of the country move to ranked choice voting? Time will tell.