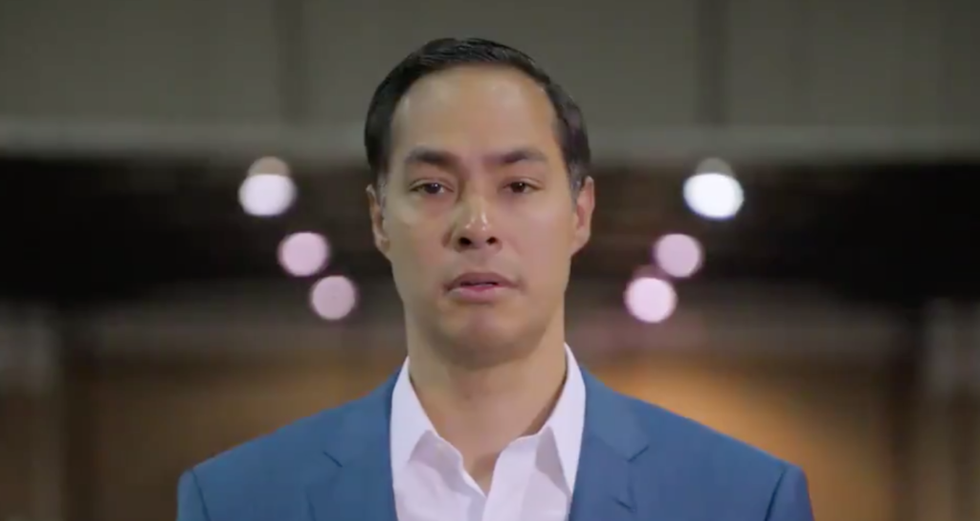 Democratic presidential candidate Juliàn Castro has a message for President Donald Trump. And he thinks he knows the best way to send it.

Castro bought three ad spots for under $2,500 to air Wednesday on Fox News in New Jersey—where Trump is spending the week at his Trump International golf resort. The targeted program slot is during Fox & Friends.

In the ad shared by Castro on Twitter, the former Mayor of San Antonio and HUD Secretary under President Barack Obama stated:

"President Trump, you referred to countries as shitholes, you urged American Congresswomen to 'go back where they came from,' you called immigrants rapists."

He ended by saying:

"Words have consequences. Ya basta."

Ya basta is a Spanish phrase equivalent  to telling someone "stop" or "enough already."

.@JulianCastro rips @realDonaldTrump in TV ad that will air on Fox News in market where president is vacationing https://t.co/hm1qls1WXh
— Tom Benning (@Tom Benning) 1565705282.0

Reactions to the ad were mixed online—with accolades from some while Trump supporters decried the message—sparking debate in the comments.

While some seemed to confuse Juliàn with his Texas Democratic Representative brother Joaquin Castro.

@JulianCastro @realDonaldTrump US rep that attacks his own constituents and donors, and continues the racist hoax. No crediblity.
— cD⭐️⭐️⭐️ (@cD⭐️⭐️⭐️) 1565700691.0

"Julián isn't afraid of Donald Trump or his bigoted agenda, and will continue to expose his racism and division until he defeats him next November."

You can purchase Castro's memoir, An Unlikely Journey, here.