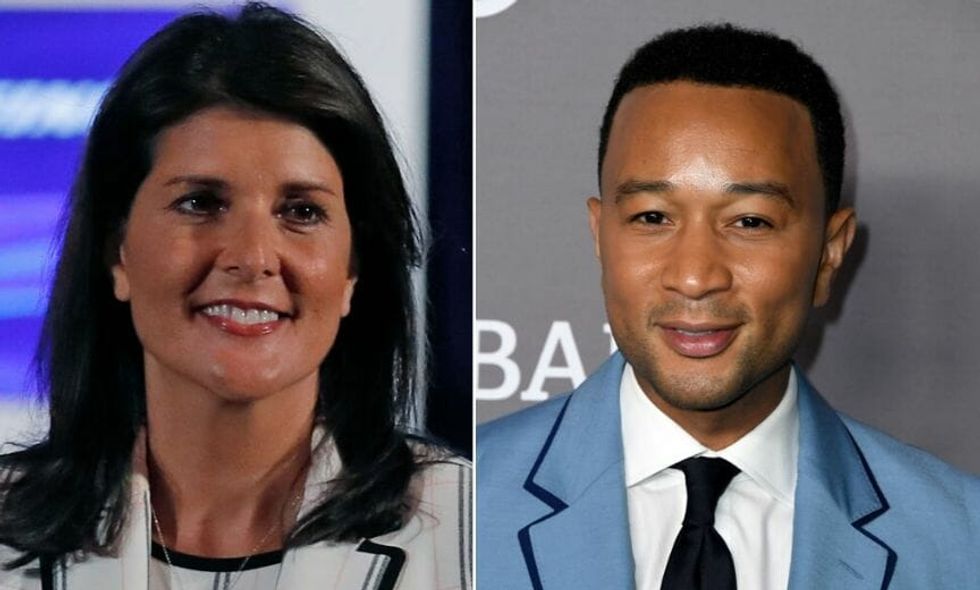 Haley recently made headlines when she told a reporter that former Secretary of State Rex Tillerson and former White House Chief of Staff John Kelly tried to enlist her to "help save the country" from Trump.

Haley is continuing her devotion to Trump by decrying the constitutionally enshrined impeachment process, likening it to the "death penalty."

Her exact quote was:

That didn't sit well with acclaimed musician and fierce criminal justice reform advocate, John Legend, who wasted no time in calling her out.

Haley, once considered a moderate Republican, has confounded many Americans with her unyielding devotion to Trump.

John Legend was among them, encouraging her to take a step back.

But people didn't expect Haley to make any concessions any time soon.

@johnlegend @NikkiHaley She sold her soul to Trump, there for she has no conscience or respect for life.
— David Weissman (@David Weissman) 1573343516.0

Others believe that the devotion is strategic, bolstering rumors that Trump may ditch Vice President Mike Pence in favor of Haley as his running mate in 2020.

Haley is dangerous. I’ve long worried about her, but never seen her as unscrupulous before. I do now. She is auditi… https://t.co/kTfRKXiIRq
— Susan Bordo (@Susan Bordo) 1573471881.0

@thehill Nikki Haley is going above-and-beyond to show loyalty to @realDonaldTrump. If I were Mike Pence, I would… https://t.co/0BORyzGybE
— Mark Mucci (@Mark Mucci) 1573430376.0