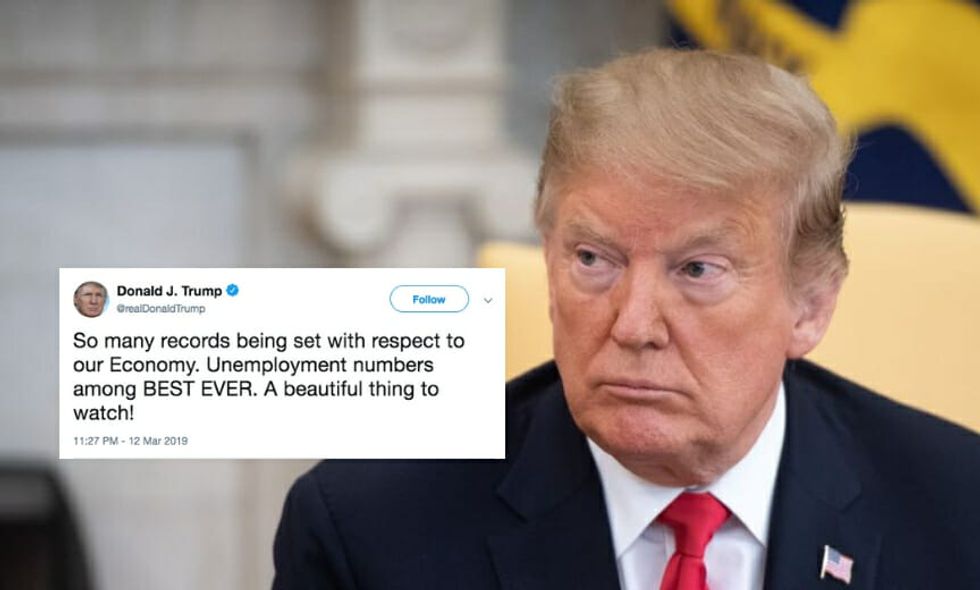 Though Trump credits himself for the low numbers, the trend began under former President Barack Obama and has steadily continued for over 70 months.

But according to a report from Challenger, Gary & Christmas—the oldest outplacement and career firm in the United States—job cuts are at their highest for a first quarter in 10 years, with cuts reaching 190,410, soaring by 35% from the same time one year ago.

The firm said in a statement:

"Companies appear to be streamlining and updating their processes, and workforce reductions

are increasingly becoming a part of these decisions. Consumer behavior and advances in technology are driving many of these cuts."

The news flies in the face of Trump's presentation of prosperity.

So much for the trump economy. He now gets responsibility for this although will attempt to blame everyone else.… https://t.co/lGGvPfjnDZ
— gspinell (@gspinell) 1554384740.0

The scrutiny of the President is growing.

@realDonaldTrump US job layoffs just hit decade high! Are you going to claim credit or blame it on someone else?
— Diane Jacobs (@Diane Jacobs) 1554398798.0

With the economy being one of his biggest talking points, Trump better assure Americans soon, or he may not get the chance to in 2020.