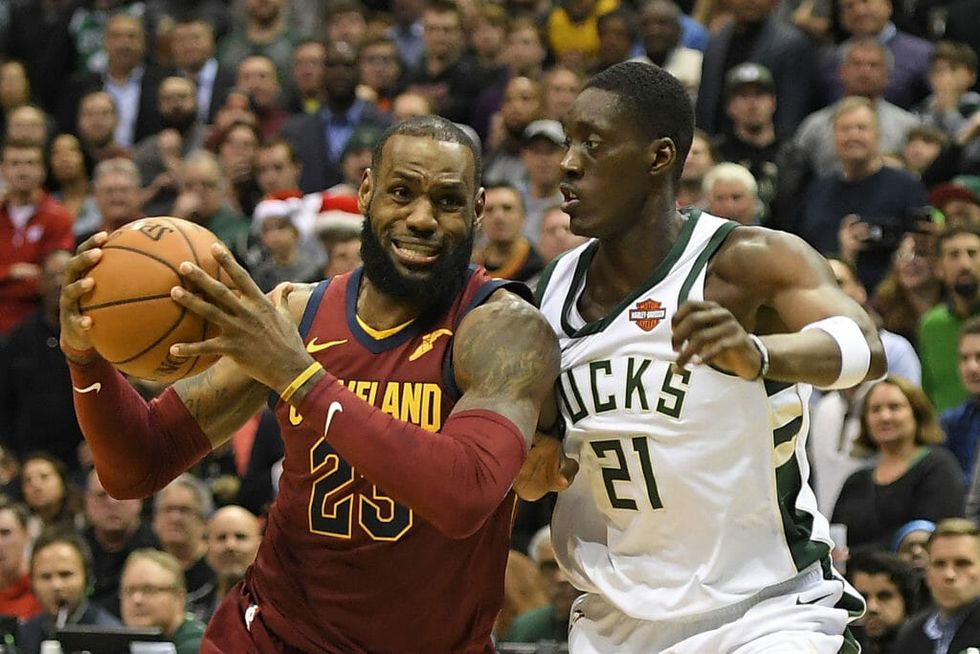 After the 2014 season, LeBron James left the Miami Heat to return home and play for the Cleveland Cavaliers. The first three years had their ups and downs, including an NBA championship after the 2016 season. However, speculation has been building for months that James has his eye on other teams. Some believe he may be looking to leave the Cavs. LeBron has an option to opt-out of his contract after this current season; there’s a real possibility he goes elsewhere.

This rumor started to really heat up in June, when The Ringer posted an article that King James was going to leave Cleveland for Los Angeles. Reputable NBA writer Adrian Wojnarowski took it even further; he stated that “many expect the move” to Los Angeles.

A move to LA for the King makes sense. James owns a mansion there, which he purchased in 2015 but does not actively live in. It’s the same home that was vandalized by racial slurs during the 2017 playoffs.

LeBron and his wife Savannah visited multiple private schools in the L.A. area recently. Among them was the reputable Notre Dame High School in Sherman Oaks, CA.

In September 2014, LeBron stated to Rachel Nichols that he plans on finishing his career back home in Cleveland. However, after he brought a championship to Cleveland, some began to speculate that James could change his mind on that promise.

Plenty of drama has occurred in the organization during LeBron’s second tenure. Midway through the second season, head coach David Blatt was fired after a 30-11 record to start the year. This move was reportedly made without consulting LeBron James. It came as a surprise to many others, including owner Dan Gilbert.

Speaking of Gilbert, he fired former general manager David Griffin at a peculiar time in the offseason. The Cavaliers were in deep discussions to acquire superstars Jimmy Butler and Paul George when Griffin was relieved of his duties, mainly due to a lack of agreement on an extension. The offseason took a terrible turn for the worse, as the Cavs lost out on both stars, made questionable free agent signings, and waited over a month to name Koby Altman the new general manager. Then, seemingly out of nowhere, fellow superstar Kyrie Irving requested a trade out of Cleveland. The move to send Kyrie to Boston sent shockwaves throughout the organization, and may be a factor in where LeBron James plays next season.

The King's Own Super Team

There is also speculation that LeBron James may be looking to join another franchise to build his own super team. The team that is most often linked to James is the Houston Rockets. The Rockets have a superstar in James Harden, and would have the money in the off-season to bring in LeBron. Recently James told Cleveland.com that he wants to “break the mold” when it comes to older players getting paid. James, now 33 years old, wants to set a new trend of older players getting huge contracts. It is unclear at this time if LeBron wants to sign a long-term deal this offseason or just get a high per year salary, which will not be a problem for the best player in the world.