When Does 'Queer Eye' Season 2 Come Out on Netflix? 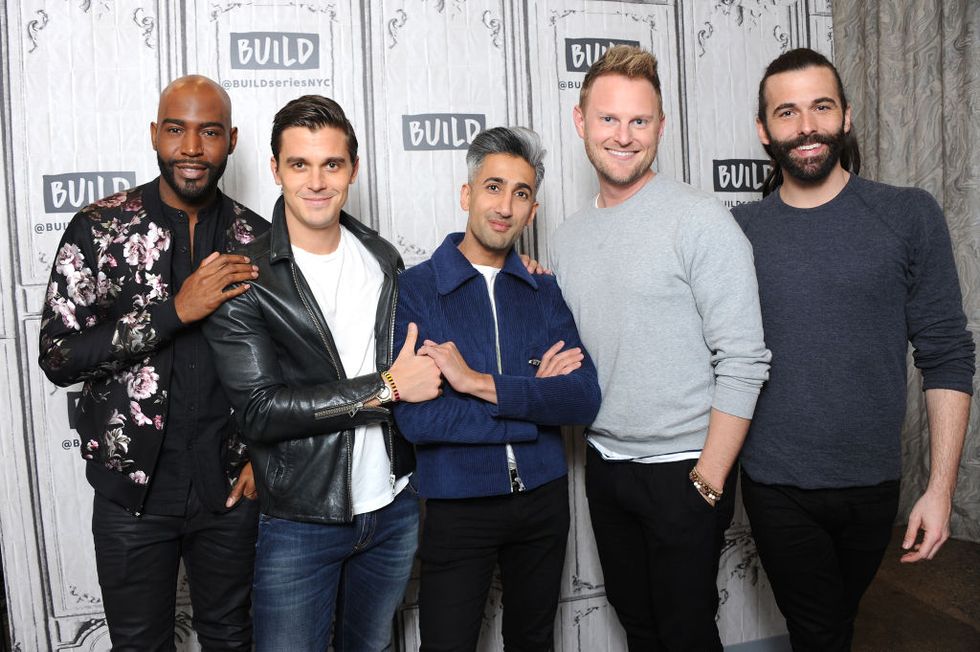 Queer Eye for the Straight Guy, the Emmy-winning reality series that debuted in 2003, will return as a Netflix reboot on February 7. Simply called Queer Eye, the show will follow its original premise, where five gay men — known as the "Fab Five" — give lifestyle advice to straight men. As praise rolls in for the new reboot, fans wonder: will there be a Queer Eye Season 2?

The new Queer Eye raises the stakes for the Fab Five. The reboot takes place in the suburbs of Georgia, where more conservative-leaning folks may not be as open to getting their hair zhoozh-ed, as pointed out by Vulture. To put things into perspective: one subject is a devoutly religious firefighter and the other is a Trump-supporting, NASCAR-loving police officer.

The new eight-episode series sheds light on the modern LGBTQ experience, which "goes beyond gay-straight dynamics," James Poniewozik writes in his review for The New York Times. He says, "If the original Queer Eye was about easing conservative America's discomfort, this one is often about liberal America's unease with what conservative America's politics has awakened."

The new approach to the popular series has earned mostly positive reviews from critics in the days leading to its release. Entertainment Weekly calls the series "emotionally ambitious [leaving] EW critics in tears," which seems to be the sentiment across the board.

“In a time when America stands divided and the future seems uncertain, a team of five brave men will try to bring us closer together with laughter, heart, and just the right amount of moisturizer,” Netflix said in a statement, according to Deadline. “The Emmy-award winning Queer Eye is back and ready to Make America Fabulous Again.”

It has not yet been confirmed if there will be a Queer Eye Season 2. Based on the reviews, a second season is likely.