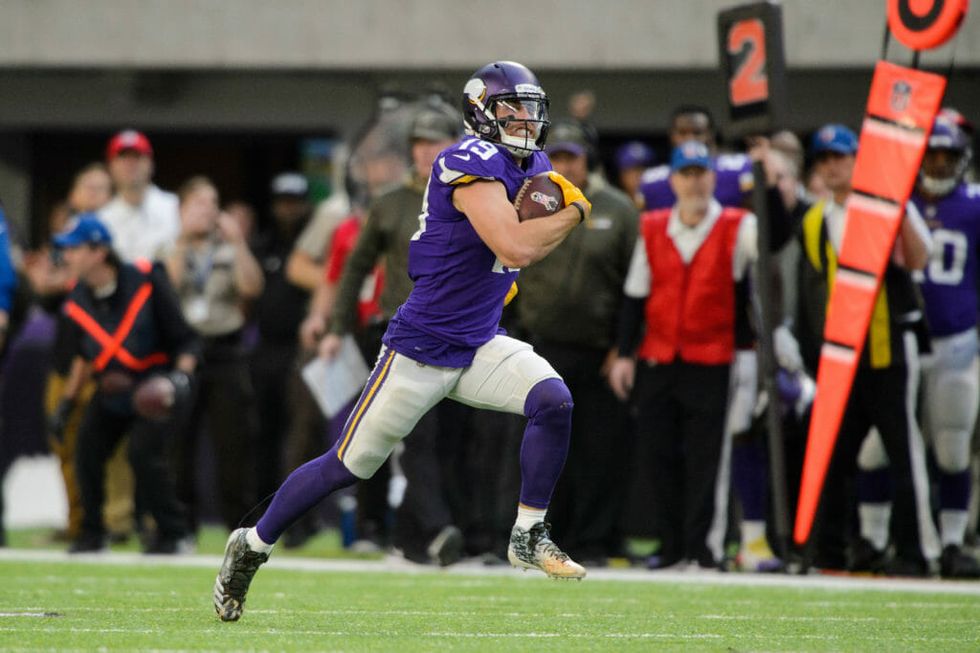 Week 12 NFL DFS 2017: Thanksgiving Slate Picks- Thanksgiving Day is nearly here! While you are enjoying a feast with your loved ones, Fanduel and Draft Kings typically roll out massive daily fantasy contests for the holiday. This year is no different; both sites have many large tournaments at every entry fee level.

During this article you will often see references to DVOA (Defense-adjusted Value Over Average). It's a metric from Football Outsiders that measures a team or players efficiency by comparing results from every play to a league average based on situation and opponent. For example, if an offense runs for 4 yards on a 3rd and 3, it will be weighted and graded more favorably than if an offense runs for 4 yards on 3rd and 15.  DVOA is a better way to compare team’s offenses vs opposing defenses than more traditional stats like yards gained and allowed.

Cousins checks in as the highest priced quarterback on Draft Kings, and second highest on Fanduel. The Redskins gunslinger is coming off of two tremendous performances against top pass defenses; he threw for over 300 yards against Minnesota and New Orleans. This week he gets a much easier opponent, the New York Giants. We often pick on the Giants in this article, as they have a bad defense and are susceptible to big plays. New York is 31st in yards allowed, including being 25th in yards allowed per passing attempt. Furthermore, the Giants come in to this game as the 29th ranked DVOA pass defense. Kirk Cousins is easily the safest quarterback on the Thanksgiving Day slate.

Running back is particularly weak on the three-game holiday slate. With all the talent being so close to each other in price, often I look for which running back should go overlooked in regards to how big his role should be. Dallas has the third-ranked rush offense DVOA, and their opponent, the Chargers, boast the 22nd ranked run defense DVOA. Also, the Chargers are sixth in pass defense, giving us a clear path on how to move the ball against them. Moreover, the Cowboys are ranked fifth in adjusted line yards. Line yards is a statistic that takes all running back carries and assigns responsibility to the offensive line based on if the offense gained or lost yards. Morris is my favorite points per dollar running back this week.

The Minnesota Vikings have the fourth best pass offense DVOA, and Thielen is in the center of the offense week in and week out. The Vikings distribute their passing attack very consistently, as Thielen has 8+ targets in every game except one. Thielen will line up in the slot often, and can take advantage of the Detroit defense from that alignment. He has the highest floor of the receivers on the slate, and I will be using him everywhere.

My favorite wide receiver on the whole slate is Keenan Allen. He is my favorite play for many reasons: First, the Chargers have the ninth-ranked pass offense DVOA; their opponent has the 19th ranked pass defense DVOA. Secondly, Allen lines up in the slot over 50% of the time, an area of the field that the Cowboys have been bad at covering many times this season. Notable slot performances against the Cowboys include good days from less heralded receivers Jamison Crowder and Cooper Kupp. Those two players combined for 14 catches, 193 yards, and a touchdown. Moreover, Allen is a good bet for double digit targets; he's part of an offense that really funnels their passing game through him.

Tight end is a very thin position on Thanksgiving Day. The obvious choices are narrowed down to Kyle Rudolph, Evan Engram, and Vernon Davis. My favorite of the bunch is Vernon. Over the last three games, Davis has collected 26 targets. That is not a typo, you read that correctly, 26! That kind of volume alone makes him a good play. However, when you add on that the New York Giants are his opponent, the play becomes a smash spot. Over the last three weeks, the Giants have given up the most targets to the tight end position, including the third most catches, fourth most yards allowed, and first in touchdowns allowed. If you cannot tell by my write up, I will be stacking the Washington passing attack in all of my daily fantasy contests.

Some Popular Players To Avoid

This is what I wrote last week about Dak: “The impact of losing Ezekiel Elliott is not lost on Prescott. Without his star runner, the Cowboys offense looked to be stuck in slow gear last week against Atlanta. Their opponent this week, Philadelphia, boasts the eighth best pass defense DVOA in all of football, making this a very difficult matchup. Furthermore, left tackle Tyron Smith may miss this week after not playing last week. Without Smith and Elliott, the cowboys gave up eight sacks to the Falcons. Some may flock to Dak this week because of more offensive responsibility, but without some valuable offensive firepower I will be staying away.”

The same can be applied this week, as the Chargers rank sixth in pass defense DVOA, and left tackle Tyron Smith is still questionable for this game. If Smith misses, fading Dak Prescott will be an easy choice.

Melvin Gordon will be the highest owned running back on the Thanksgiving slate. While it is hard to truly say fade anyone on a three game slate, there are a few reasons I will not be using Gordon. First, his Chargers have the 29th-ranked rush offense DVOA, including being ranked 25th in rushing yards per carry. Also, Gordon is very unpredictable in the passing game. His target total can range from 2-8, which significantly lowers his floor if he reaches the lower end of that spectrum. Furthermore, his offensive line is bad, and Gordon is becoming touchdown dependent. Correspondingly, rookie runner Austin Ekeler is getting more and more work, taking snaps from Gordon. There are a few ways Gordon can reach his daily fantasy value this week. However, with his current situation being so sub-optimal, I will be fading.

I am hoping Diggs draws more ownership than teammate Adam Thielen on the Thanksgiving slate. Diggs has only been targeted 8+ times one time this year, compared to Thielen who has done it nine times. Diggs will line up on Detroit corner Darius Slay more often than Thielen will. This will significantly lowers Diggs' projection for the day. I will not be using Diggs outside of a full Minnesota stack.

As you prepare your traditions and feasts with your family, do not forget to put these players into your NFL DFS lineups; that way they can feast for you! As always, check back Saturday evening for a Sunday version of Week 12 NFL DFS, 5 Starts and 5 Fades. Go crush this week!!