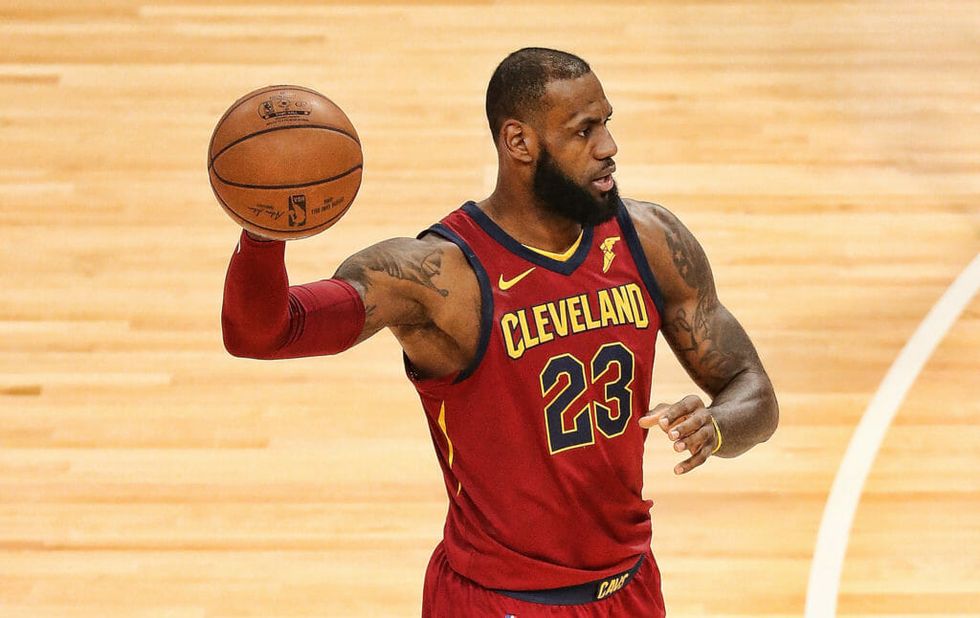 During Wednesday's game against the Brooklyn Nets, LeBron James of the Cleveland Cavaliers had a fantastic overall performance. But near the end of the first quarter, the four-time MVP felt a rare moment of embarrassment: a major slam dunk fail with nobody guarding him.

The Cavs point guard picked off a pass intended for Nets center Jarrett Allen. Already in motion towards the opposite end of the court, LeBron James blazed towards the hoop with Allen and former Cavalier Joe Harris in lazy pursuit. The King leaped in the air and began the motion for a windmill dunk. However, he seemingly either did not get enough air, or didn't finish the move quick enough; the ball bricked off the back of the rim and flew sky-high into the air. Harris regained possession.

Though LeBron James hasn't been perfect in dunk attempts on his career, he's typically one of the best. According to ESPN Stats & Info, he nailed 616 out of 640 slam dunk attempts across the last five seasons (playoffs included). That comes out to 96.3%, which is the best mark in the NBA during that span.

It's the first uncontested dunk attempt LeBron James has missed since May 24th. During Game 4 against the Boston Celtic in the Eastern Conference Finals, he caught a cross-court pass from teammate Kevin Love and botched a tomahawk dunk.

This play might raise questions about whether LeBron James is tired, or whether age is catching up to him. We should probably put both of those questions to bed fairly quickly; not only did he finish last night's game with 33 points, but he's also leading the entire Eastern Conference in scoring. The future Hall-of-Famer has 514 points on the season; a full 39 points more than second-place Giannis Antetokounmpo of the Milwaukee Bucks.