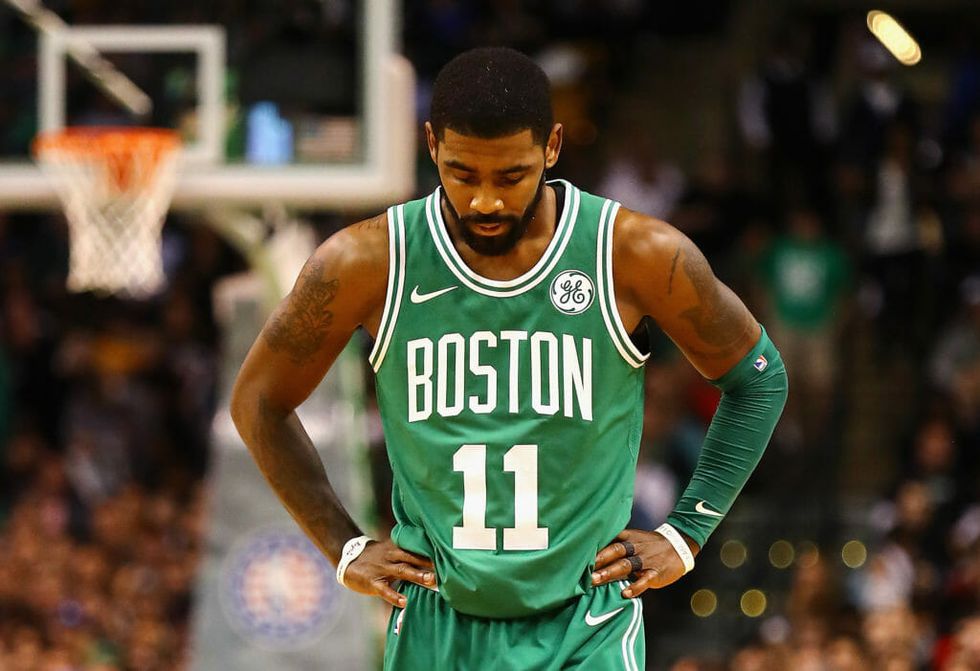 Boston Celtics star Kyrie Irving got caught on the wrong end of some friendly fire on Friday night. During the Celtics' victory over the Hornets, the point guard took an elbow to the face from teammate Aron Baynes. He immediately fell to the ground, and was seen bleeding from the nose on his way to the locker room.

After this blow to the head, Kyrie Irving will miss the rest of the game and is being monitored for a possible concussion. pic.twitter.com/wCpXkPPCb2

Following an offseason trade from the Cleveland Cavaliers, Irving has been fantastic for Boston. He's averaged 20 points, 5 assists and 3 rebounds per game, helping lead the Celtics to an 11-2 record. That record currently stands as the best in the entire NBA. Impressively, they've achieved it despite injuries to Gordon Hayward and Al Horford.

The team has described the fracture as "minor", so it seems unlikely that it will have an effect on Irving's performance. However, he is likely to miss Sunday's game against the Raptors, and will wear a mask for at least the next two weeks.

Irving is no stranger to wearing a mask; back in 2012 he wore one while recovering from a broken jaw. During a game against the New York Knicks, Irving scored 41 points. That figure was a career high for him at the time.

We'll first see Irving in his mask on Tuesday, November 14th at 7:30 PM Eastern, when the Celtics take on the Brooklyn Nets at the Barclays Center in New York. The game will be aired on both NBSB and the YES Network.