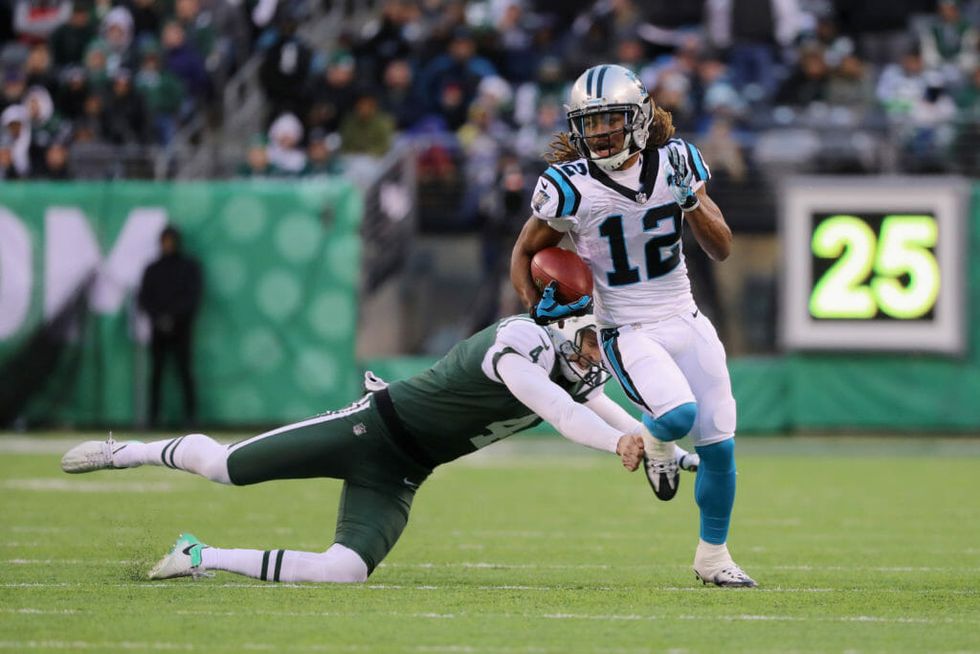 Panthers wide receiver Kaelin Clay hasn't exactly been a focal point of the Carolina Panthers this offseason. But during Sunday's game against the New York Jets, the 5'10" Utah product got his chance to shine. Kaelin Clay dodged a tackle by performing an awesome spin move straight out of a video game.

With less than ten minutes remaining in the fourth quarter, the Jets decided to punt on 4th and 12. Kaelin Clay caught the punt, and saw 6'3" Jets linebacker Jordan Jenkins barreling straight towards him. Clay thwarted Jenkins' diving tackle attempt by spinning to his left; the wide receiver eventually ran the entire 60 yards to the end zone for a clutch score.

Kaelin Clay was the Carolina Panthers' sixth round pick in the 2015 draft. Although he's not a prominent player, Clay did manage a punt return touchdown during his rookie year in 2015. He's seen an increase in snaps due to Greg Olsen's injury and a trade of Kelvin Benjamin. Perhaps his performance today will earn him more targets going forward, though Devin Funchess seems to be doing well as the Panthers' number one wide receiver.

The Panthers are one of five NFL organizations Kaelin Clay has been a part of during his career. After being released by the Ravens in November of 2016, Clay became a free agent. He didn't sign with another team until the Panthers gave him a one-year contract in April of this year. In September, the Panthers traded Clay to the Buffalo Bills for cornerback Kevon Seymour. The Bills waived him at the end of October, and he found his way back to the Panthers soon after.

Led by 2015 MVP Cam Newton, the Panthers are now 8-3 and would be tied for the NFC South lead if the Saints lose today.