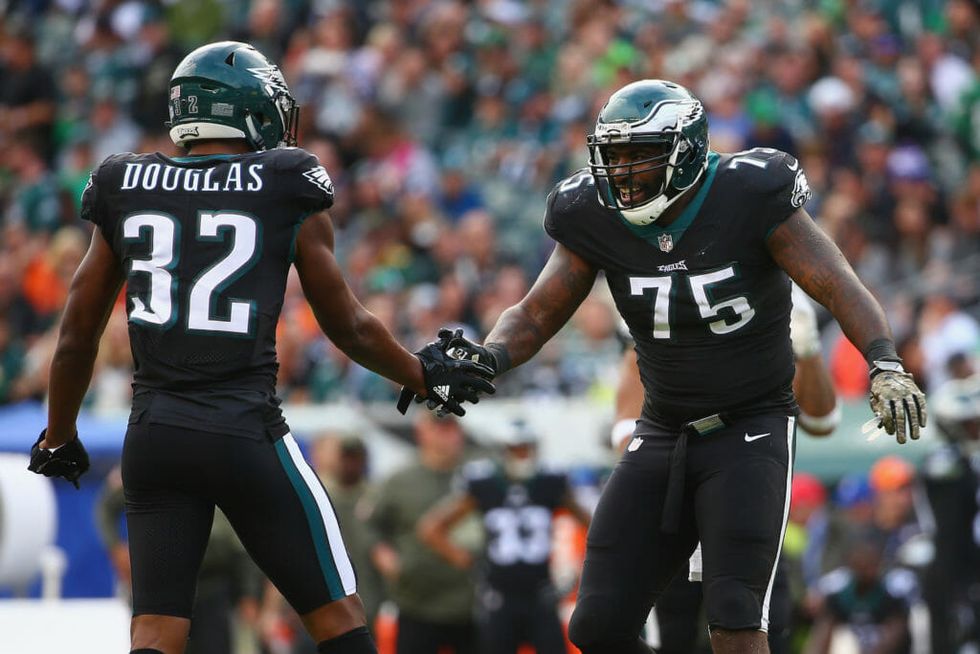 The Philadelphia Eagles know how to celebrate with style. During Sunday's game against the Bears, Eagles players came off the sidelines to join some teammates on the field, performing a short section of the electric slide to celebrate a play.

With 2:22 remaining in the fourth quarter, the Chicago Bears trailed the Philadelphia Eagles by a score of 31-3. Quarterback Mitchell Trubisky attempted a pass up the middle to wide receiver Markus Wheaton. Eagles cornerback Rasul Douglas intervened and appeared to intercept the pass. Members of the Eagles may have seen this as an exclamation point on a blowout over the Bears; they didn't waste any time in performing a short rendition of the electric slide to celebrate the interception. However, the call was eventually reversed, and ruled an incomplete pass.

Although refs eventually overturned the interception, the Bears eventually turned the ball over on the same drive. Less than a minute of game time later, Trubisky targeted wide receiver Tre McBride with a short pass; defensive back Corey Graham intercepted the ball and returned it to Chicago's 19-yard line. The Eagles went on to win the game by a final score of 31-3.

The Philadelphia Eagles have become somewhat known for their elaborate celebrations this season. The team has often coordinated for seemingly complex celebration skits, which leaves many to wonder if they are choreographing them ahead of time or are simply gelling with each other on a deep level. Either way, the team is having fun.

With a record of 10-1, the Philadelphia Eagles sit high atop the NFC East. Led by sophomore quarterback and MVP frontrunner Carson Wentz, the team has a shot at winning their first ever Super Bowl. Indeed, as Tim McManus of ESPN points out, the last two times the Eagles began the season 10-1, they made it all the way to the championship game.