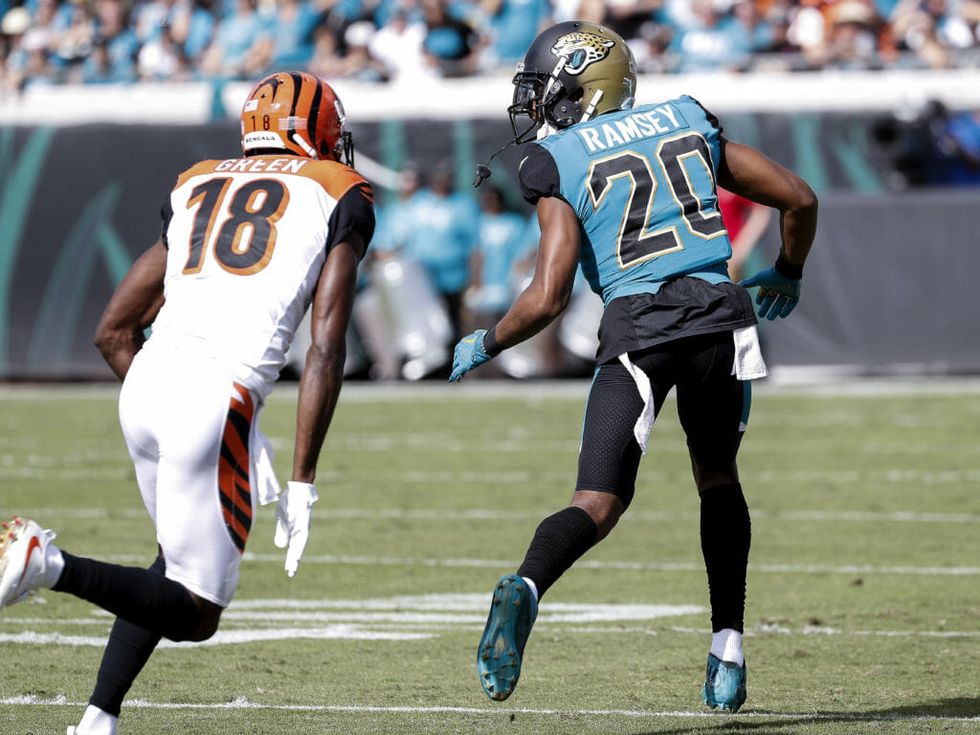 During the first half of Sunday's game between the Bengals and the Jaguars, tensions between Cincinnati wide receiver A.J. Green and Jacksonville cornerback Jalen Ramsey culminated in blows.

Green spoke to reporters after the game. He told them that he was merely defending himself against Ramsey's repeated "cheap shots" throughout the first half. Ramsey is known for antagonizing receivers he is covering. "When you start trying to take cheap shots when I'm not looking and stuff like that, then that's when I've got to defend myself and I'm not going to back down from anybody," Green elaborated. "I have a son, and I'm not going to teach him to back down from anybody like that"

According to referee Brad Allen, Ramsey was the instigator. Both players had apparently been warned multiple times throughout the game. They were immediately ejected when Green started throwing punches.

Green has apologized for his actions, and said he is willing to accept whatever punishment the league issues.

Any suspension for Green would be tough for the Bengals to swallow. At 3-5, their playoff chances already look slim. Losing their best receiver for any number of games would be devastating. Green has 7,713 career receiving yards on 520 receptions, including 53 touchdowns. The 6-4 Georgia product is widely considered to be one of the best skill position players in football. Should he miss any time, wide receiver Brandon LaFell and tight end Tyler Kroft are next in line for targets. Runningback Joe Mixon could take on a larger receiving role as well.

Jalen Ramsey was a first round pick out of Florida State in 2016. The 6-1 cornerback did not speak to reporters, and has not issued a statement on the altercation.