Was Michael Jordan Ever Ejected From a Basketball Game? 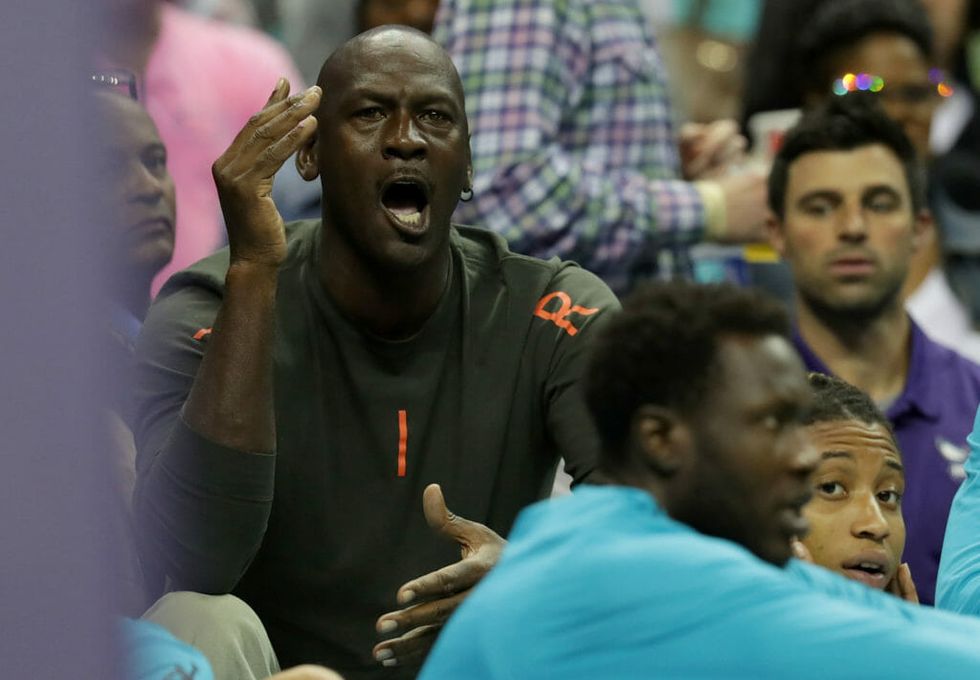 CHARLOTTE, NC - OCTOBER 13: Michael Jordan reacts on the bench during their game against the Dallas Mavericks (Streeter Lecka/Getty Images)

Chicago Bulls legend Michael Jordan was one of the greatest players ever to play a professional basketball game. Many would argue that he stands alone atop all players in NBA History. He didn't always play a clean game; His Airness had a reputation for getting physical every now and then. But was Michael Jordan ever ejected from a game?

According to the stats page at ESPN, Michael Jordan has zero official ejections from a basketball game. He did, however, receive 11 disqualifications throughout his NBA career. Many of those came from officials issuing him a second technical foul for unsportsmanlike behavior; fans might view those particular instances as "ejections".

On February 3rd, 1992, Jordan got into a heated argument with an official. He wouldn't let up, and he consequently earned his second technical foul of the game. This disqualified him from the game. It doesn't count as an "ejection" in the box score, but it certainly has the feel of one. Check out this video and decide for yourself.

There is a debate about whether or not Jordan was technically ejected or disqualified from a 1992 basketball game against the Phoenix Suns. This article references said ejection, though neither the ESPN stats page or the stats page at FOX sports can confirm.

What do you think? Should the accumulation of a second technical foul count as an ejection on a player's record? Let us know your thoughts by commenting below.

Back to Second Nexus Sports