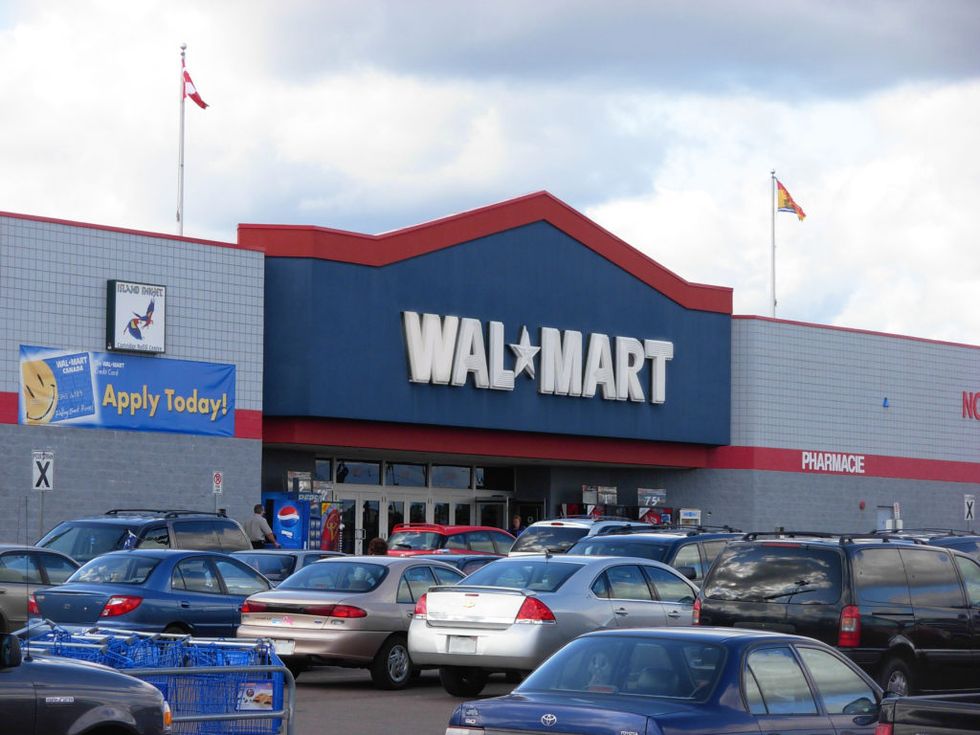 As back to school shopping season gets into full swing (gulp, already!?), the cost of college is top of mind for many – and with good reason. According to the College Board, the average cost of tuition and fees for the 2017–2018 school year was $34,740 at private colleges, $9,970 for state residents at public colleges, and $25,620 for out-of-state residents attending public universities.

That’s why Walmart’s announcement that it will pay for associate’s or bachelor’s college degrees for its 1.5 million full- and part-time employees is kind of a big deal. The nation’s largest retail employer announced in late May that employees will be able to pursue degrees in business or supply-chain management at three non-profit schools for just one dollar a day. The program, which is available to all Walmart U.S. and Sam’s Club employees, will subsidize the cost of higher education. Degrees are being offered through the University of Florida, Brandman University in Irvine, California, and Bellevue University in Nebraska – nonprofit schools selected for their focus and strong outcomes on serving working adult learners.

“Investing in the personal and professional success of our associates is vital to Walmart’s future success. We know training and learning opportunities empower associates to deliver for customers while growing and advancing in their careers,” said Walmart U.S. Chief Executive Officer Greg Foran. The company’s announcement also noted that “associates can jumpstart their path to completion by earning college credit for paid training at Walmart Academies. Hundreds of thousands of associates have already undergone skills training equivalent to more than $210 million in college credits. This will save associates both time and money in completing their degree.”

Employees can take courses at the campuses or online, Walmart said, and there is no penalty for courses already taken if an employee leaves the company while enrolled in school. There’s also no requirement to continue working at Walmart for any period after receiving the degree. Walmart also currently offers subsidized programs to help employees get their high-school diploma.

The tuition program is the latest move by Walmart to improve employee retention and engagement. Earlier this year, the company boosted its starting hourly wage to $11. It also expanded its maternity and parental leave policy and added an adoption benefit.

Walmart told Second Nexus that 2,000 of its employees have completed applications for the college benefit and another 28,000 have initiated applications. A company spokesperson would not indicate how much the tuition program might cost the company. But the company coordinating the program – Guild Education – says such programs typically cost an employer $6,000 - $10,000 per worker annually. Last year, Walmart’s revenue topped $486 billion.

As with any corporate announcement, the devil is in the fine print details. Walmart employees, however, could have a tough time taking advantage of the program. One reason, according to Walmart employee activist group OUR Walmart, says that few employees will be able to attend college courses because of the company’s scheduling system.

“As soon as you tell Walmart you’re going to school, you lose access to a full-time schedule,” Andrea Dehlendorf, co-executive director of OUR Walmart.

Walmart employees have long complained that they don’t receive as many shifts as they’d like, particularly if they need to schedule around other commitments, like schoolwork or childcare. Nearly 70 percent of part-time Walmart workers say they would like to be full-time, according to a recent survey by OUR Walmart.

“Because of Walmart’s erratic scheduling system, many people who work at Walmart are unable to plan to take college classes or even pick up their children from school,” said Cynthia Murray, who has been working at a Walmart store in Laurel, Md., for 18 years.

Walmart disputes that notion, telling Second Nexus that it chose Guild Education and the three schools it chose to partner with because they offered employees the most flexibility in scheduling both in-person and online courses.

As reported by vox.com in early June, “tuition programs have long been a staple of large employer benefits packages largely because of favorable tax treatment. The IRS allows employers to give employees several thousand dollars’ worth of tuition benefits tax-free, which makes establishing a program something of a no-brainer for most companies big enough to be employing a large back-office staff anyway.”

UPS offers what it calls an "Earn & Learn" plan. Both Part-time and full-time UPS employees can earn $5,250 per calendar year in tuition assistance, with a lifetime maximum benefit of $25,000.

The restaurant chain also offers college credit for on-the-job restaurant training. Corporate employees and workers at participating franchises also will be eligible for up to $5,250 in tuition assistance per calendar year.

McDonald’s, Starbucks, Home Depot, Verizon, Disney, Amazon and the grocery store chain Publix also offer employees various flavors of tuition assistance programs that are designed to attract workers with benefits that are tax-deductible to the corporation, without having to necessarily increase hourly wages that negatively impact their bottom line.