Millions Could Lose Their Votes through Controversial GOP “Anti-Fraud” Program 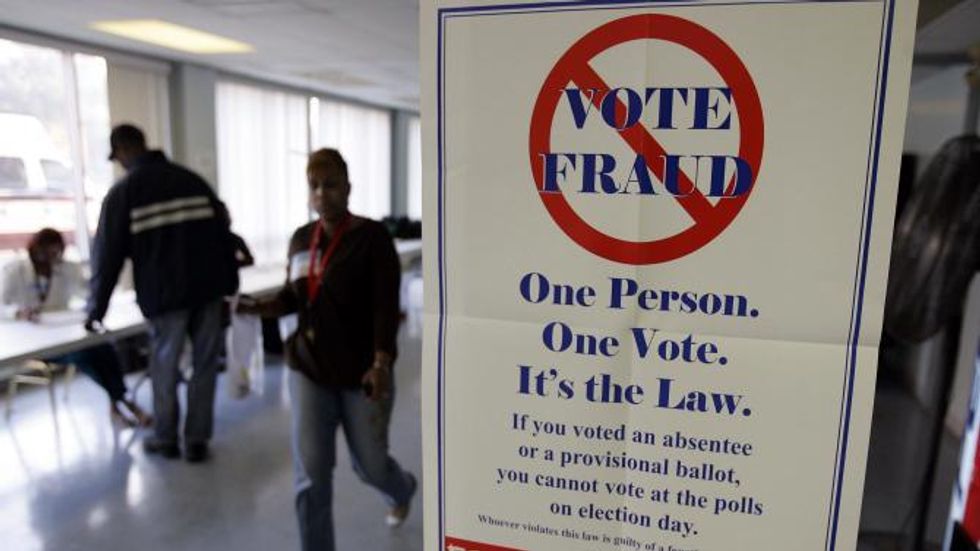 In the name of preventing voter fraud, millions of voters may be purged from voter registration rolls. A disproportionate number of these would be minorities.

Election officials in nearly 30 states have compiled lists of those who are purportedly registered to vote in multiple states – and could therefore potentially cast multiple ballots. These names were gathered through the Interstate Voter Registration Crosscheck Program.

Crosscheck was created by Kansas Secretary of State (and Donald Trump adviser) Kris Kobach. Kobach is perhaps most famous for drafting Arizona’s “driving while brown” law, which allowed police to pull over drivers and ask for proof of their legal status. (The law was subsequently declared unconstitutional by federal courts.)

Kobach is also well known for his controversial voting measures. He championed a 2011 Kansas law requiring people to show proof of citizenship when registering to vote. This translated to about 24,000 unprocessed voter registration applications in the November 2014 election.

Crosscheck is currently being used in over half the states. In theory, the program works by matching names from the approximately 110 million voters in these states. Based on these lists, officials begin the process of removing names from the voting rolls.

So far, the Crosscheck program has tagged close to 7 million people as potential duplicate voters.  Despite this high number, very few have been prosecuted, and even fewer

convicted. In Kansas, for instance, where Kobach is Secretary of State, there have been only four convictions for voter fraud.

Crosscheck is meant to match voters’ first, middle and last names, along with their date of birth. The last four digits of their Social Security numbers are also supplied for additional verification, but Crosscheck leaves to the states whether to match these.

After comparing the “matches,” Palast found that in a quarter of cases, a match in first and last names alone was sufficient to produce a tag—even if the middle names did not match.

While a match in Crosscheck does not trigger an automatic purge, it does flag these individuals for state attention. In Virginia alone, 41,637 voters were removed prior to the 2014 election. If Virginia is representative of the other states participating in Crosscheck, almost 1 million Americans’ right to vote will be challenged.

Crosscheck is further complicated by the fact that the matches disproportionately hit minorities. This occurs because Crosscheck penalizes those with common names.

According to U.S. Census data, minorities are overrepresented in 85 of 100 of the most common last names. This bias results in one in six Hispanics, one in seven Asian Americans and one in nine African Americans landing on the Crosscheck list. Mark Swedlund, a database expert, said about Crosscheck’s methodology: “I can’t tell you what the intent

Calling Crosscheck’s methodology “childish,” Swedlund continued, “God forbid your name is Garcia, of which there are 858,000 in the U.S., and your first name is Joseph or Jose. You’re probably suspected of voting in 27 states.”

The Impact on Minorities is Aggravated by Follow-Up Procedures

The impact on minorities is amplified by Crosscheck’s follow-up procedure. Every voter who is tagged as a match receives a small postcard in the mail. The voter must verify his or her address and mail it back to the secretary of state. Failure to return the postcard begins the process of removing the voter’s name from the voter roll.

According to Michael Wychocki, a direct mail expert, the postcard system seemed designed to fail. “It looks as if they’ve broken every direct-marketing rule,” he said. He added that the “single touch” approach – one mailing without any follow up – further ensures a low response rate.

Given that the system disproportionately disenfranchises minorities—who tend to vote Democrat—and that the founder is a conservative Republican, the motivation behind the system has been challenged. Particularly since another program, the Electronic Registration Information Center (ERIC), funded by the research and public policy nonprofit the PEW Charitable Trusts, has created a seemingly more reliable database.

ERIC requires an exact match across several fields, including driver’s license number, Social Security number, email and phone. Twenty-one states and the District of Columbia are members of ERIC. As a comparison, Crosscheck tagged over 330,000 Virginia voters as potential double voters; ERIC tagged about 37,000.

Yet Arizona’s Republican Secretary of State Michele Reagan flatly denied that minorities are being targeted. “That narrative is absolutely ridiculous. That is not why we would be involved in any state Crosscheck program.”

Of the 27 states that use Crosscheck, only six have a Democratic Secretary of State.

If you are worried you may have been tagged as a duplicate voter, you can run your name through this list. Note that it only will bring up those suspected of double voting in Georgia or Virginia.