Five Countries Can Target Any Spot on Earth With a Missile... For Now 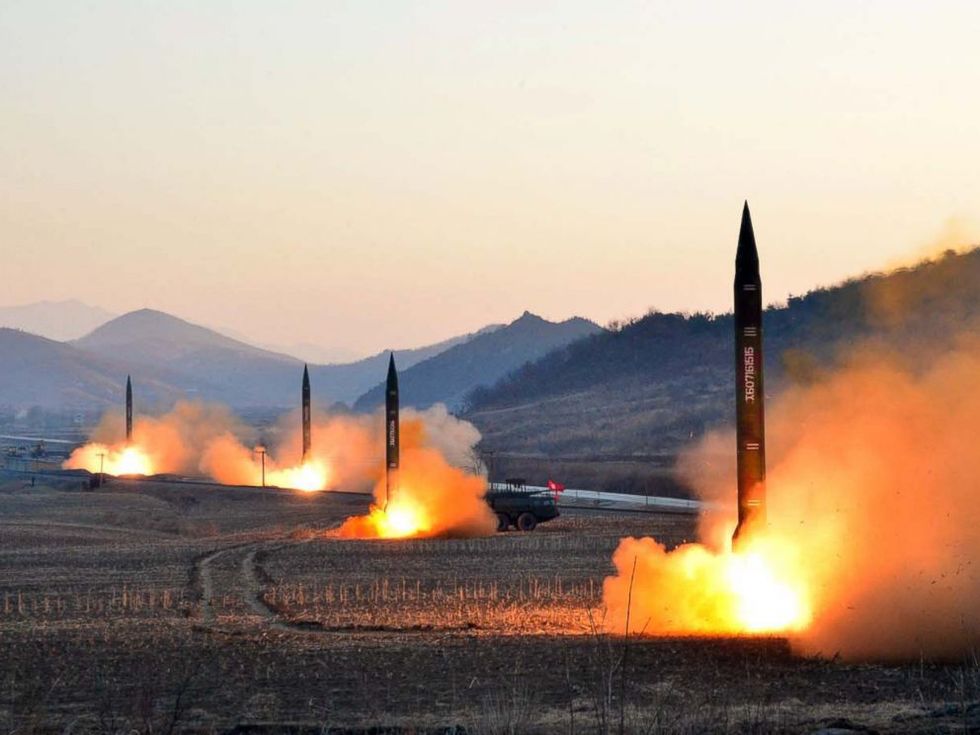 The somewhat surprise announcement of hawkish John Bolton as the new National Security Advisor to U.S. President Donald J. Trump sent a shiver up the collective spines of world politics and defense watchers. The reason: there’s very real fear that Bolton’s worldview – that the United Nations and international law are meaningless, the 2003 U.S. invasion of Iraq was a good idea, and China and Russia are not to be trusted – could push countries around the world to ramp up their military forces.

The biggest concern is an escalating arms race in the development of long-range missiles. The United States, United Kingdom, Russia, China and France are the only countries capable of striking any spot on Earth with a missile. For now.

To be sure, it’s an arms race that didn’t need any encouragement from 1600 Pennsylvania Avenue or Bolton. For decades, countries around the world have been racing to develop what they see as necessary defensive and offensive missile weaponry. This is particularly applicable to nations in Asia and the Middle East.

“We believe we’re entering a missile renaissance,” said Ian Williams, an associate director at the Center for Strategic and International Studies, who has been compiling data on missile programs in different countries. Williams’s recent interview with The New York Times highlighted the urgency of this new arms race.

Williams says that a growing number of countries with ready access to missiles increases regional tensions and makes war more likely. Countries are more apt to use their arsenals if they think their own missiles could be targeted.

North Korea, which most observers say is at the top of Bolton’s hit list, is a prime example of the danger posed by countries racing to develop missile technology. Military experts say the maximum range of the country’s missile arsenal alarmingly jumped from 745 miles in 1990 to more than 8,000 miles today. That means North Korea now has the ability to deliver a missile to roughly half of the world, including the U.S. mainland. Concern over North Korea’s ever-advancing long-range missile program is only enhanced by the regime’s determination to develop the functional nuclear tip that they can mount into the nose of their intercontinental ballistic missiles (ICBMs).

In addition to North Korea, Pakistan and Iran also have robust, aggressive missile development programs. The fact that each country’s missiles bear a great degree of similarity to each other is a dead giveaway that they have collaborated and shared technology. Pakistan began pouring money into missile development in the 1990s and is widely believed to have collaborated with China. By the mid-2000s it had the ability to strike most of India, its principal regional rival.

Pakistan’s increasing missile capability fueled India’s missile development program. In the past 20 years, India has developed missiles capable of striking just about anywhere in Pakistan. Today, India is thought to be working with Russia to develop cruise missiles, another type of deadly long-range strategic weapon.

A bit further to the east, Iran has been within range of Saudi Arabian and Israeli missiles since before 1990. But now, to protect itself, Iran has developed the capability to deliver missiles into downtown Riyadh or Tel Aviv, thanks in no small part to technology it acquired from North Korea.

Currently, both India and North Korea are developing submarine-launched missiles, which would enable the two countries to hide their missiles for retaliatory strikes if they were attacked.

Another concern: missiles falling into the hands of terrorists or militia groups. The reason for serious concern was demonstrated in November 2017, when a ballistic missile fired by Houthi rebels from Yemen reached Riyadh. The Houthis are a Shiite militia that seized control of large parts of Yemen in 2015. They’re backed by Iran and Hezbollah, the militant Lebanese group.

The Houthis have been accused by the Arab League of firing dozens of missiles into Saudi Arabia since the kingdom launched an offensive against the rebels in 2015.

How to Control the Spread of Missile Technology

Thirty-one countries, including the United States and its allies, currently possess ballistic missiles. Of those, only nine (China, France, India, Israel, North Korea, Pakistan, Russia, the United Kingdom and the United States) of the 31 are known or suspected of possessing nuclear weapons. These nine states and Iran have produced or flight-tested missiles with ranges exceeding 1,000 kilometers, or just over 620 miles. China and Russia are the only two states that are not U.S. allies that have a proven the capability to launch ballistic missiles from their territories that can strike the continental United States.

Controlling the proliferation of missile technology around the world is rather like trying to scoop up droplets of spilled liquid mercury. You may think you’ve corralled it all, but then one small bead breaks off and escapes in another direction, divides again and contaminates a much larger area.

“Soviet – later North Korean – Scuds might be a sort of gateway drug to a missile program, but the big story is domestic proliferation,” said Jeffrey Lewis, director of the East Asia Nonproliferation Program at the Middlebury Institute of International Studies at Monterey.

The growing threat of the proliferation and sharing of missile technology has prompted the Missile Technology Control Regime, a group of 35 nations (including the United States, Russia and India, but not Pakistan, Iran or North Korea) to call for enhanced efforts to limit the spread of missile technology.

In a recent statement, the organization highlighted the “critical importance” of its work for addressing the rapid changes in how weapons are developed and transferred.

But some analysts are skeptical that it is possible to stop missile transfers. “The prospects for controlling proliferation of missiles are fading rapidly as the technology to build them becomes more prosaic,” Dr. Lewis said.

But one thing’s for sure: Bolton’s selection by Trump as National Security Advisor will do nothing to calm down the international missile development race.