Former President Donald Trump was banned from Twitter last year after his constant election lies incited a deadly failed insurrection against the United States Capitol. In the months after, Trump promised to build a new pro-conservative social media outlet to counter what he believes are free speech violations by big tech companies.

That effort culminated in his latest business venture, the Trump Media and Technology Group, whose site—Truth Social—promises a social media platform with limited moderation.

But like many of Trump's failed businesses, the result has been underwhelming. The rocky rollout has some of Trump's allies already claiming their speech has been censored on the app, and untold numbers of other users remain on the waitlist to even create an account.

Amid this disastrous debut, an account claiming to be the conservative Fox News network joined the site. The account had tens of thousands of followers and a verification checkmark signaling its legitimacy. 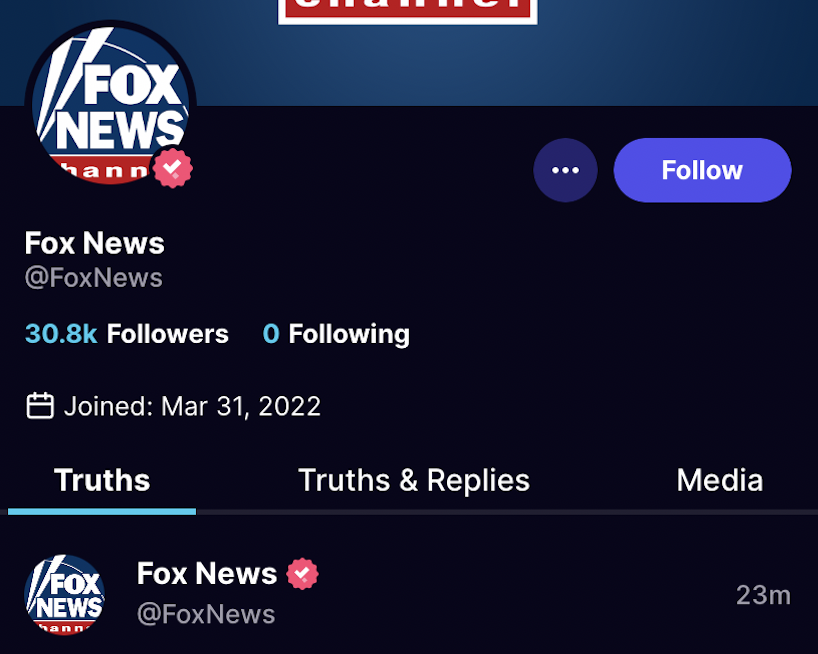 In screenshots obtained by Mashable, Devin Nunes—who vacated his seat in Congress to run the social media venture—highlighted the network's presence on Truth Social. 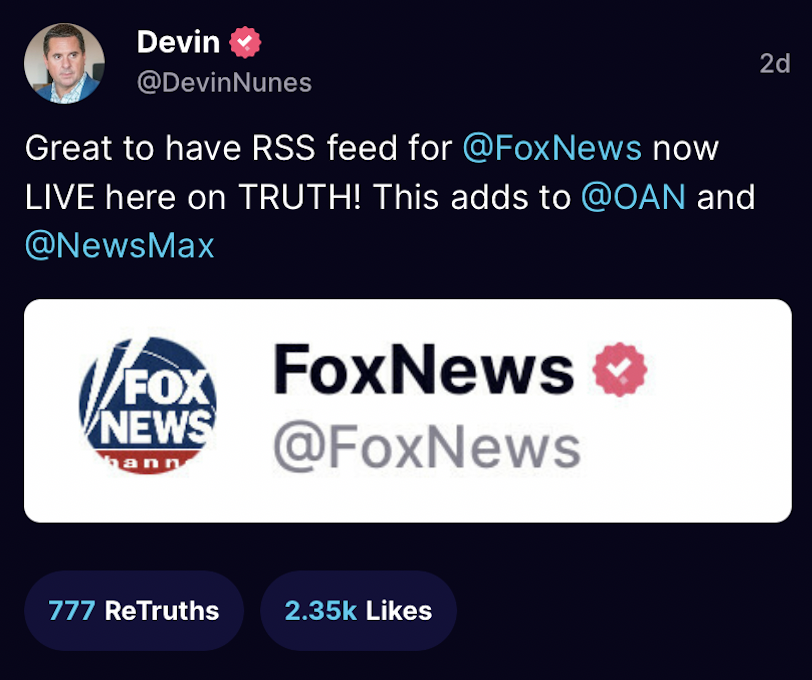 There's just one problem: Fox News says the account doesn't belong to the network, and that it has no presence on the site, as it confirmed to Mashable.

The Mashable article also points out that Nunes specified that it was Fox's RSS feed—an automatic aggregation of articles from FoxNews.com—but the absence of a typical bot distinction was absent from the profile.

The mockery was particularly harsh for Nunes.