The President acknowledged he does make life difficult for Barr. But then Trump claimed he could make things worse and be justified because he's the "chief law enforcement officer" of the United States.

"I do make his job harder. I do agree with that."

"I'm actually, I guess, the chief law enforcement officer of the country."

"But I've chosen not to be involved. I could be involved if I wanted to be."

You can watch his remarks here.

People who actually have knowledge of the United States Constitution and the structure of the federal government immediately noted that "chief law enforcement officer" is an actual position designated within the executive branch by the Judiciary Act of 1789.

But it isn't the President.

The person Trump admits to undermining with his constant tweets—Attorney General Barr—is actually the chief law enforcement officer of the United States. 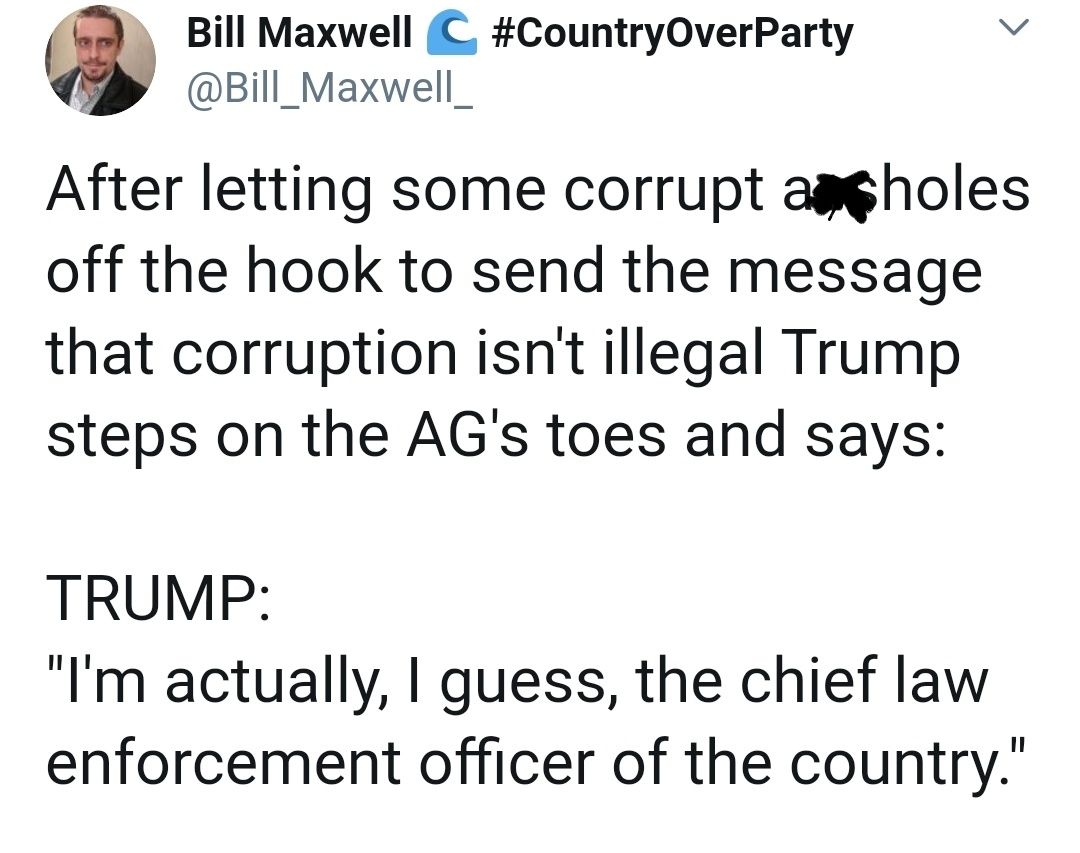 Critics pointed out the latest exercise of presidential power indicated anything but dedication to law and order.

Are you registered to vote? 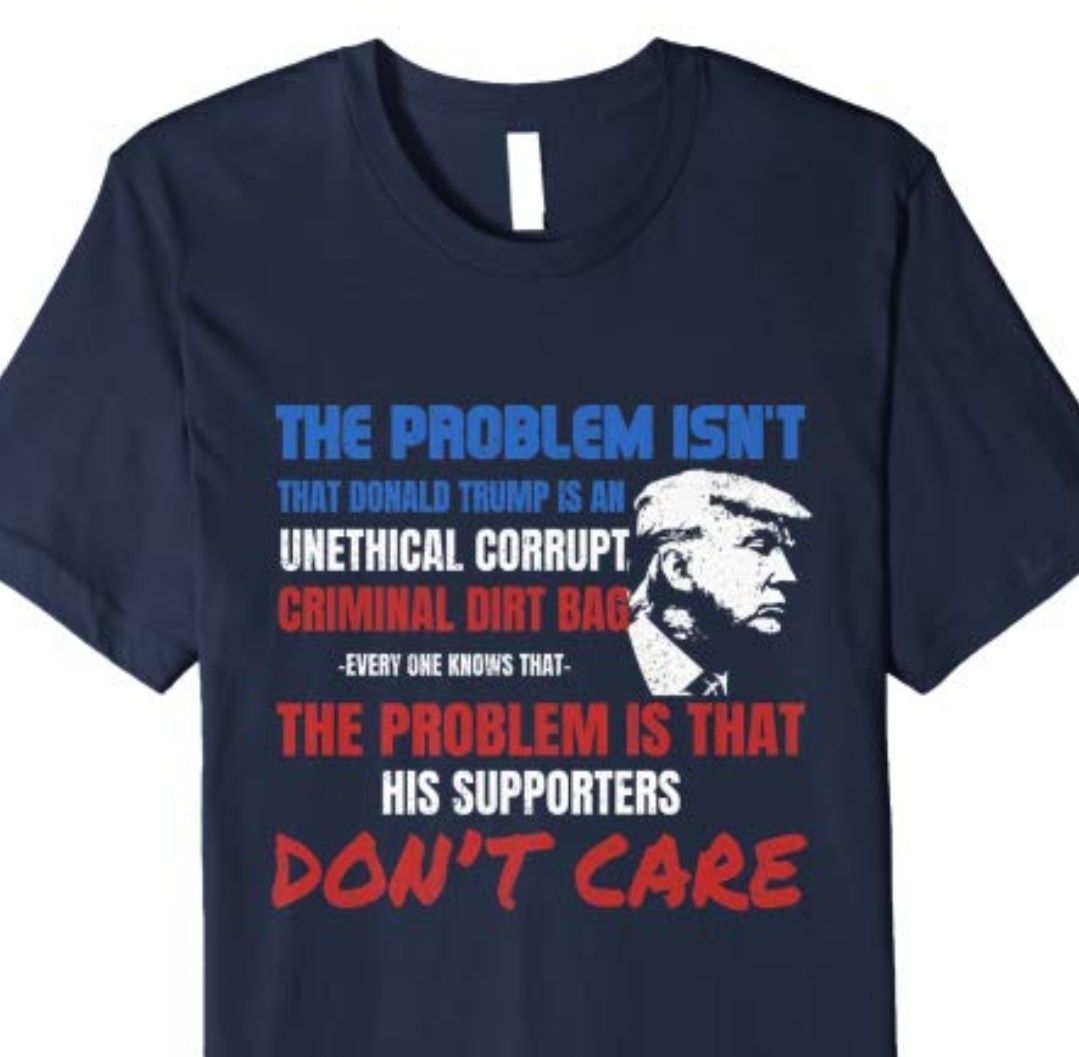 New Poll Has Very Bad News for Donald Trump in Key Swing State of Florida, and That's Not the Only Place He's Struggling

With the global pandemic bringing daily life in the United States to a screeching halt, the 2020 campaign has become somewhat of an afterthought as Americans focus on staying healthy and practicing social distancing.

But though the campaign trail is no longer in full swing, voters across the country can't help but see this crisis as a test of competence for President Donald Trump and a test of leadership for former Vice President and likely Democratic nominee Joe Biden.

A recent in-depth report from the Washington Post detailed the 70 day period between President Donald Trump's first knowledge of the virus and his eventual acknowledgment that the pandemic—which has killed over 10,000 people in the United States—poses a serious threat.

Trump's constant dismissal of the virus wasn't for lack of experts and longtime lawmakers warning him of the possibilities, as Washington Post opinion writer Greg Sargent points out.

Author and military historian Max Boot is a self-identified conservative, but he's by no means a supporter of President Donald Trump. Boot endorsed former Secretary of State Hillary Clinton in the 2016 Presidential election and he's frequently referred to Trump as the worst President in modern times.

But in a blistering new op-ed for the Washington Post, Boot removes the "in modern times" qualifier, referring to Trump as simply the worst President in U.S. history, citing his delayed and inadequate response to the virus that's brought the United States to a standstill.

After Trump Asks 'What Do You Have to Lose' by Trying Unproven Anti-Malarial Drug, CNN Answers With Savage Headline

In the face of a pandemic that's led to thousands of deaths in the United States, President Donald Trump's daily press briefings regarding the virus have often resulted in fewer answers and greater uncertainty, with the President unable or unwilling to provide accurate information to the American people.

As a result, media outlets have found themselves scrambling to fact check the President and some of his associates in real time. One local NPR station stopped broadcasting the briefings all together, instead compiling the statements from medical experts on the White House virus task force, such as Nation Institute of Allergies and Infectious Diseases director Dr. Anthony Fauci.

As the pandemic that's caused a national health crisis continues to worsen, President Donald Trump has been unyielding as ever in his eagerness to spread misinformation. It's made for some tense moments between the President and reporters.

One of the President's most damaging lines of misinformation has been his endorsement of hydroxychloroquine, a drug typically used for malaria, lupus, and rheumatoid arthritis. Trump has touted the drug—which hasn't undergone trials to treat the virus—as a possible cure.

As more information becomes available regarding the virus that's caused a public health crisis in the United States, officials at the Centers for Disease Control and Prevention have urged Americans in hard-hit areas to begin wearing cloth masks to cover their faces.

Unlike medical professionals, who need N95 masks (of which there is a shortage) when treating virus patients, average Americans can wear makeshift cloth masks that block the saliva droplets through which the virus is spread.