Trump Wants to Slash HIV/AIDS Funding, and It Could Mean Death for Thousands Around the World 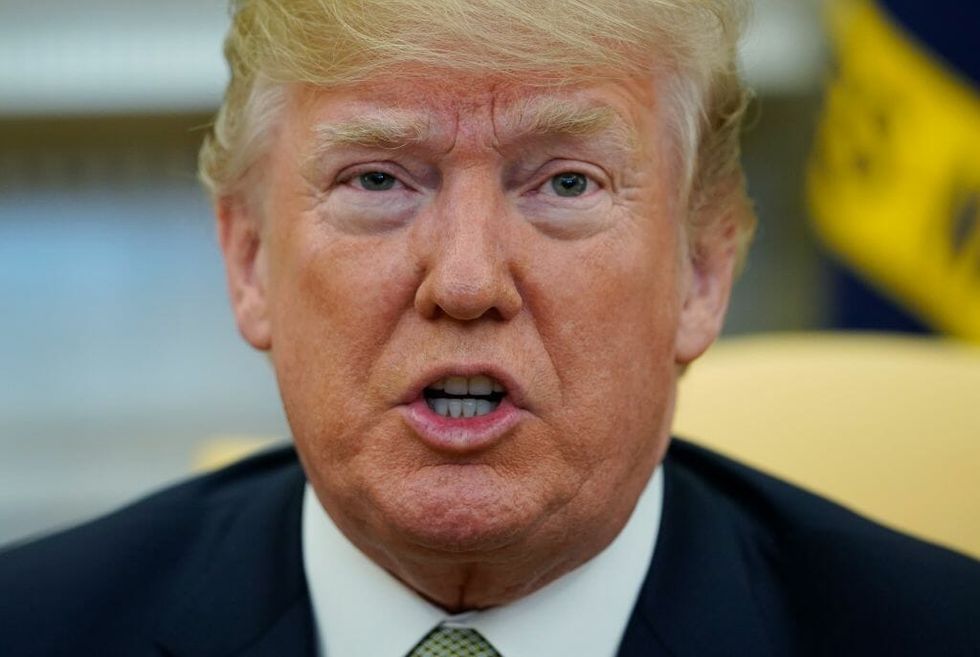 As part of his 2019 budget, President Trump is cutting funding for HIV/AIDS programs — again. This is a significant blow to people living with HIV/AIDS and not the first time that Trump has demonstrated a lack of support for those programs.

According to The Huffington Post, the proposed cuts include slashing $40 million in funding from the Centers for Disease Control HIV/AIDS prevention programs, as well as cutting $24 million in federal housing programs for persons living with HIV/AIDS. Similar to other legislation proposed by the Trump administration, these cuts send a clear message of Trump’s utter disregard for LGBTQ Americans. Some analysts believe that Trump’s actions could contribute to nearly 300,000 deaths globally.

“It’s all part of Trump’s attacks on marginalized communities … He picked a vice president with a negative LGBTQ record, and now, looking at his proposed cuts [to HIV/AIDS programs] ― two years in a row ― it’s indicative of a White House that has done negative things to both the queer and African-American community, over and over again,” Alex Morash, public relations director at the National LGBTQ Task Force advocacy group, told HuffPost on Wednesday.

Although significant strides have been made in recent years towards the fight against HIV/AIDS, the CDC estimates that nearly 1 million Americans currently live with HIV/AIDS. This pales in comparison to the 36.7 million people globally who live with HIV/AIDS. The virus disproportionately affects more LGBTQ individuals and people of color. In addition to the aforementioned cuts, the 2019 fiscal budget proposal also includes an $800 million cut to global AIDS funding.

“The United States has been a leader in the fight to end the AIDS epidemic around the world and these programs are vital to the health of millions around the world,” David Stacy, Government Affairs Director at the Human Rights Campaign, told the Daily Beast. “The Trump-Pence Administration is abandoning a bipartisan effort that Presidents Bush and Obama championed. Cutting essential funding for these life-saving services jeopardizes not only LGTBQ people but significantly undermines the overall health infrastructure in these countries.”

Just over 30 years ago, the world was embroiled in in an AIDS epidemic. The disease was relatively unknown and effective treatments were scarce.  Millions of people died as a result of the disease, and the government response, under the Reagan administration, was negligible at best. Initially misappropriated as a “gay disease,” HIV/AIDS has since been proven to affect individuals from all walks of life. Since the epidemic of the ‘80s and ‘90s, tremendous scientific advancements have been made in an effort to eradicate HIV/AIDS.  Medications have dramatically improved, which has both increased life expectancy and quality of life.

However, stigma still exists. Even today, the cultural narrative suggests that individuals living with HIV/AIDS are somehow “dirty” or infected with the virus due to poor personal choices. Such toxic beliefs counter the scientific and societal advancements made in the fight to truly eradicate HIV/AIDS. Again, Trump’s proposed budget cuts serve as a direct message that individuals living with HIV/AIDS are not important, thereby marginalizing yet another group of Americans. The message is clear — if you are not a white, straight, conservative American, then the president does not care. For many persons, such as Danny Carroll, living with HIV is still compounded with stigma:

I was in the closet, all this time, because of what I thought having HIV would say about me. And this is not an excuse. That realization alone proved that I had never listened to the lessons I had been taught. That understanding should have been innate, should have been instantaneous, but it was not; that is stigma. The longer we wallow in fear for our identity, the harder it becomes for the people who truly need support and attention to get the attention they desperately need, namely the long term survivors still dealing with the aftermath of their battle with the virus, and the unprivileged multitudes in this country without access to the healthcare programs necessary to allow them to easily do what I, and many more, have done. We need to change the logline. Our message is stilted: we tell the people who have already caught the virus, already seroconverted, that they’ll be fine, and yet revile the idea of telling a healthy person that they’ll be fine if they catch HIV. The ‘no big deal’” problem. The urgency of prevention is still painted with the idea that HIV is the most awful thing you could catch, which is a simple and effective message, I understand that, much more simple than the idea that prevention is about the wider arc of the virus and creating a human barrier to corral and control the pandemic. We throw so much attention at personal prevention that when prevention fails it feels like a loss, like a major failure of character rather than an encounter with a monumental force of nature. Should it then be any surprise that our newly diagnosed still suffer such massive depressions with that sort of message circling our culture? People are still doubtful that I am healthy, that a person with HIV can qualify perfectly as such.

HIV/AIDS is a public health issue, and Trump’s actions reinforce the stigma that Carroll articulates. Although mortality rates from HIV/AIDS have dropped precipitously in recent years, it still impacts millions of people. Trump, as well as our government, have a responsibility to support the funding of HIV/AIDS prevention, treatment and housing programs until the virus has truly been erased.

According to the Huffington Post, Trump’s support is actually crucial in combating HIV/AIDS.  Although HIV/AIDS is much more treatable than it was 30 years ago, a commitment is required to truly eradicate the virus. Confronting bias, stigma and discrimination is crucial, and action-based practices such as funding stable housing and providing comprehensive health care are of paramount importance. The federal government is responsible for ensuring the civil rights and quality of life for this vulnerable population.

Thankfully, similar proposed cuts were rejected by Congress last year. Hopefully, they will once again be rejected, as lives are literally on the line.