Pro-refugee findings in a study mandated by President Trump mysteriously failed to make it into a final report presented to the administration on September 5. 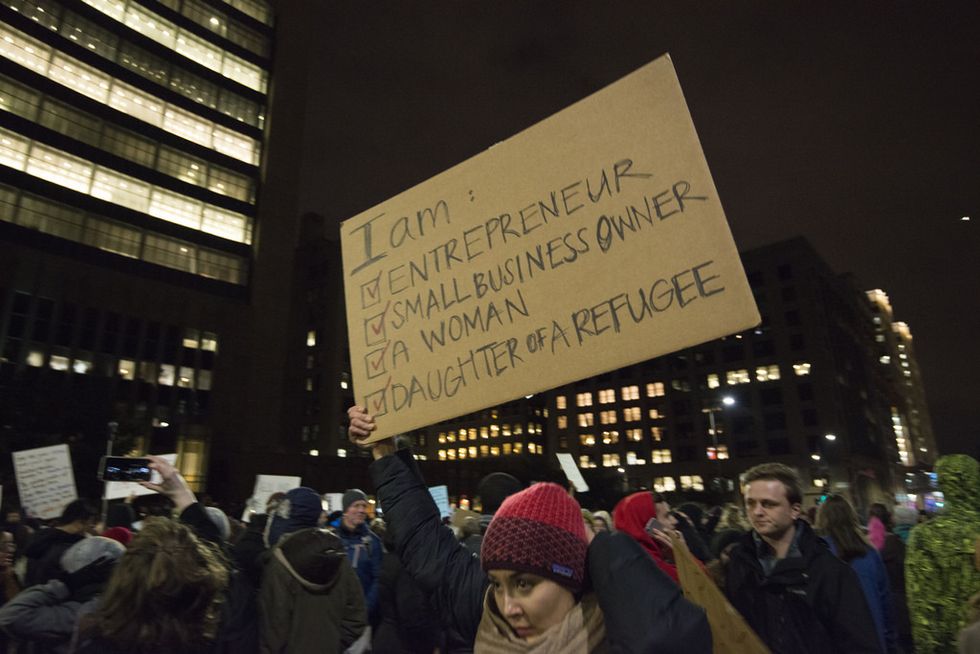 Officials from the Department of Health and Human Services issued a draft report in July determining that refugees “contributed an estimated $269.1 billion in revenues to all levels of government” between 2005 and 2014, through the payment of federal, state and local taxes. The Trump administration rejected the report.

The report — which categorizes expenditure item-by-item — reveals that an increase in refugees is helpful to the economy. More specifically, the report reveals that refugees, listed by country of origin, generated $63 billion more in government revenues over the past decade than they cost. Though this draft report was not released to the public, despite its completion over the summer, The New York Times has acquired it.

With a White House seeking plausible reasons to refuse refugees in the United States in 2018, Trump administration officials rejected the study upon which the draft report was based.

Most recently, President Trump decided upon 45,000 as the permissible number of refugees to accept into the U.S. annually, beginning in the 2018 fiscal year, effective October 1. This policy, which rolls out October 18 — the day the 120-day refugee ban is set to expire — permits the fewest refugees into the country since 1980. As a comparison, former President Barack Obama had raised the refugee quota from 70,000 to 85,000 in the 2016 fiscal year, and then to 110,000 for 2017. In the almost 40 years the refugee admissions program has existed, the lowest number has been 67,000, until now.

The Department of Homeland Security advises against fewer than 40,000, while officials at the State Department as well as the Department of Defense believe the number should not have gone lower than a prior proposed number of 50,000.

President Trump’s chief policy adviser, Stephen Miller, who leads the restrictions program, urged President Trump to admit half that number or fewer — 15,000 was one such discussed number — under the notion that refugees are costly and heighten the risk of terrorism within the nation’s borders.

However, not all of the Trump administration supports restrictions on refugees.

Opponents of this program assert that refugees benefit the country, paying more in taxes than they consume in publicly-funded programs and taking jobs most Americans decline.

Unfortunately, the research-backed numbers report — which President Trump mandated on March 6 in a presidential memorandum (implementing his now-infamous travel ban) to the Secretary of State, the Attorney General and the Secretary of Homeland Security — never reached the White House. Some opponents of the restrictions on refugees believe the report was suppressed.

Section 4b of President Trump’s March 6 memorandum states: “To further ensure transparency for the American people regarding the efficiency and effectiveness of our immigration programs in serving the national interest, the Secretary of State, in consultation with the Secretary of Health and Human Services, the Secretary of Homeland Security, and the Director of the Office of Management and Budget, shall, within 180 days of the date of this memorandum, submit to me a report detailing the estimated long-term costs of the United States Refugees Admissions Program at the Federal, State, and Local levels, along with recommendations of how to curtail those costs.”

According to the internal study, “Overall, this report estimated that the net fiscal impact of refugees was positive over the 10-year period, at $63 billion.”

White House officials declared the conclusions were illegitimate and politically-motivated, as well as disproved by the final report issued by the reporting agency. They continue to claim that the per-capita cost of a refugee surpasses that of an American.

White House spokesman Raj Shah, formerly the administrator of USAID under President Obama, explained, “This leak was delivered by someone with an ideological agenda, not someone looking at hard data. … The actual report pursuant to the presidential memorandum shows that refugees with few skills coming from war-torn countries take more government benefits from the Department of Health and Human Services than the average population, and are not a net benefit to the U.S. economy.”

In other words, the White House is alleging that this study-based report is illegitimate and that the final report, barring the study’s conclusions, is the true report.

But, in a statement spurning comments on allegedly leaked documents, John Graham, the acting assistant secretary for planning and evaluation at the health department, admitted that there was no record that a report was ever finalized.

Noting that President Trump’s memorandum “seeks an analysis related to the cost of refugee programs,” which is partially true — though not by a long shot the entirety of the president’s request — Graham argued that the sole analysis in the purview of the Department of Health and Human Service’s (HHS) response to the memorandum is refugee costs from data within the department’s programs.

The agency did eventually submit that three-page report on September 5 — juxtaposed by the 55-page report in New York Times’ custody — which uses government data as a basis of comparison for costs of refugees to those of Americans. This September 5 report claims that the mean per-capita refugee cost to HHS programs over the course of the ten years studied totaled $3,300, compared to the cost of Americans at $2,500, mentioning no revenues contributed by refugees.

It is undetermined who in the administration withheld the study information from the September 5 report. According to The New York Times, an internal email from the same date stated that senior members of the aforementioned government agencies are “questioning the assumptions used to produce the report.”

Another email, likewise shown to The Times by a private source on the condition of anonymity, told that Mr. Miller had requested a meeting to discuss the report. In a similar vein, Mr. Miller included himself personally in talks on the refugee cap, ensuring that costs and not benefits of the program were discussed, according to two other involved anonymous sources.

The latter email argued that the cost of admitting a single refugee into the U.S. comes at the expense of helping more refugees out of their country of origin. Within the Trump administration, those who endorse this view believe any research revealing fiscal benefits of refugees is flawed and aspirational at best.