What Are Trevor Hoffman's Hall of Fame Chances for 2018? 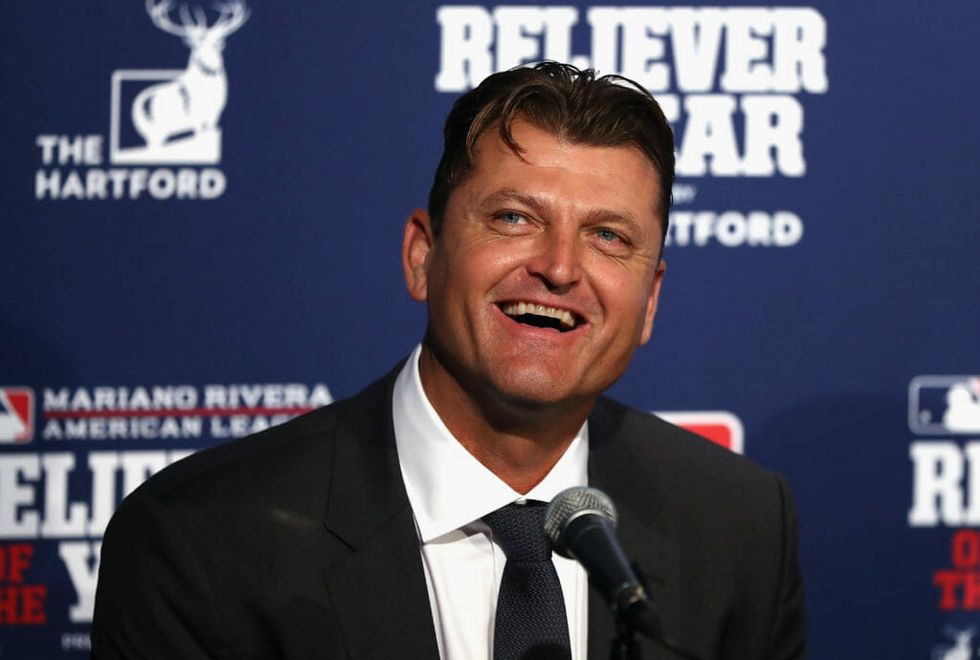 CHICAGO, IL - OCTOBER 29: Trevor Hoffman is one of the best relievers of all time. (Elsa/Getty Images)

The Hall of Fame ballot has been released for 2018, and Trevor Hoffman is one of 33 players on it. Over the next few weeks, members of the Baseball Writers Association of America will make their final voting decisions. BBWAA writers can vote for a maximum of ten players the believe should be immortalized in MLB's Hall of Fame; any player who appears on at least 75% of the ballots earns a place in Cooperstown, Ohio. We'll find out who made the cut on January 24th, 2018! Second Nexus Sports has already profiled Chipper Jones and Jim Thome; today we'll be looking at Trevor Hoffman.

At first glance, Trevor Hoffman's WAR and JAWS totals seem quite low for a Hall of Famer. Obviously we need to take into account that Hoffman was a reliever for his entire major league career; the bar should be set a little lower in terms of WAR-based statistics. When you take into account that Hoffman has the third-highest career fWAR total among relievers all-time, we start to see just how legendary his performance was.

WAR isn't a perfect way to measure the value of a reliever, certainly. So when we take a turn towards Saves, a more traditional statistic, Hoffman stands out even more. Hoffman's 601 career saves were an MLB record until Mariano Rivera came along and broke it. Aside from Rivera and Hoffman, no other major-league pitcher has ever crossed the 500-save threshold, let alone reached the 600 milestone.

My favorite statistic by which to measure relievers is one called Win Probability Added. WPA combines the win advancement value of all plate appearances or batters faced in which a player advanced his team's win probability. Then, it combines the player's overall loss advancement value and subtracts it from the win advancement total. Hoffman once again appears within the top three all-time on the list for this stat; his 32.78 WPA is second in baseball history behind only Rivera.

Trevor Hoffman appeared on 74% of all Hall of Fame ballots last year. The fact that he missed out on a Hall of Fame berth by just 1% was no-doubt crushing. However, it seems likely he'll be inducted this year.