Trevor Engelson: Why Did Megan Markle Divorce Her First Husband? 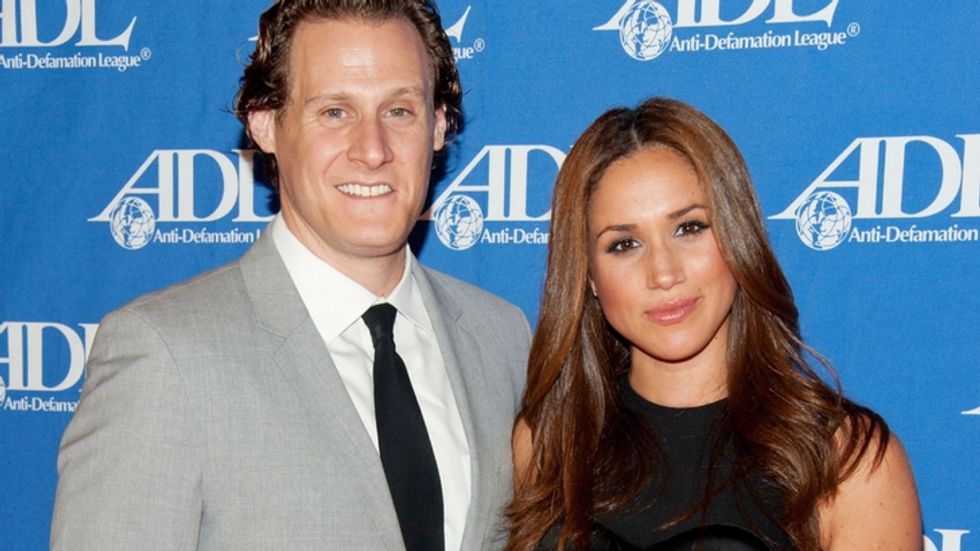 Today, American actress Meghan Markle announced her engagement to Prince Harry, who is fifth in line for the throne in the United Kingdom. The engagement is notable because Markle was previously married to Hollywood producer Trevor Engelson before divorcing two years later.

Although Markle and Engleson didn't wed until 2011, they had been a couple for six years prior to their September beach wedding in Jamaica. They met in 2004 when Engelson was a production assistant. The couple went on to work together in 2010 film Remember Me starring Robert Pattinson, which the 41-year-old Engleson produced.

The couple was married in Jamaica on September 10, 2011. It was a lavish wedding with 102 guests. Those who attended the nuptials noted the ceremony was short but the party following lasted long into the night. The couple's happiness was short lived. Two years later, Trevor Engleson and Meghan Markle quietly separated. It was a no-fault divorce due to irreconcilable differences.

Insiders cited two high-profile careers as the cause of the divorce. Markle's role as Rachel Zane in the USA drama Suits kept her filming in Vancouver for much of the year while Engleson was in Los Angeles. In a recent ITV documentary called Prince Harry and Meghan: Truly, Madly, Deeply, Markle's friend Abby Wathen noted that the divorce empowered her friend. "She took her power back," Wathen shared. "It wasn’t the right relationship for her, so she moved on."

Meghan Markle divorce means that her marriage to Prince Harry will have to receive a special approval by both the Queen and the Archbishop of Canterbury. In a statement released by Buckingham Palace this morning, the British monarch gave the match her approval.

Archbishop Justin Welby also tweeted his approval and well wishes to the couple.

With the approval of these two important figures, it appears the path is clear for Meghan Markle to enter the British royal family.