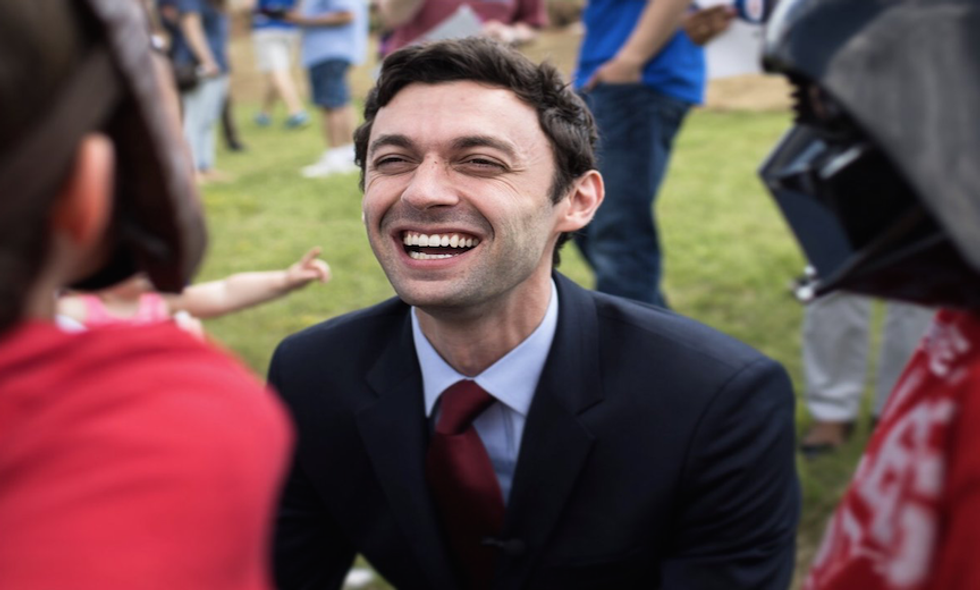 All eyes will be on Georgia's 6th district tonight, where Democrat Jon Ossoff leads in the polling for the special congressional election. If he wins by 50 percent or more, he will take the seat once held by Health and Human Services Secretary Tom Price.

"This is not a normal election for the sixth. It’s a referendum on Trump," said Colt Whittall, a registered Republican who told Think Progress that he plans to vote for Ossoff.

The Georgia 6th is traditionally a Republican district in parts of Cobb, DeKalb and Fulton Counties. Its residents elected Newt Gingrich, the former Speaker of the House, to ten terms in congress. No Democrat has won the 6th since 1979.

Today's special election includes 18 candidates for the seat that Price won by 23 points. However, the president only won the district by 1.5 points. Georgia's rules require the winning candidate to earn more than the majority of the vote, so if Ossoff is unable to capture 50 percent of the vote today, this election will be treated as a run-off with the top two candidates moving on to another election.

Because of the district's Republican history, many people believe that Ossoff would not fare as well in a two-way race, and would have to win today to beat the Republican that comes out of the run-off. Currently, four Republicans are in contention for the second place spot.

Heading into the election, Karen Handel leads Bob Gray, Dan Moody, and Judson Hill. However, the betting markets and statistical analysis by FiveThirtyEight show the race as more or less a toss-up.

The combination of the tight presidential race and Ossoff's polling lead means have seen national Democrats pouring money and energy into this race. The campaign's more than 4,000 volunteers have been knocking on doors and calling voters. The Democratic Congressional Campaign Committee (DCCC) trained Ossoff's team, with one of its staffers now running the campaign.

Even celebrities are pitching in. Samuel L. Jackson has recorded an ad in which he says, "We have to channel the great vengeance and furious anger we have for this administration into votes at the ballot box!"

For his part, President Trump has weighed in on the opposite side, tweeting false comments about Ossoff and recording a robocall against the Democrat.

As for the candidate himself, Ossoff credits his volunteers, many of them suburban women, and the energized electorate for his lead. In an interview with Slate, Ossoff said, "It’s a renewed spirit of civic engagement and political activism. Most of it is being led by women. I’m taking my cues from them."