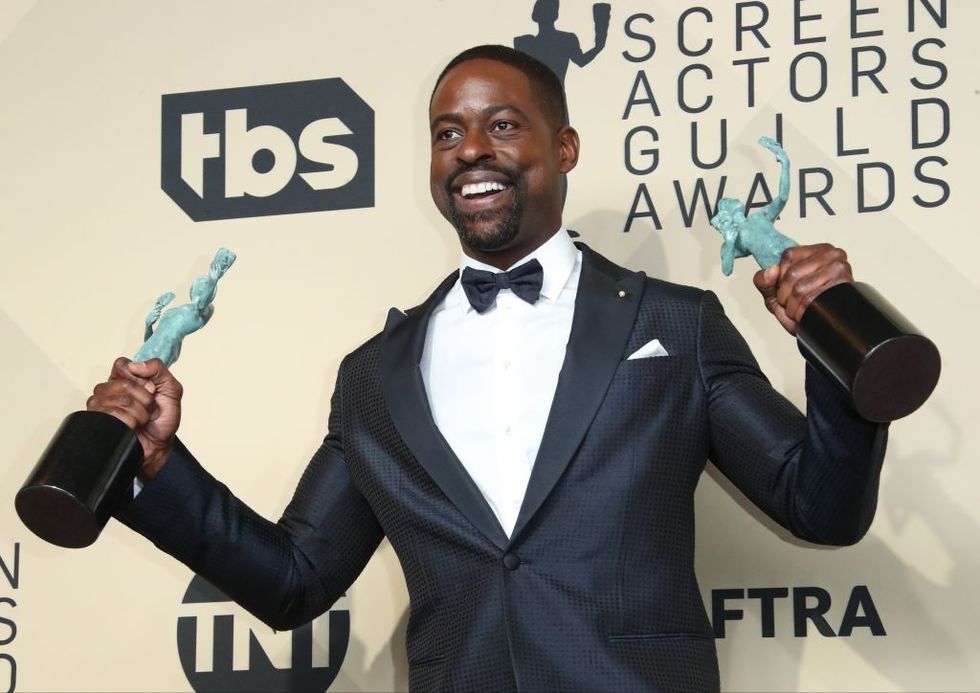 Many shows have taken a break for the Winter Olympics, which airs until Feb. 25 on NBC. So will there be a new episode of 'This Is Us' on CTV tonight? (Photo by Dan MacMedan/Getty Images)

This Is Us will not air on CTV tonight, according to its schedule. The show will return with a new episode next week (Feb. 27) at 9:00 p.m. EST. This Is Us will also return to NBC next Tuesday in the U.S., following the end of the Winter Olympics.

The show, like many others, took a break for the Winter Olympics, which ends Feb. 25. NBC released a few promos leading up to the new episode, with Jack at the heart of it all. The new episode (Season 2: Episode 16) will feature Kate's bachelorette party, according to Elite Daily. As Elite Daily points out, fans worried that Jack would disappear from the show after his funeral. But based on the promo, it looks like the show will dive deeper into his past.

Sterling K. Brown, who plays Randall Pearson, will host Saturday Night Live on March 10, according to Entertainment Tonight. Brown won the Emmy and Golden Globe for his work on the show, and recently stars in the Marvel hit, Black Panther. With his Golden Globe victory, Brown became the first black actor in history to win the TV lead actor drama category, according to Deadline.

In 2017, This Is Us scored 11 Emmy nomination, according to Entertainment Weekly. It earned a nomination for Outstanding Drama Series, making it the only network show to do so.

This Is Us premiered in 2016 to immediate critical acclaim. As AV Club put it: the pilot set a high bar. The show's "Superbowl Sunday" episode aired after Superbowl LII on Feb. 4 and became the most-watched post-Superbowl show since 2012, according to Entertainment Weekly. The episode rose to 33.3 million viewers, which became the highest-rated episode of the season, according to Variety. The episode This marked a huge feat for the show, especially in spite of the low Superbowl ratings.

In Canada, This Is Us ranks as one of the most-watched shows in CTV, according to Newswire. You can watch past episodes on CTV and NBC, and on streaming sites such as Hulu and Netflix.