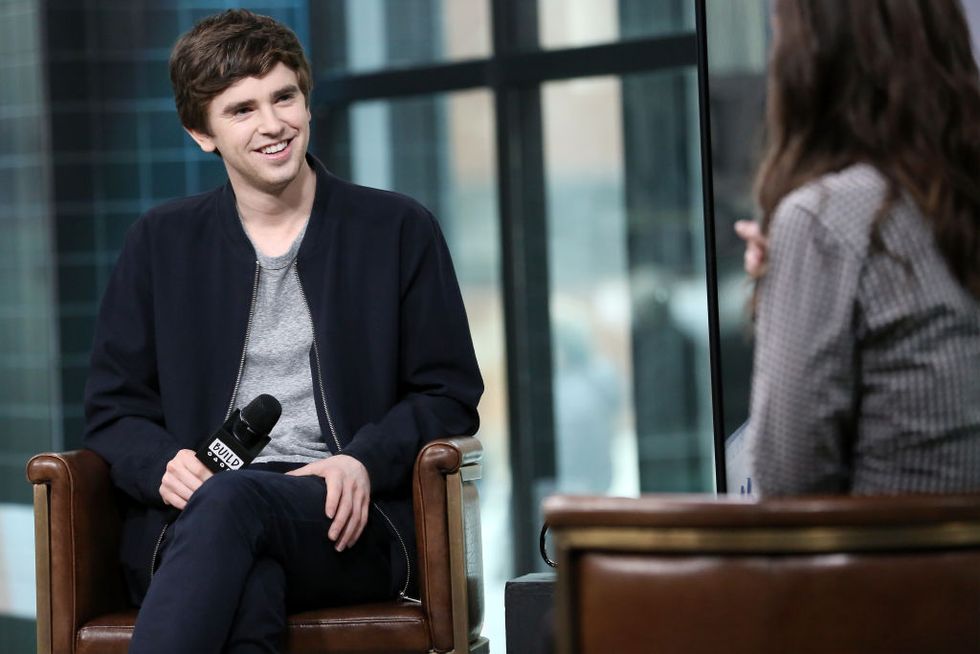 Is there a new episode of The Good Doctor tonight, March 12? Thankfully, The Good Doctor returns to ABC and CTV (Canada) tonight at 10 p.m. EST with an all-new episode. Episode 16 -- "Pain" -- airs tonight after a break last week. The season finale will air on Monday, March 26.

According to TVGuide, tonight's episode follows a patient who must decide whether or not to have a dangerous, life-changing surgery. If he chooses not to, the patient's life will remain the same. The choice, of course, is up to the patient -- and Dr. Shaun Murphy, played by Freddie Highmore (Bates Motel).

The show centers on Shaun Murphy, a young physician diagnosed with autism and Savant syndrome. According to this article by The Wisconsin Medical Society, persons with Savant syndrome display "islands of genius". This means they tend to have extraordinary abilities in certain fields, like music, art, and math. Dr. Murphy, for example, struggles with social connection, but excels in medicine.

Season 1 of The Good Doctor broke ratings records, according to Vulture. In October, the show ranked as the number one prime time drama with 17.4 million average viewers -- more than This Is Us and NCIS. Interestingly, the show pulled in these numbers even in the 10 p.m. slot, which, according to Vulture, is very hard. People usually tend to watch shows they recorded earlier at that time.

As one could guess, David Shore, who produced the similar hospital drama House, created The Good Doctor. In fact, he adapted the show from a South Korean drama with the same name. According to Indiewire, Shore thinks he could not make the show ten years ago with the same success.

“This is a character that networks might have been afraid of putting on TV, afraid that he might not be relatable ten years ago,” he said. “I think the world is getting better despite some evidence to the contrary.”

Check back for updates on a new episode of The Good Doctor next week.