To Swaddle or Not to Swaddle: Scientists Dispute What is Safe for Newborns 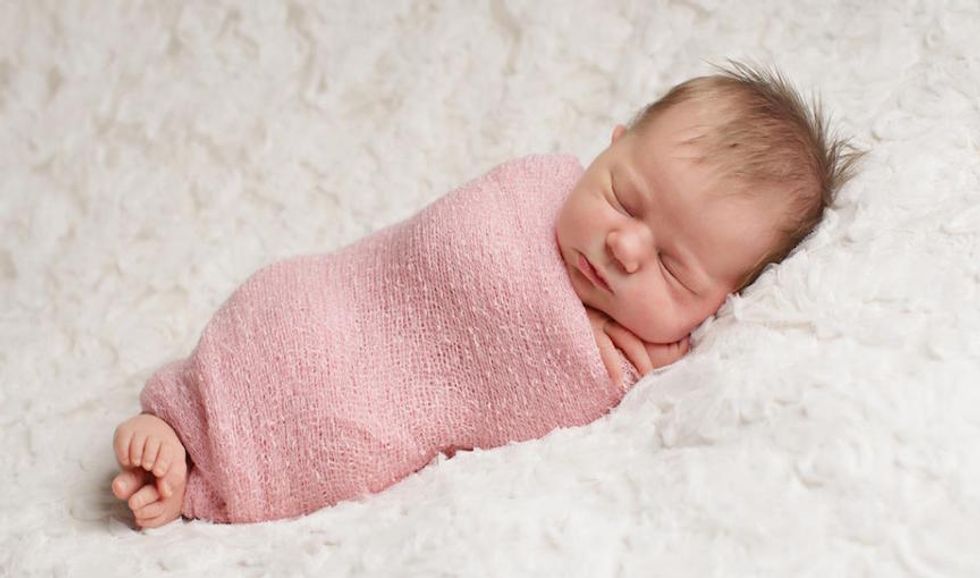 Nervous expecting parents sit around a hospital classroom, breathing in the advice of the nurse teaching the class. One of the first tools given to these prospective parents: how to swaddle your newborn.

Swaddling, which involves tightly wrapping a long cloth around a baby so that only the head is exposed, is soothing for newborns. The tight wrap is meant to simulate the tightness of the womb, which leads to babies falling asleep faster and sleeping longer. It has been a lifesaver for many, many parents for generations.

However, a new study published this month in the journal Pediatrics found a possible link between swaddling and Sudden Infant Death Syndrome (SIDS), a largely unexplained phenomenon that kills about 2,000 babies in the United States every year.

The scientists behind the study examined almost 400 studies on swaddling, some dating back to the 1950s. Of these studies, only four investigated the connection between swaddling and SIDS.

Using these four studies, which involved a total of 760 SIDS deaths, the researchers found that swaddling increased the risk of SIDS, in particular when the babies were not placed on their backs to sleep.

While headlines after the study was released were alarming, parents of newborns may not

need to burn their swaddle blankets just yet.

The study results are based on only four studies, which were all quite different. As senior author Peter Blair, a professor in social and community medicine at the University of Bristol in the United Kingdom, said, the differences in the examined studies made it “difficult to pool the results. This we have emphasized as strongly as any of the findings, but does not seem to get as much media coverage. Given the weak evidence, we do not conclude that swaddling is a risk factor for SIDS but rather than more evidence is needed.”

Moreover, the study really emphasizes what is already known: “Back is best” for safe sleeping practices. (The overall rate of SIDS has decreased by over 50 percent since the “Back to Sleep” safe sleeping campaign began in 1994.)

The study also found that when babies get to the age where they are able to roll over – generally between four and six months – swaddling can lead to a higher risk of SIDS because babies could end up on their stomachs, even if they were originally put to bed on their backs. (For this reason, official guidelines in the Netherlands encourage parents to

stop swaddling once the child shows signs of being able to roll over.)

However, given the limited number of cases of SIDS investigated after the baby turns six months old, this result “could be statistical fluke,” said Clay Jones, a neonatal hospitalist at Newton Wellesley Hospital in Massachusetts.

Some believe the real danger may result from parents ceasing to swaddle because of fears of SIDS.

Harvey Karp, an assistant professor of pediatrics at the University of Southern California School of Medicine, warned of the possible negative effects of ceasing to swaddle in the wake of the study. Crying and lack of sleep “are the two biggest pain points parents have.” If an effective means of reducing these pain points is removed, it can lead to postpartum and parental depression, child abuse, more women giving up breastfeeding, and parents resorting to unsafe sleeping arrangements, said Karp.

He continued, “while they really showed no clear evidence it was a risk factor to swaddle your baby safely, they created this worry that may discourage people from swaddling, which may then have unintended consequences that increase infant deaths.”