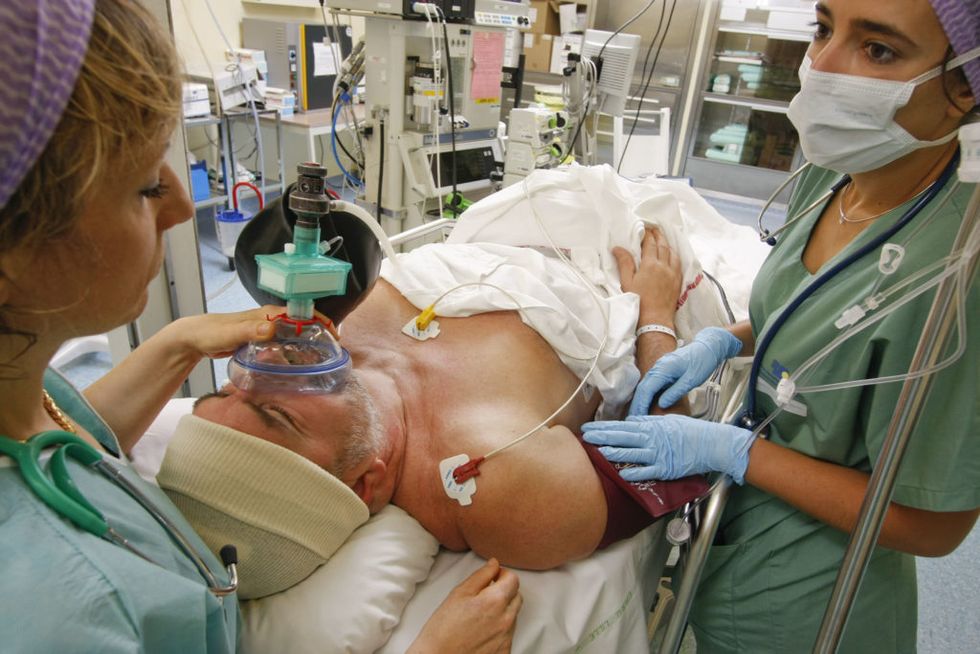 hoto Essay At The Regional University Hospital Of Lille, Salengro Hospital, Department Of Neurosurgery. (Photo By BSIP/UIG Via Getty Images)

We have all heard horror stories about patients who remember or feel surgeries, even though they were under general anesthesia. While these cases are fairly rare, they shed light on the notion that when it comes to certain general anesthetics, our brains might be in more of a sleep and dreamlike state than previously realized.

Researchers from the University of Turku in Finland have revealed that even under general anesthesia, some parts of the human brain are still able to process sensations from their surrounding environment. This will occur even when the patient cannot recall any of it upon waking.

The research study was conducted to determine whether the state of unconsciousness was due to the direct effects of the drugs, or more likely a result of a specific brain process.

In the report, researchers indicate that "unresponsiveness does not equal unconsciousness, as one may have conscious experiences without behavioural responsiveness."

The study, led by Dr. Harry Scheinin, monitored a group of 47 patients who were administered propofol or dexmedetomidine, a medication commonly used for general anesthesia. Each patient was administered sufficient medication to achieve a "presumable loss of consciousness." After a while, "an attempt was made to arouse the participant to regain responsiveness while keeping the drug infusion constant."

The volunteers were then played a series of both congruent and incongruent sentences, while their brains were being monitored by electroencephalogram (EEG) and positron emission tomography.

The monitoring of brain activities demonstrated that the brains (of the patients under general anesthesia) were trying to interpret the exact meaning of the words from both the congruent and incongruent sentences.

“However,” said study co-author Katja Valli, “after the participants woke from the anesthesia, they did not remember the sentences they had heard and the results were the same with both drugs."

“In other words, the brain can process sounds and words even though the subject did not recall it afterwards. Against common belief, anesthesia does not require full loss of consciousness, as it is sufficient to just disconnect the patient from the environment,” said Dr. Scheinin.

Previous studies have allowed researchers to monitor changes in brain waves that match changes in consciousness. This study, due to the close monitoring and specificity of the drugs administered, allowed researchers to identify changes in the brain due to drugs and changes that were a direct result of changing states of consciousness. This study confirms the previously suggested theory that anesthesia doesn’t turn off the brain; rather it prevents certain parts of the brain from communicating freely.