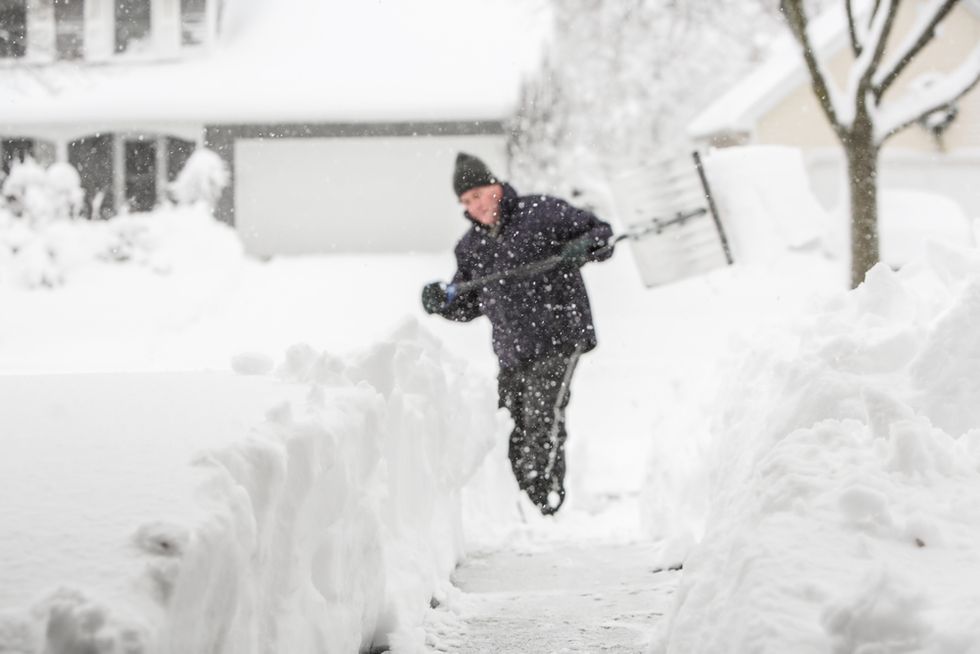 Among the many alarming effects of climate change, one receives far less attention than it deserves: its economic effect on the working poor.

Most discussions of climate change acknowledge its disproportionate effect on poor communities in developing countries, primarily due to the risk of famine, displacement and disease from rising sea levels, and increases in the severity and frequency of storms or droughts. But our planet's changing climate is also proving treacherous to the working poor in industrialized nations.

A nuisance for some, a financial disaster for others

During the winter storms of 2015, white collar professionals were not seriously affected. They could still work from home and earn a paycheck--and keep an eye on their kids. But for many others, the storms hindered their ability to even get to work, or to care adequately for their kids. And for the poorest workers, a snow day did not just mean being stuck in the house with bored kids, or a chance to cross-country ski down the street. It was often a financial disaster with cascading effects.

As Evan Horowitz of The Boston Globe noted, “Salaried workers don’t have to worry too much about snow days. Their paychecks will be unaffected. But if you get paid by the hour, then a snow day is a penniless day, a day when you can’t earn any money. In some jobs, it might be possible to make up those hours — think of a manufacturing plant that needs to stay open late a few nights to make up for the lost day — but if you work in a restaurant, for instance, there’s no guarantee you’ll ever get those hours back.”

“Snowpocalypse 2015” coverage had both lighthearted and serious stories. Across social media, pictures abounded of snowsuit-clad toddlers and college students goofing off in the drifts. But there were also plenty of reminders about the typical impact of the weather on specific vulnerable populations. Our media dutifully reported that the homeless were the most vulnerable, and homebound elderly could freeze or lose access to services. The impact of snow on people with wheelchairs

and scooters or those who are dependent on public transportation was also fairly predictable and widely reported and appreciated.

National and regional media did report on business closures, massive municipal snow removal costs and lost days of productivity. But when a news report mentions the costs of "lost business," the actual human cost of that lost economic activity is harder to picture. When reports confirm, for example, that “retailers and restaurants were the hardest hit,” this means restaurants with fewer filled tables and retail establishments with fewer purchases. Workers in these industries are particularly vulnerable, and not just because they are historically low paid. These workers also have relatively little control over their schedule and thus over how much money they make, even at their comparatively low hourly rate. Many employers require such workers to be available at any time, but when business is slow or nonexistent, employees get sent home or simply do not get called in at all. Retail workers in particular are subject to “just-in-time scheduling” that treats their availability as part of a cost algorithm, without regard to the hours they need to work week to week, their child care needs, or their ability to plan for things like doctors’ appointments.

Consecutive days of snow, with impassible streets and delayed or cancelled bus schedules, are to many a “slow-moving natural disaster.” A food service worker or big box retail worker who receives the federal minimum wage of $7.25 an hour makes less than $20,000 per year--below poverty level and well below living wage for a family of four. For someone already at subsistence living, every hour worked counts, and every missed hour hurts.

A school snow day, or even a late start, can mean missed meals for a child who receives free or reduced-price breakfast or lunch at school. And for parents with kids, a snow day could mean either another missed work day or an unplanned child care cost, or even a child left to manage on his or her own, which can have unpredictable and serious consequences.

Whole Foods employee Rhiannon Broschat lost her job when Chicago Public Schools closed schools last winter, citing the extreme cold that was dangerous for children. Because Rhiannon had no available back-up care for her special needs child, she had

to remain home. Her employer pointed out, however, that “[b]ecause other employees made their way into work, … the weather situation [was not] serious enough to count in the ‘excused absence’ category.” And so Rhiannon, having already used up her excused absence limit prior to the snow day, was fired when she went in to work the next day.

Weather-related transportation woes also can be more than just a nuisance. A snowed-in car, or one that fails to start due to cold weather, can lead to a missed work day. A late bus, a bus on a snow route, or a cancelled bus could mean a missed shift or a late clock-in, which in turn could lead to a lost job. An hourly worker might take the bus in the snow and scramble for childcare, only to find that her shift has been cancelled because there are no customers in the store or restaurant.

Add to the above the risk that a child gets a winter cold, or a child’s caretaker is snowed in. Or factor in that the heat gets shut off for a missed payment, or a back gets strained from shoveling snow or slogging through drifts just to get out of a house or to the bus stop. In a blizzard, the working poor face a multitude of risks at every turn.

As Linda Torado points out in her piece about the challenges of living in poverty: “It’s amazing what things that are absolute crises for me are simple annoyances for people with money. Anything can make you lose your apartment, because any unexpected problem that pops up, like they do, can set off that Rube Goldberg device.”

Snowpocalypse 2015 wasn’t just “any little thing.” It was days and days of things. But without a strong social safety net in place, there was simply no margin for error. We have forced large swathes of our work force into a circumstances where a single prolonged snowstorm--to say nothing of back to back storms like the Northeast saw this year--could mean unemployment, homelessness and significant health risks. As more intense and longer-lasting storms occur due to climate change, this will have a profound and unprecedented impact on the working poor.

The first step toward any effective response to this threat involves, first, a recognition of the problem: Our world's changing climate does not only affect far-flung places, but the working poor right here at home. Our current social safety net fails to account for the myriad crises that play out in poorer families and households on every "snow day"--which more privileged families simply can ride out. The true economic and social impact of weather-related interruptions has now only begun to be studied and understood. But the working poor already feel the real consequences of these storms, and will only suffer greater displacement in the years to come.