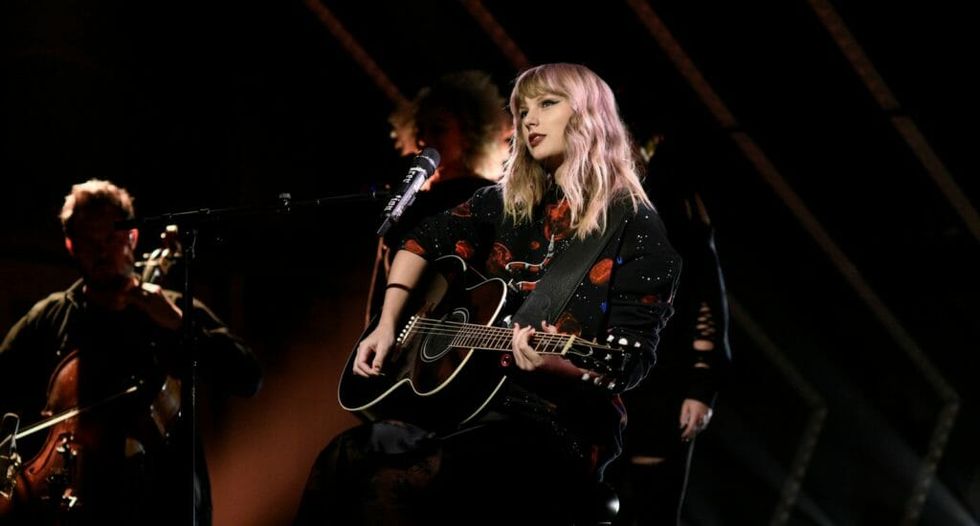 Musial guest Taylor Swift performs "Call It What You Want" in Studio 8H on Saturday, November 11, 2017. (Will Heath/NBC/NBCU Photo Bank via Getty Images)

Chance the Rapper will be hosting the live sketch comedy show to promote his new movie, Slice. The movie is in the comedy/horror vein with a "whodunnit" plot that revolves around the murder of a pizza delivery driver. The suspects in the murder include a drug dealer and werewolf, reports Business Insider. The movie also stars Joe Keery (Steve from Stranger Things), Zazie Beetz (Atlanta, Deadpool 2), and Paul Scheer of the FX/FXX series The League.

You can watch the trailer of Slice below.

Last week, Eminem recently released a track, Walk on Water, from his new album, Revival. Revival came out on Friday, November 17. The song Walk on Water features Beyonce. It is unknown if he will even be performing this new song on SNL or if Beyonce will make a special appearance for it. Eminem's last appearance on SNL was in 2013. According to Detroit News, "In the last decade, [Eminem] hasn’t mounted any large-scale tours, mostly performing in headlining spots at major festivals and appearing at stadium concerts."

It is unclear if Eminem is planning on going on tour for Revival.

Following the 11/18 SNL, the Saturday after Thanksgiving will be a rerun.

Why Isn't SNL on Every Saturday?

Saturday Night Live is not budgeted by NBC to be on every week. The show schedule is normally two weeks on, two weeks off. Lorne Michaels, the creator of the hit show, was given the choice by NBC executives of two episodes a month or 3 episodes a month, but with a staff budget that was 1/3 less.

Michaels wanted to keep the quality of the show high so chose to have fewer episodes.