The Morality of Smeagol Determines a Turkish Man’s Freedom 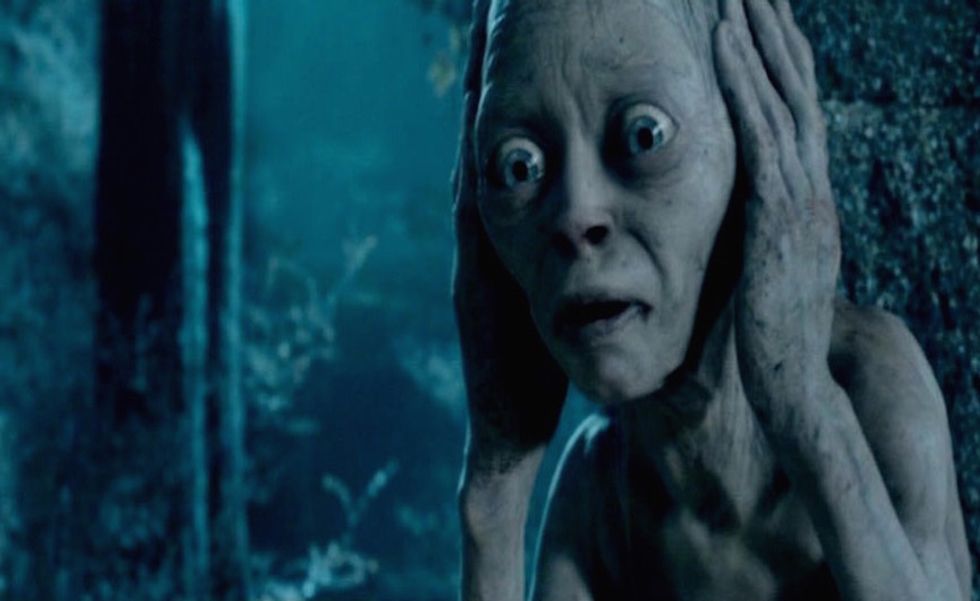 Fanboy film debates have fostered passionate discourse since the birth of the Internet, but these squabbles have never garnered particularly high stakes. Until now. In September 2014, Turkish physician Dr. Bilgin Ciftci shared a meme comparing photos of Smeagol from The Lord of the Rings (LOTR) film trilogy with Turkey’s current President, Recep Tayyip Erdogan; a month later Ciftci was fired. He now faces up to two years in prison.

In America, this sort of jocular Internet behavior is not only commonplace, but expected. We’ve seen our political leaders compared to everything from eggplants to monkeys, and we giddily share the most entertaining ones on our own social media accounts. In fact, a Google search of “Gollum” almost immediately brings up the impish character with George W. Bush’s face superimposed.

But, in Turkey, it is against the law to ridicule the President.

If a man’s freedom didn’t hinge on this debate, it could be considered humorous. But this is no joking matter; comedians, artists and citizens have faced prison sentences and more severe punishments throughout history for satirizing leaders and countries. For example, Shezanne Cassim penned this article in February of 2014 on his 9-month imprisonment, simply for having created a comedic video about the United Arab Emirates. And if the maximum-security time wasn’t bad enough, Cassim is still facing hardships: In April of this year, he sought a pardon and compensation because he was unable to get work due to his time behind bars.

Dr. Ciftci has suffered this hardship in reverse: he was promptly fired once news of his meme went public. He now faces trial under Turkey’s no-ridicule law.

So what happens now? A panel of LOTR experts has been

assembled with a singular task: determining if Smeagol is good or evil. If good, Dr. Ciftci goes free. If they determine otherwise, Dr. Ciftci will go to jail.

As the late J.R.R. Tolkein is no longer among us to enlighten the panel, LOTR director Peter Jackson has weighed in, which is sensible, given that these are images from the films that he directed. Said Jackson:

“If the images are in fact the ones forming the basis of this Turkish lawsuit, we can state categorically: None of them feature the character known as Gollum. All of them are images of the character called Smeagol.

“Smeagol is a joyful, sweet character. Smeagol does not lie, deceive, or attempt to manipulate others. He is not evil, conniving, or malicious — these personality traits belong to Gollum, who should never be confused with Smeagol. Smeagol would never dream of wielding power over those weaker than himself. He is not a bully. In fact he’s very loveable. This is why audiences all over the world have warmed to his character.”

This question of the character’s morality has been pondered and debated for over a decade, as evidenced by this Tolkein Forum thread. But is the morality of Smeagol really the point of Dr. Ciftci’s meme in the first place? It appears more to be a general comparison of

their visages, much like Donald Trump’s face placed alongside a stalk of corn or Hillary Clinton next to Internet video personality Dramatic Chipmunk.

Still, the question remains, and a man’s freedom hangs in the balance. And perhaps director Jackson’s opinion only confuses the issue further. After all, “Gollum,” as many articles refer to him, begins his life as “Smeagol.” He becomes Gollum after long-term negative effects of possessing the ring.

Professor Michael D.C. Drout of Wheaton College, who serves as editor of an annual review of Tolkein’s stories, opines: “I don’t think there’s any consensus that Gollum is evil,” Mr. Drout said in an interview. “He is the most tragic character in ‘The Lord of the Rings.’ ”

While this story may seem ridiculous to those of us in America, it has a strange, meaningful core. Dr. Ciftci likely was aware of the laws of his own country. According to the BBC News, over 100 people have been accused of insulting the Turkish president from August 2014 to March 2015. Ciftci shared the image knowing the possible repercussions.

The judge, who has not yet seen any of the films, postponed the trial until February 23rd. Which way will the panel decide? What will become of Dr. Ciftci? Only time, and the opinions of a group of people who must somehow glean the inner workings of an imaginary creature, will tell.