Where To Shelter During a Nuclear Attack 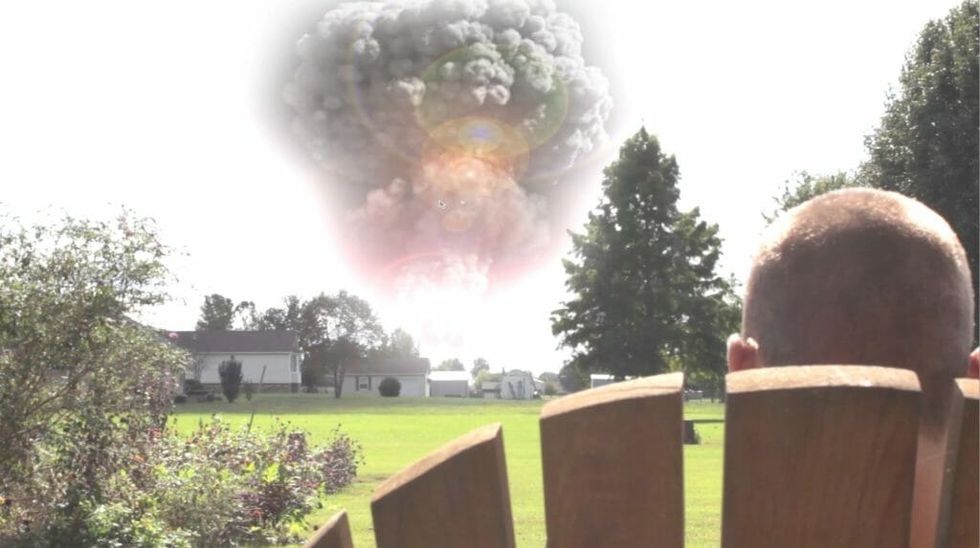 While the U.S. and North Korea exchange threats about who will launch the first strike, U.S. residents find themselves thinking about a nuclear attack on our homeland for the first time since the Cold War. Fortunately, science has progressed far beyond hiding under desks and offers some specific guidelines about what to do if a nuclear attack occurs in your area.

In a statement on August 8, 2017, a North Korean military spokesman said, “The provocative war the U.S. has devised and plans to execute will be countered with a just all-out war of wiping out all the strongholds of the enemies, including the U.S. mainland.”

This recent threat to the U.S. piles on top of the ongoing upgrade in tensions with Russia, which has continually increased its nuclear capabilities despite treaties to the contrary.

As more countries obtain nuclear capabilities, a growing threat of a terrorist nuclear attack also looms as a possibility.

It’s unclear how much advance warning we would receive prior to a nuclear blast.

What to Expect During the Blast

The federal government’s radar would receive the first notice and would send warnings to the public via phone alerts and air sirens.

If you don’t receive warning of the attack, you’ll see signs in the form of intense light and heat, which you should not look toward to avoid flash blindness within 50 miles of ground zero. You could also receive instant first to third-degree burns within ten miles, and will soon see the mushroom cloud climb into the sky.

The Department of Homeland Security explains that the explosion would be followed by a “damaging pressure wave, and widespread radioactive material that can contaminate the air, water, and ground surfaces for miles around.”

The radioactive material is spread through what is known as fallout, a mixture of radioisotopes that was created during the atom splitting process of the explosion. The danger of fallout results—specifically, from gamma radiation—can cause acute radiation sickness. The large pieces of gamma radiation quickly shoot up and fall back to the Earth, but the lighter particles can spread quite a distance.

"Close into the [blast] site, they may be a bit larger than golf-ball-size, but really what we're talking about are things like salt- or sand-size particles," according to Brooke Buddemeier, health physicist and expert on radiation at Lawrence Livermore National Laboratory. She explains that the dangerous fallout does not resemble dust or snow, as often depicted in films. "It's the penetrating gamma radiation coming off of those particles that's the hazard."

While your immediate instinct may be to hop into your car, gather your family and drive away from the blast, your car is the least safe place after a nuclear blast, Buddemeier said. Traffic will likely be out of control, the car’s glass and metal won’t protect you from the fallout traveling at speeds you can’t outrun, and an unusual effect of electromagnetic pulse (EMP) may prevent your car from working—leaving you stranded.

Instead, Michael Dillon, a researcher from the Lawrence Livermore National Laboratory and author of the most commonly cited study on the subject of avoiding nuclear fallout, offers some organizing principles about what to do in case of a nuclear blast in your area.

According to Dillon, where to shelter becomes a fairly simple calculation of distance, time and type of available shelter.

Overall, the study indicates you should hide from fallout in the densest shelter, as soon as possible. A bomb shelter is ideal if you are lucky enough to be near one. Otherwise, “adequate shelters” are structures such as concrete or brick buildings without windows, basements, sub-basements, cellars, schools, parking garages, and large multi-story buildings. These structures will expose you to 1/200 of the fallout that you would receive outside.

During the explosion, if you find yourself in or near a less than adequate shelter such as a car, other vehicles or structures made of drywall, wood or metal siding, the study suggests moving to a better location if possible. If you can move to an adequate shelter within approximately five minutes, go immediately. If it would take closer to15 minutes of exposure, stay sheltered in place as best as possible, for up to 30 minutes, then move to the nearest adequate shelter. A large amount of the intense fallout radiation will have diminished by that time, somewhat reducing your exposure. Keep in mind that standing away from high ceilings and exterior walls can further protect people from fallout.

One important benefit of the study, Dillon explains: “The decision to transit does not require knowledge of the outdoor dose rate nor the overall fallout pattern.”

If you are outside during the blast, take cover behind anything. Lie flat on the ground and cover your exposed skin. After the explosion, the blast wave could follow more than 30 seconds later. Then, take shelter as soon as possible.

Once you reach your adequate shelter, FEMA advises you take a thorough shower or wipe down the exposed parts of your body with wet cloth. Take off your contaminated clothing, seal it in a plastic bag, and store it away from people. Avoid conditioner—which binds radioactive material to your hair—and don’t scratch or scrub your skin, but soap and shampoo thoroughly. Afterwards, wipe your eyelids, lashes, ears, and blow your nose to remove additional fallout.

While in the shelter, drink only bottled water and eat food from sealed containers. Assuming you are not suffering from lack of supplies, wait for emergency instructions, via all available communication sources. You should expect to remain in the shelter for at least 24 hours unless you receive contrary information from the authorities. Two weeks after the blast, the radiation will have diminished to approximately one percent of the original levels.

“No evacuation should be attempted until basic information is available regarding fallout distribution and radiation dose rates,” according to FEMA. Families should understand that sheltering must override concerns for reunification until the time is safe to begin evacuation.

When you receive the signal for evacuation, should occur at a right angle to the fallout path, away from the centerline of blast center—known as lateral evacuation. Some sort of respiratory cover should be used during an evacuation, even if it’s simply breathing through a cloth mask.

What People Can Do to Prepare

In advance of a nuclear attack, prepare an Emergency Supply Kit sufficient to last two weeks, including a hand-cranked radio. You’ll also need a family emergency plan about what to do in case of a nuclear blast, depending on where each person is at the time. Ask community officials about any local fallout shelters, and if there are none, create a list of adequate structures near your home, schools, and workplaces.

The bomb shelter industry is profiting from people’s fears, with a significant rise in sales during the recent tensions with North Korea.

Gary Lynch, the general manager of Rising S Shelters, has seen a recent increase in demand both in the U.S. and abroad. He says, “It’s all due to the rhetoric on what is going on in North Korea.” In fact in 2017, he’s already sold 67 shelters internationally--the majority to Japan--compared to only nine in all of 2016.

Despite the latest threat from North Korea, experts consider this a time for education rather than panic.

Julie Pullen, a professor at Stevens Institute of Technology who focuses on civil defense issues, explained, “I don’t think this is an imminent threat.” She adds, “[B]ut it’s an opportunity for people to learn about nuclear weapons, particularly younger people who didn’t grow up in the Cold War.”

Some citizens are concerned that not enough preparations are being made in light of the current state of affairs. Bay Area California resident Giorgio Cosentino asked his City Council what kind of local preparations were being undertaken.