After oral argument on Texas’s anti-abortion law, the Supreme Court appears sharply divided. Once again, the fate of women seeking abortion services rests in the hands of Anthony Kennedy. 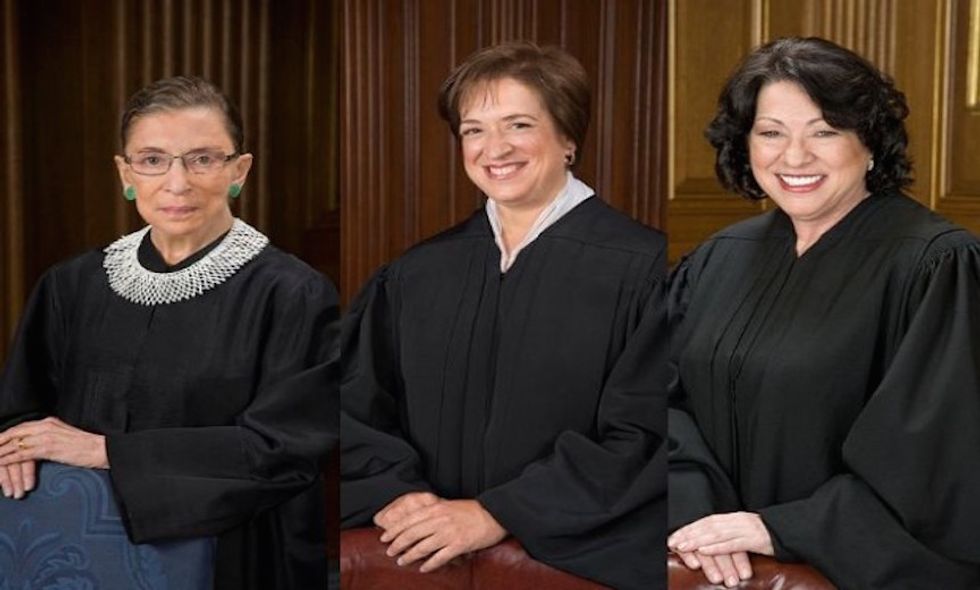 Last week, a sharply divided United States Supreme Court heard arguments in a major abortion case that could have serious implications for women’s access to abortion services across the country. The liberal justices--including the court’s three female justices and Justice Steven Breyer--asked pointed questions that left no doubt where they stood. Whether their views will prevail, though, rests with Justice Anthony Kennedy.

The Texas Law’s Restrictions on Abortions

The justices were hearing arguments about whether a 2013 Texas law unconstitutionally limits a woman’s ability to obtain an abortion. The law, known as HB 2, imposes restrictions on clinics that perform abortions. Two are at issue before the Supreme Court.

First, HB 2 requires that all abortions – even medical abortions done with pills – be performed in ambulatory medical centers. These facilities are essentially “mini-hospitals,” with, among other requirements, an operating room, designated storage space for general anesthesia, restricted access to surgical suites, and other items which are unnecessary for the vast majority of abortions. The law also requires that doctors performing abortions have admitting privileges at a hospital within 30 miles of the clinic.

In the months leading up to and following the statute’s enactment, the number of clinics performing abortions in Texasdropped from 41 to 19. If the court upholds the statute, the number is expected to drop to around ten.

Does the Law Impose an Undue Burden on Women?

In deciding this case, the court must determine whether these provisions unconstitutionally place an undue burden on the right to an abortion before the fetus is viable.

Attorneys for the clinics argued that the Texas law imposes an undue burden for two reasons. First, by shuttering 75 percent of Texas’s abortion clinics, the clinics would be unable to keep up with demand

, leading to delays in obtaining the procedure. Because so

few clinics remain to service the huge state of Texas, it would also lead to women having to travel large distances to obtain services. Before the law went into effect in 2012, fewer than 100,000 women lived over 150 miles from a clinic. Now, as Justice Kagan pointed out, that number is 900,000, with 750,000 women further than 200 miles.

Second, attorneys argued, these provisions were not necessary to protect the health of the woman and, in fact, made abortions less safe by delaying the time when women can obtain them. This position is supported by the American Medical Association, among other major medical associations.

The Liberal Justices Fire Back

On the other side, Texas’s solicitor general Scott A. Keller stated that abortion remained “legal and accessible” in Texas, with all major metropolitan areas continuing to have abortion clinics.

The liberal justices in particular honed in on the purported justification of the law--that of protecting women’s health.

In trying to massage the statistics surrounding distances women need to travel now to obtain an abortion, the state argued that women in El Paso who were more than 100 miles from a clinic could simply cross the border in New Mexico to obtain services. Justice Ginsberg, in her opening line of questioning, called foul, noting that New Mexico had neither the

ambulatory services nor admitting privileges requirements that the Texas law added. “So if your argument is right, then New Mexico is not an available way out for Texas because Texas says to protect our women, we need these things. . . .  Well, if that’s all right for the -- the women in the El Paso area, why isn’t it right for the rest of the women in Texas?”

The justices also pointed out the hypocrisy of singling out abortions, and abortions alone, for the increased “safety” measures. Justices Breyer and Kagan questioned why abortions were treated more stringently than colonoscopies, or liposuction--both of which are more dangerous than abortions.

Justice Sotomayor questioned why medical abortions, in which women take pills and do not have any surgery to abort, require the use of an ambulatory surgical center.

Justice Ginsberg pointedly asked, “As far as we know, this is among the most safe, the least risky procedures, an early-stage abortion. So what was—what was the problem that the legislature was responding to that it needed to improve the facilities for women’s health?”

Justice Breyer also questioned the necessity for the statute’s restrictions. He asked the state to provide examples from before the statute’s enactment of women who had abortion complications and were unable to get care at a hospital. The state conceded

that there were none. “What is the benefit to the woman of a procedure that is going to cure a problem of which there is not one single instance in the nation?” Justice Breyer asked.

What Is Likely to Happen?

The liberal justices’ questioning made clear where they stand on Texas’s law. With Justice Antonin Scalia’s death, there are three strong conservatives on the bench. Justice Thomas, who is famously reticent from the bench, did not ask any questions in this case. The two remaining justices’ questions showed that they believed there was little evidence that the abortion clinics closed or would continue to close because of the HB 2, thus eliminating, in their view, the possibility of undue burden. This leaves the tally at 4-3 against the bill, with Justice Anthony Kennedy, once again, the wild card.

First, Justice Kennedy could side with the liberal justices. This would mean that the Texas law would be held unconstitutional and the Fifth Circuit decision would be vacated, clearing the way for reopening of clinics and greater access to abortion services.

Second, he could side with the conservatives. This would result in a 4-4 tie. A tie would have the effect of affirming the Fifth Circuit’s opinion and the Texas law. However, with no majority, this would not result in a categorical weakening of the Casey standard nationally.

Third, as hinted in Justice Kennedy’s questions, the court could send the case back to Texas for further hearings or hold the case until a new justice is confirmed to break the tie. The immediate consequences of this would depend on what would

happen with the stay the court issued in June (again, a 5-4 decision with Kennedy as the swing), which temporarily blocked the enforcement of the admitting privileges provision of the law. If the stay remains in effect, the status quo would remain in effect too. If the stay were lifted, the number of clinics performing abortions in Texas would likely fall from the remaining 19 to under 10.

The court is expected to announce its decision in June, although the result may come sooner in the case of the third option.

The Broader Consequences of the Decision

The decision—particularly if the court goes with the third option—makes the appointment of Justice Scalia’s replacement a much more high-stakes proposition. An Obama appointee would likely side with the liberal judges, causing the abortion law to fall. Conservatives in Congress know this, and would likely do all within their power (and even without) to try to prevent the nominee’s confirmation.

If an Obama appointee is not confirmed in the coming year, it also is likely to put not only the Supreme Court but also the pro-life versus pro-choice debate at the forefront of the presidential campaign.

More directly, the decision could also have a great impact on women not just in Texas, but across the country. Thirteen states besides Texas have enacted similar laws—some of which have been upheld by lower courts and some of which have not. The Supreme Court’s decision could affect these states as well, and either open or close the door to other states enacting similar legislation.