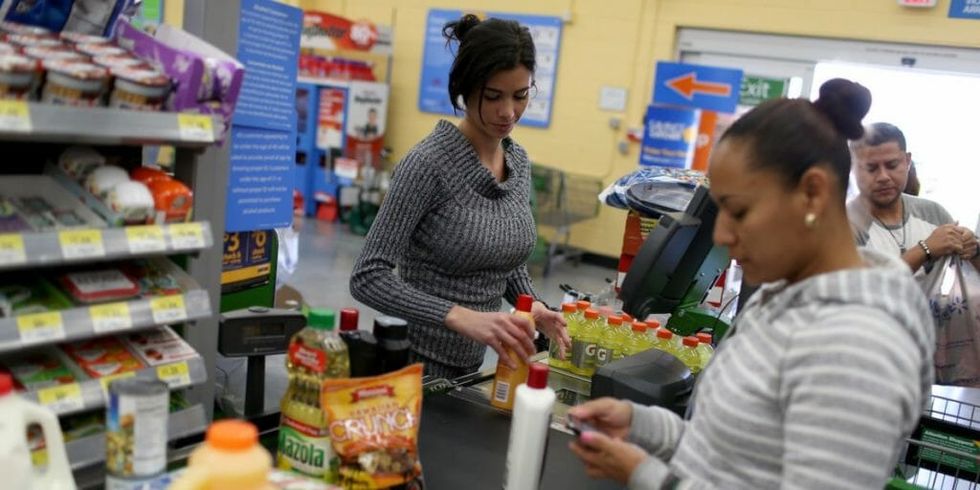 In the world of online shopping, unhappy customers can freely and anonymously voice their opinions. But the brick and mortar retailer will know little of their experience. It can’t tell if they are happy and spending money, or if they have a problem they will later complain about online. Walmart wants to change that.

The company is developing facial recognition technology that will detect frustrated or unhappy shoppers. Video cameras at the checkout lines will monitor customers' facial expressions and movements to identify customer dissatisfaction. If the system detects an unhappy customer, it will alert employees to report to a checkout register, in the hopes of alleviating shoppers' distress before they become unhappy enough to complain — or stop spending money. In addition to providing better service to its customers, the system will provide Walmart with data about how much each customer is spending and what they are buying.

"It is easier to retain existing customers than acquire new ones through advertising," said the company’s patent filing. "Often, if customer service is inadequate, this fact will not appear in data available to management until many customers have been lost. With so much competition, a customer will often simply go elsewhere rather than take the time to make a complaint."

This technology is just one of Walmart’s efforts to supplement the human experience — or replace it — with technology. The company recently replaced its in-store bookkeeping personnel with Cash360 machines that can count eight bills per second and 3,000 coins a minute. Walmart is also in the process of rolling out BOPIS pickup towers, 15-foot-tall self-service kiosks preloaded with online orders. The kiosks allow customers to bypass customer service to pick up items they have ordered online.

“Our Pickup Towers are the latest example of how we're using new technology to save our customers time in addition to money,” said Justin Rushing, Walmart spokesman.

The innovations also allow the retailer to save money on personnel costs. The Cash360 machines replaced 7,000 employees across the company. The company says those employees were given other opportunities within the company; one former accounting worker, for instance, is now a store greeter.

The quest to save personnel costs has led to an expanding role for technology in retail. Labor costs account for 10 to 15 percent of a retail business’s operating expenses, even though companies like Walmart, the largest employer in the U.S., remain opposed to paying a living wage. It may become a non-issue soon: The robots are coming.

As many as 7 million jobs are expected to disappear as retail robots become the norm. They are becoming the norm in the manufacturing process and warehouse sorting and shipping roles and increasingly take the place of human employees in the in-store retail experience.

In China, staff-free shopping is becoming a reality.  The widespread use of mobile payments — used 50 times more often than in the U.S. — has made stores with no employees possible. If a person takes an item out of a BingoBox store, for instance, their account is automatically charged.

BingoBox founder Chen Zilin predicts significant job losses in retail and doesn’t seem concerned. “Throughout history, professions have always disappeared. We don’t have blacksmiths any more, because there is no value in that.”

"Within retail, cashiers are one of the most susceptible careers at risk of being automated," said ZipRecruiter's Chief Economic Adviser Cathy Barrera. "This isn't necessarily news to Americans in the retail industry; consider the amount of self-checkout devices available at Target, CVS, and Costco, to name a few."

In 2017, tens of thousands of retail jobs have already been lost, in what is being called the retail apocalypse. As shoppers move online, physical stores close, and retail jobs go away. But losing retail jobs won’t necessarily be a bad thing, says Barrera. Retail jobs have traditionally been low-paying, with undesirable work hours, few benefits, little hope of advancement, and stressful contact with rude or abusive customers whose unhappiness requires no technology to interpret. Millions of retail workers are so poorly paid that they end up relying on public assistance, including food stamps and Medicare. As stores close, online retailers like Amazon are hiring; not only might that online job pay better, it can shield the employee from unhappy customers.