Take Two X-Boxes and Call Me in the Morning

The search for safer painkillers may lead to a new reality through technology. 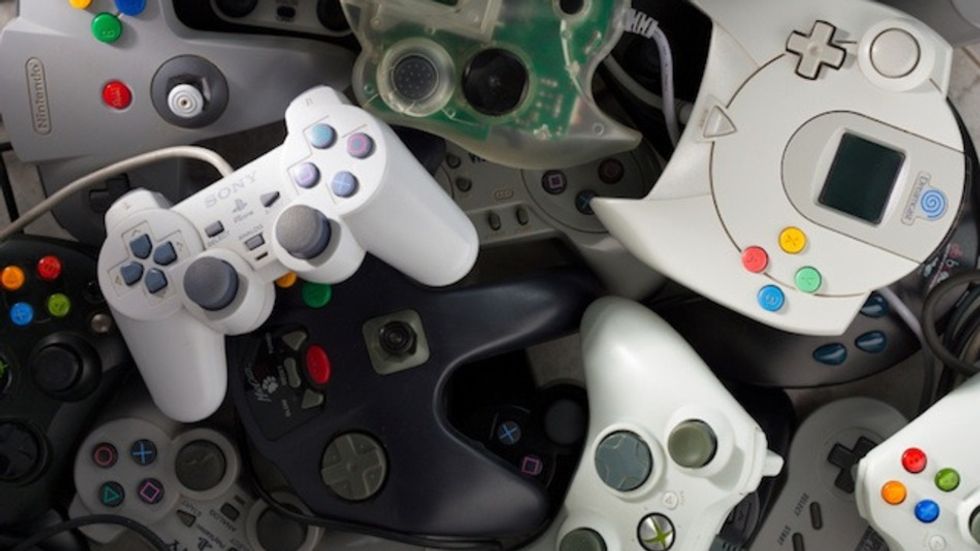 In 2014, the number of deaths linked to prescription painkillers reached 19,000, the highest number on record, leading the CDC to recommend that doctors dramatically reduce the number of prescriptions they write for painkillers, and try exercise, physical therapy and over-the-counter treatments before resorting to painkillers.

Or they could play a video game.

The Royal Society Open Science has published a study indicating that people suffering from pain can be distracted by a virtual reality video game. During the study, 27 participants submerged a hand in freezing cold water while they played a video game that combined visuals and music. They reported reduced pain while playing the game. Adding sound to the visual experience helped with pain reduction.

The combination of physical experience and a psychological response is already in use in cognitive behavioral therapy, and the researchers hope to promote the inclusion of sound in future treatments. “Virtual reality technology may serve as an effective non-pharmacological analgesic to aid pain management,” the research team says in their report. “This study clearly demonstrates the additional benefit of including sound within such systems in addition to the stimulation provided through the video display.”

“We need to be careful not to draw too many conclusions from a relatively small, lab-based study on healthy individuals,” said Edmund Keogh, of the University of Bath’s Department of Psychology. “After all, the level of pain experienced was relatively mild, controllable and less

threatening than the pain experienced by those in an actual clinical setting.”

However, virtual reality headsets or head-mounted displays (HMDs) are already finding a place in medicine. When patients at C.S. Mott Children's Hospital experienced virtual reality through HMDs, they reported that not only did they enjoy the games, their pain was reduced while playing them.

Excedrin has developed a virtual reality simulator that mimics some of the common effects of a migraine. The goal is to increase empathy by helping non-migraine sufferers understand the experience better, although so far it has mainly been used as part of a marketing campaign.

Virtual reality isn’t limited to the patient side of medicine. Neil Martin, chair of neurosurgery at UCLA, and his team are working with  technology developed by a company called Surgical Theater that uses virtual reality headsets to let surgeons journey inside their patients’ brains to explore tumors in advance of surgery.

In April, doctors in the U.K. live-streamed a cancer surgery for an audience of medical students. The website Medical Realities made the event available as a 360-degree, virtual reality experience. Dr. Shafi Ahmed, Barts NHS leading surgeon and co-founder of Medical Realities, a medical training company in the UK, performed the surgery using augmented reality (AR) and VR technology. In 2014, he live-streamed an operation using Google Glass.

Virtual reality may not replace medicine, but it offers opportunities. At the very least, it’s a powerful distraction that allows patients a chance to leave the real world — and their pain — for a little while.